Michigan Records No Covid Deaths for First Time Since Mid-March 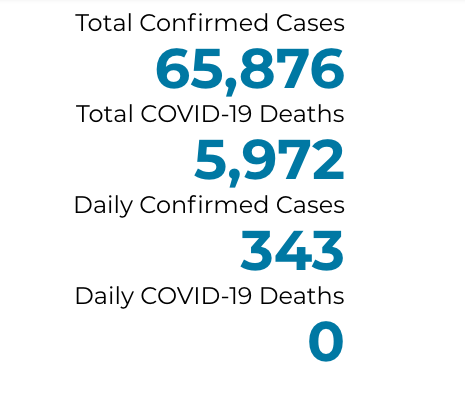 For the first time in nearly four months, Michigan on Sunday recorded no Covid deaths.

The rolling seven-day average for daily new cases in the United States reached a high for the 27th day in a row, climbing past 48,000 on Sunday, according to The Washington Post’s tracking. Coronavirus-related hospitalizations rose to their highest levels to date in Arizona and Nevada

On Saturday, President Trump declared that “99 percent” of Covid cases are “totally harmless," a statement that drew wide criticism as demonstrably false.