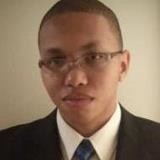 DeAndree Watson, a 30-year-old policy analyst for the Detroit City Council, was found dead Sunday in Westland, an apparent victim of a murder-suicide, The Detroit News reports.

Early Sunday morning Westland Police responded to an OnStar panic button in the  37000 block of Willow Lane where they found Watson inside his vehicle, the apparent victim of a homicide, a police press release said.

Police followed up with a visit to a nearby apartment where they found Deontez Jones of Westland dead from an apparent self-inflicted gunshot wound.

"These incidents appear to be connected as both were known associates of one another," the release said.

Watson, a University of Michigan graduate, was headed to law school in the fall.

Council President Brenda Jones said Monday that members and staff are "heartbroken," The News reports. She described him as a legislative genius who had a bright future.