Tigers prepare for a semi-season with danger on the schedule

A truism in sports and in life -- "uncertainty hangs over everything" -- fits Major League Baseball's effort to pull a two-month season from the wreckage of 2020.

Freep sportswriter Jeff Seidel drops the phrase in a report on how the Tigers and the sport are in a "vulnerable place:"

If there is reason for hope for the Tigers this season, if there is reason to be excited about a short season, it starts with [Miguel] Cabrera. He is in great shape and looks like someone who could carry a team, at least in the short term, if he can stay healthy.

The ball is jumping off his bat. You could see it in spring training in Lakeland, Fla., and it’s continued into summer camp in Comerica Park.

But uncertainty hangs over everything. This season remains in a delicate, vulnerable state. Everything hinges on the accuracy of the [Covid] tests and the discipline of the players. Some bad tests or even some boneheaded players who don’t follow the rules on a road trip could end all of this, infecting an entire team. ...

It would be a shame if we don't get to see what Cabrera could do this season, at least for a little while, on healthy legs.

Seidel quotes manager Ron Gardenhire on the off-field challenges ahead:

"I am worried about the players, once we get on the road, taking care of themselves,  and not get[ting] out in the community so we all stay safe. Those are the biggest worries we have."

It's "play ball" in under three weeks, though we won't be buying some peanuts and Cracker Jack at the ballpark.

The Tigers start a plague-shortened season July 24 in Cincinnati and play the year's first home game three nights later against the Kansas City Royals. Both stadiums will be empty as local fans watch on Fox Sports Detroit or listen at WXYT-FM ("97.1 The Ticket"). 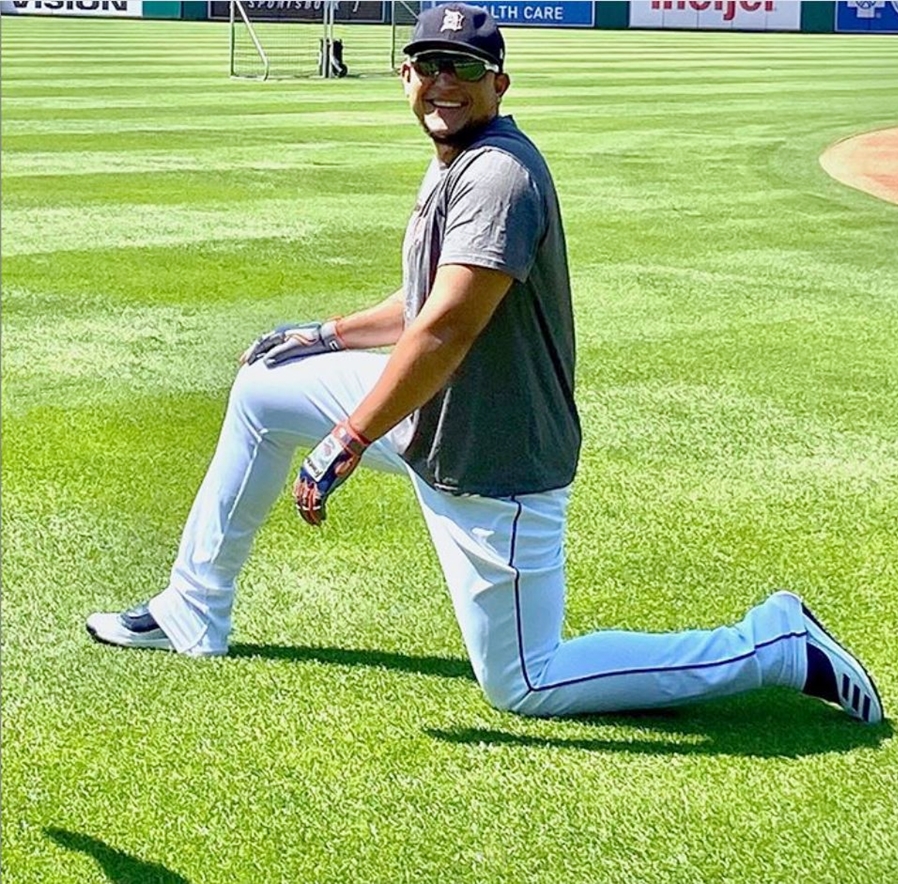 Detroit players will take only 10 road trips to six states, all within the Central Division to avoid health risks from long flights. The longest away stretch is seven games.

In addition to the Reds and Royals, opponents are the Brewers, Twins, White Sox, Indians and Pirates.

The Tigers play 10 games against each American League Central rival. They host each National League division team except the Pirates.

"M.L.B. Stumbles Out of the Gate," a New York Times headline says Monday above a look at this decidedly weird semi-season:

Like other industries in the United States, M.L.B. is trying to find its way in the grim new reality of pandemic life. The coaches and some players wear masks, news media access is severely limited and everyone practices social distancing as much as possible. ...

Players will be tested ... every other day through the end of the World Series, and bad news has already been pouring in. ... Many players have tested positive for the coronavirus.

Some major leaguers choose to stay off the field because "the risk, for a two-month season, was simply not worth it," The Times adds.