See any problem with this display? (Hint: It's not that women outnumber men 30 to 12.)

It's another obvious imbalance, one that's draws social media attention locally in a summer of wider discussions about systemic inequality and implicit bias.

The photo array was posted two weeks ago on Facebook by Casey Hurbis, chief marketing officer at the Quicken Loans parent company, to welcome "our incredible marketing interns," who are working virtually this summer. Nearly all 42 recruits in the Class of '20 are white, except for a handful of Asian American interns.

Here's how a national journalist from Detroit reacts on Twitter:

A) No Black folk applied?
B) And if the answer is no, which I doubt, were there any recruiting efforts made at local colleges and universities?

That's from a Michigan State University graduate ('13) working in Washington, D.C., as HuffPost front page editor. His Thursday night post has over 1,300 retweets and comments. "They are missing out on talent, drive and ingenuity," comments Bernard Parker III of Detroit.

Another online critic, "change manager" Adrienne C. Barr of Salesforce, a San Francisco tech company, tweets: "Don't call this an oversight. Don't call this anything but what it is. You see this all over LinkedIn. Proud displays of shameful exclusion of racial minorities in cities where qualified Black talent is begging for work. It's just plain wrong."

'We definitely have a problem'

Peter Ukhurebor, an African immigrant working in Detroit as a web designer and minority training leader with a nonprofit called One Block of Detroit, reacts on Facebook: "When we talk about diversity, this is a perfect picture of what the problem is. These are the young people who will lead tomorrow, and if this is the picture of what it will be we definitely have a problem."

Rocket Mortgage, a four-year-old company that's one of the first fully online mortgage lenders, is part of the Detroit-based Quicken Loans network that sprouts from a suburban business Dan Gilbert co-founded in 1985. Siblings include Rocket Loans, Rocket Homes and Rocket Auto. 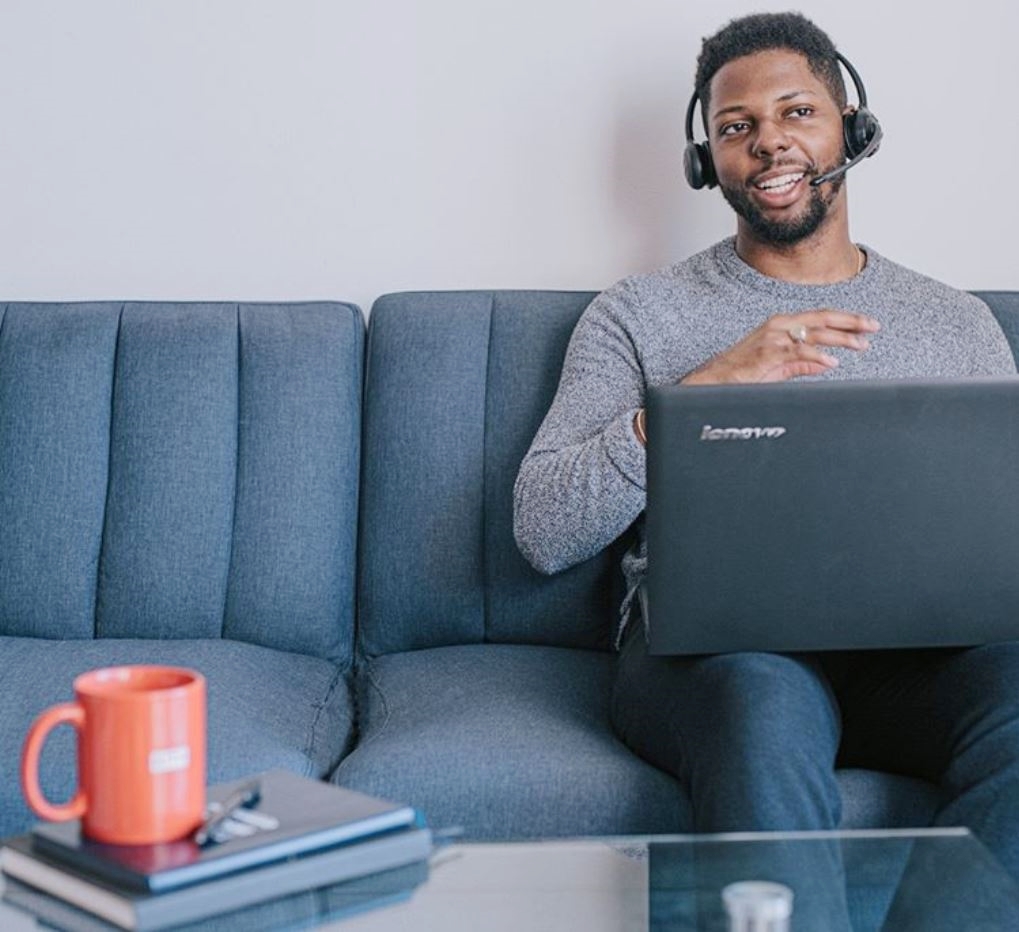 The image that was shared on social media is not representative of our intern class at The Rock Family of Companies. Those pictured are only a small subset of our 600 interns from 26 states who are working remotely with us this summer.

Regardless of that fact, hiring diverse talent – from Detroit and across the country – is a top priority. We are partnered with the Historically Black Colleges and Universities and diverse student organizations at many other universities to recruit top talent.

That is one segment of our action plan to address race, equity and inclusion. We understand we have opportunities to improve in hiring and we are committed to doing better.

Talk of "doing better" echoes a statement by Gilbert three years ago to the month after another embarrassment.

"We screwed up badly," he acknowledged amid an outcry over a downtown window display by his Bedrock real estate division of mostly white faces and the phrase: "See Detroit like we do." The founder said "the slogan/statement we used on these graphics was tone deaf, in poor taste and does not reflect a single value or philosophy that we stand for at Bedrock Development or in our entire family of companies."

And yet 36 months later, similar optics arise. "They had 3 years to change and it still hasn't happened," tweets Deadra Rahaman, a Detroit advertising and branding consultant.

'Rooted in the fabric'

Karen Dumas, a Detroit communications strategist, tells Deadline that after seeing the interns photo earlier she "reached out to three members in leadership at Quicken" to discuss "the lack of diversity and the seemingly apparent celebration of such." They shared the points above in a conference call, according to Dumas, who adds in part:

"Their efforts are internal and ongoing to change a culture that is rooted in the fabric of this country; the solution is in their continued efforts, but won’t happen overnight. I know and trust those who shared their insight and encouraged continued dialogue and openness to constructive critiques.

"Bottom line is that there can't be 'diversity' on teams for the sake of adding color. Those voices and views have to be included and respected for the uniqueness and value that they bring and offer. And they have to know that they are in an environment where they don't feel afraid to speak up for fear of being ostracized or fired.

"To find these contributors, companies and recruiters have to go beyond their usual space. If they don't know, ask someone who does. And, they will have to set aside any preconceived notions (personal or policy) in order to objectively review and welcome others."

At Rocket, "opportunities to improve in hiring" include the opportunity to replace this photo on a Rocket Careers page for the full-time marketing and communications team: