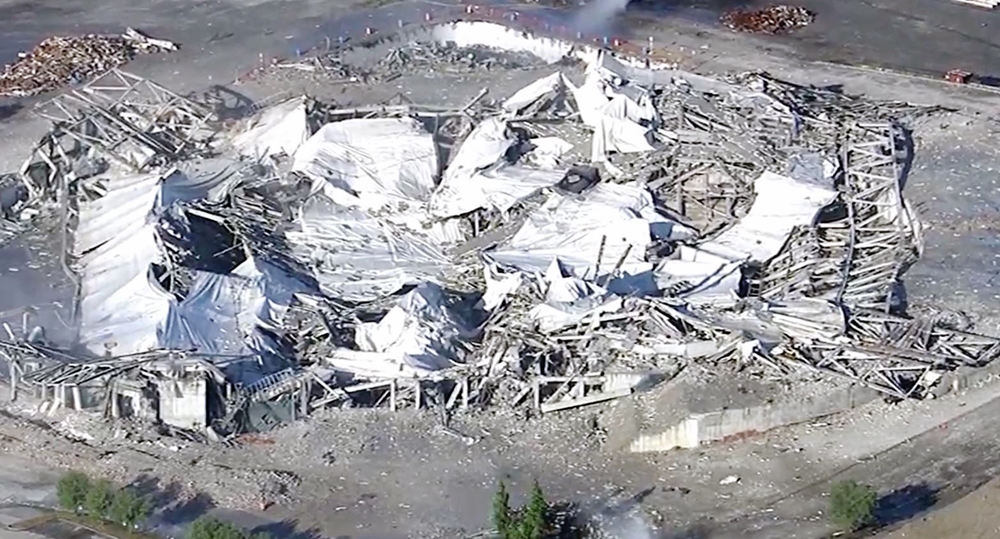 A WXYZ helicopter view of the remains, moments after Saturday morning's implosion.

Eight hundred pounds of dynamite leveled the last of the Palace of Auburn Hills in a Saturday morning implosion, as shown in a short video and longer version below.

Explosives brought down 22 reinforced concrete columns, each four feet around, and the roof sitting on them. 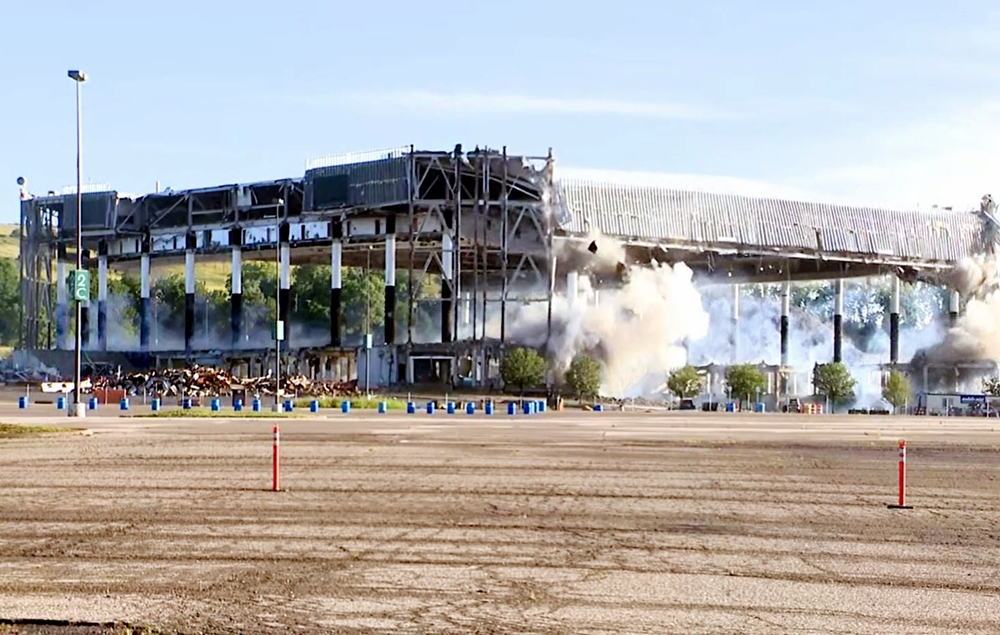 Demolition began in March. Detroit News columnist Neal Rubin looks back at glory years for the destination alongside I-75 and Lapeer Road:

The 22,000-seat arena had been awash in cheers and spilled beer from its opening on Aug. 13, 1988, with a Sting concert to its final event, a Bob Seger show on Sept. 23, 2017. Seger brought down the house figuratively with the last notes of  "Rock and Roll Never Forgets" nearly three years before [dynamite brought] down the house literally.

The Detroit Pistons, whose former owner, Bill Davidson, built the Palace, left for Little Caesars Arena in Detroit after the 2017 season.

Current Pistons owner Tom Gores announced in June 2019 that the building had been sold to a joint venture comprised of Gores and the Livonia-based development company Schostak Brothers & Co. ... The site is scheduled to hold 1 million square feet of mixed-use office and research and development space.

The News posts this 20-second video of the action, as well as a five-minute full experience below it:

And just like that, 33 years of history is gone #thepalaceofauburnhills@DetroitPistons