Starting next week, cranes will be assembled at this two-acre footprint, vacant for 22 years. (Photo: Google Earth)

Groundbreaking was more than two and a half years ago at Detroit's most-watched empty block. Now the two acres of prime real estate on Lower Woodward will gain a pair of massive construction cranes, a visible progress sign where Hudson's flagship stood until fall 1998.

"This is a huge milestone for us," Bedrock's construction vice president tells Crain's Detroit Business. The executive, Joe Guziewicz, adds: "We expect the pace of construction to pick up accordingly."

The two cranes, one 194 feet tall and another 213 feet tall, are being put together over about a week at the former J.L. Hudson's department store site to begin work on building bases and eventually begin erecting structural steel that is expected to be visible at grade level beginning in April. 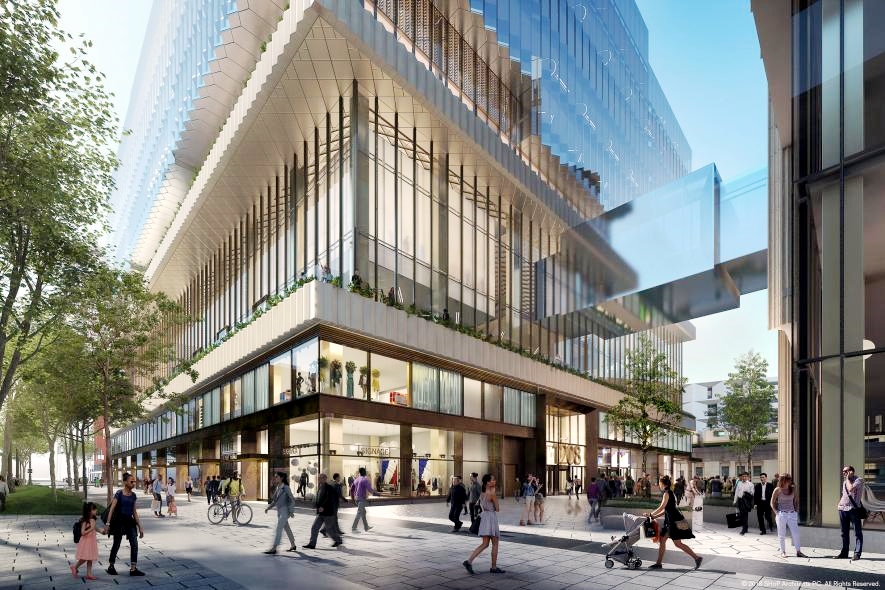 The showcase project by Dan Gilbert's development division will have a pair of buildings with 150 residential units, more than 200 hotel rooms, 402,000 square feet of office space, plus stores and event space.

For now, the working name is Hudson's Site Development until Bedrock negotiates a naming rights deal with a major tenant or slaps on its own branding.

The taller crane will raise steel for a 680-foot tower that will be Michigan's second-highest building, outranked only by the 727-foot Detroit Marriott at Renaissance Center.

Bedrock said [in mid-March] that cranes were expected to be delivered and assembled beginning April 3, but that was delayed by a 40-plus-day halt in construction prompted by the arrival of the global pandemic in the state. ...

It's still a long road ahead for the project. The [smaller] portion is now expected to be completed by the end of 2023, with the skyscraper portion being complete by the second quarter of 2024.

By December or January, elevator cores should start appearing above grade level, with structural steel being visible to passersby at street level by April.