Video: Detroit Police Investigate a Cop's Chokehold on a Protester 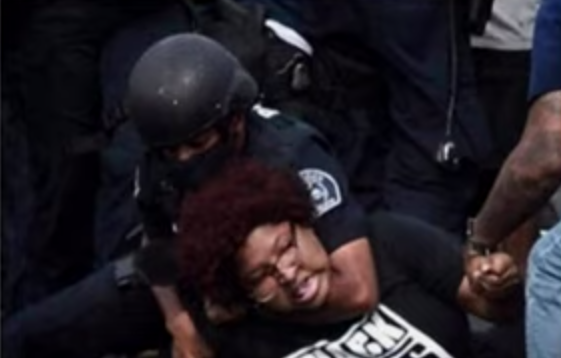 Detroit Police said Sunday they are investigating a cop's use of a chokehold on a protester Friday night.

The investigation came after this photo surfaced of Detroit Will Breathe organizer Nakia Wallace being restrained with an officer's arm around her neck,  WDIV reports.

“I was pushed back. I held my ground and I continued to scream. Three officers took me to the ground and after I was already on the ground one, of them put me in a choke hold,” Wallace said. “Why am I telling this story? Not for personal sympathy because this is the treatment we get when our communities come out and we demand accountability.”