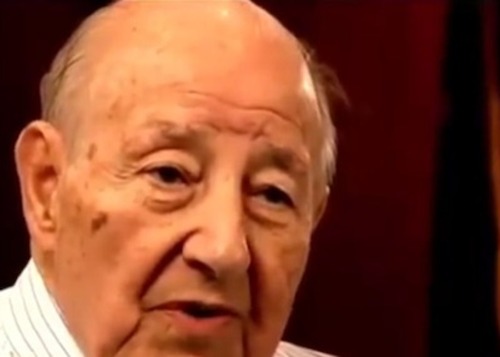 Moroun amassed his fortune through a nationwide trucking network from his Warren-based business, Central Transport, plus real estate, logistics and his bridge. In the latter years, his son Matthew Moroun ran the businesses.

His ownership of the decaying train station on Michigan Avenue in Corktown made him unpopular. The depot became the backdrop for out of town TV reporters hoping to show the decay of an industrial city. Last June, the family sold the station to Ford Motor Co. for $90 million.

Moroun also battled the state over the building of the Gordie Howe International Bridge, which is underway. He wanted to build a second span for his bridge.

Moroun, who counted Jimmy Hoffa as a friend, was a reclusive, bare-knuckle businessman who came to much infamy for the dereliction of his properties, including the old Detroit Train Depot.

Moroun built an economic empire based on trucking, real estate and toll collecting, making himself one of the richest men in the U.S. From behind his hardwood desk, he has crushed competitors, bruised egos and sired powerful enemies: the Canadian government, the American government, the governor of Michigan, the media, ordinary people, even priests who say he put profit over people and tag him with the titles of slumlord, monopolist and mobster.

In a letter addressed Monday to the "family" within Morouns' many businesses, Matthew Moroun said his father "passed away peacefully at his home of congestive heart failure" surrounded by family members, Crain's reports.

"While there is great sadness, there are more reasons to feel blessed by his time with all of us," Matthew Moroun wrote in the letter. "My dad loved his family and that extended to his work family. He poured his heart into his work and over seven decades spent his time leading and protecting us."

LeDuff wrote in a profile of Moroun in the Freep:

Manuel J. Moroun was born in June 1927, two weeks after the first shovelful of dirt was turned for the Ambassador Bridge. Ironically, the family's home in Windsor was expropriated and demolished to make room for it. The money for the house allowed the Morouns to move to Detroit.

Forty-nine years after his birth, he bought the Ambassador Bridge.