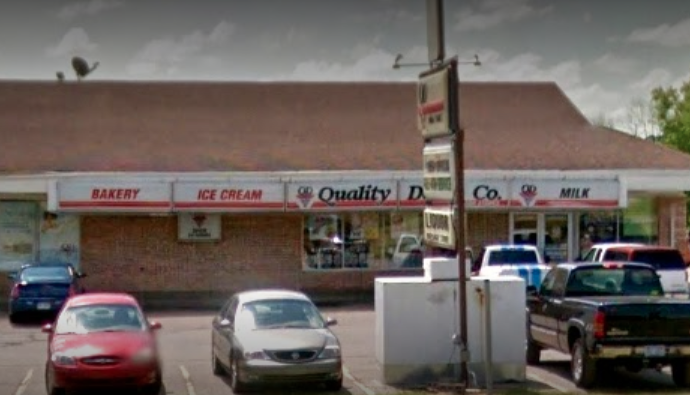 Masks continue to be a contentious issue and led to a deadly confrontation in mid-Michigan today.

A Lansing area sheriff's deputy on Tuesday morning fatally shot a 43-year-old state employee shortly after the man stabbed a 77-year-old customer outside a Quality Dairy store in Windsor Township, the Lansing State Journal reports. The dispute was over a mask.

The incident began inside the store on Lansing Road and Old M-78 around 6:45 a.m., police said. The older man, who was wearing a mask, confronted the younger one, Sean Eric Ruis of Grand Ledge, who was not. Ruis was refused service in the store.

The argument spilled into the parking lot, where the stabbing took place.

Ruis drove off. About a half-hour later, an Eaton County Sheriff's deputy made a traffic stop several miles away in a Delta Township neighborhood. Ruis got out of the car and approached the deputy with a knife, Michigan State Police said. The deputy backed off.

When Ruis approached again with a knife and refused to drop it, the deputy shot him, the Journal reports. He died at a hospital. The stabbing victim was in stable condition.

Ruis was Michigan Department of Transportation technician since 2008, The Detroit News reports.

The incident happened on the second day of Gov. Gretchen Whitmer’s order requiring masks inside businesses.