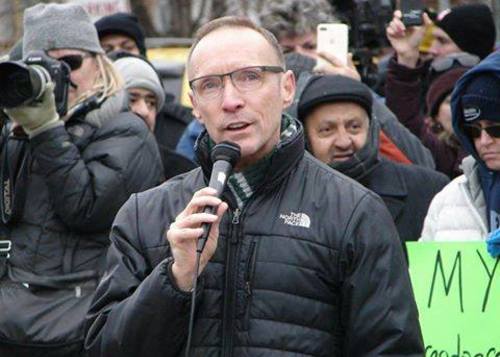 Oakland County Executive Dave Coulter is seeking a review of a judge's decision to put a 15-year-old in juvenile jail for a probation violation when she failed to complete her online classwork.

In a Tuesday story that has received national attention, ProPublica reported that the unnamed girl was sent to Children's Village by Oakland County Family Court Judge Mary Ellen Brennan, where she has remained for months in the midst of the pandemic.

“I spoke with the Judge this evening. ... While there are many more details that she is unable to share with me and the public to protect privacy of the minor and their family, I believe a review of this case within her court or during an appellate process is required.

"It has been a top priority of my administration to keep the young people and employees safe at Children’s Village during the pandemic and that includes limiting residency to immediate safety risks.”

The Birmingham Public Schools student wound up on probation last fall after having problems with her mother, ProPublica reported (with names changed for privacy).

... someone called the police after hearing (the mother, Charisse) crying “Help me!” and honking her car’s horn. Grace, upset she couldn’t go to a friend’s house, had reached inside the car to try to get her mother’s phone and had bitten her mother’s finger and pulled her hair, according to the police report.

Police released Grace to a family friend to let the two cool down and referred the case to Oakland County court, where an assault charge was filed against her.

Weeks later, she picked up another charge, for larceny, after she was caught on surveillance video stealing another student’s cellphone from a school locker room.