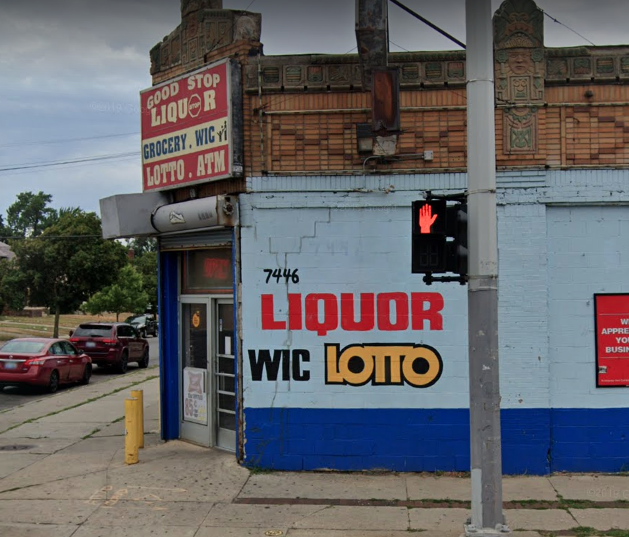 The young white guy was disoriented.

Which way to Six Mile, he asked a Black man standing beneath the sign for the Good Stop Liquor store on McNichols Road.

The store was a few doors down from the scene where police had shot and killed an armed Black man days prior. The man had tried to kill police first, bodycam video shows.

You're on Six Mile, the Black man said with astonishment. It's called McNichols in the city, and Six Mile in the suburbs.

A crowd of mostly young white people was now gathering at McNichols and San Juan Drive for a vigil honoring the dead man, Hakim Littleton.

"How do you lead a Black movement with hardly any Black people?" wondered Todd Smith, a local resident.

No doubt their intentions were pure to themselves, these inscrutable white bourgeoisie, wearing yoga shorts and carrying chain purses, outfitted in Doc Martens and tattoos. Racial brotherhood is a noble thing, after all.

But the Black people from the neighborhood saw them as bored middle-class tourists in search of escape from routine, anxiety, mom's hang-ups.

To the struggling Black working class, the outsiders knew little of them or this place, not even the fact that McNichols is Six Mile and Livernois is the Avenue of Fashion. The outsiders did not bother to introduce themselves to the insiders, much less ask what it is they wanted before deciding to rally at the foot of their block.

And that is where the rub lay.

"They're just out here for something to do," said Stephan Coachman, 32, an auto worker who lives here. "They don't KNOW. You hear what I'm saying? They don't KNOW. And they will never KNOW."

The neighborhood is not talking about the injustice of Littleton's death at the hands of police. They, too, saw Littleton level a handgun at police and fire. They saw it in real life.

"To tell you the truth, any of us in that situation would have lit him up too," said Smith. "At the end of the day, I'm going home. Same feeling the police got, I'm sure."

'Have to do better'

It was, police sources say, people from the neighborhood who fingered Littleton and his friend Darnelle Sylvester as possible suspects in the Independence Day mass shooting at a block party on San Juan, a shooting that left three people dead and six injured.

One body lay in the driveway next to the home of Gwendolyn Rogers, a General Motors retiree. There were no police that night checking in, Rogers recalled. Then it took the police a whole week to come out to investigate. "Can you believe that? We all might be lost in America, but our children don't have to be. We have to do better."

The injustice the neighbors do talk about is the injustice of their lives. The lack of park space on the west side of Livernois. The no-good schools that are falling apart. The dead tree limbs that lay on the murder strip, the city refusing to come pick them up. The paucity of grocery stores, the desert of health care.

Agitated, Coachman drifted southbound toward the weird and shifting scene on the corner: White suburban guerrillas with a personal investment of virtually nothing on one side. On the other, black men wishing to speak for themselves and being heard by almost no one across McNichols who were presuming to fight in their name.