For generations, one brand stood for quality in American-made bicycles: Schwinn. But beginning in the 1970s, a European invasion, the expansion of cycling into the adult market and changing market tastes pushed Schwinn aside. Bad management, offshore manufacturing and corporate raiders led to an overall cheapening of the name, and the brand seemed to be well into its twilight years. 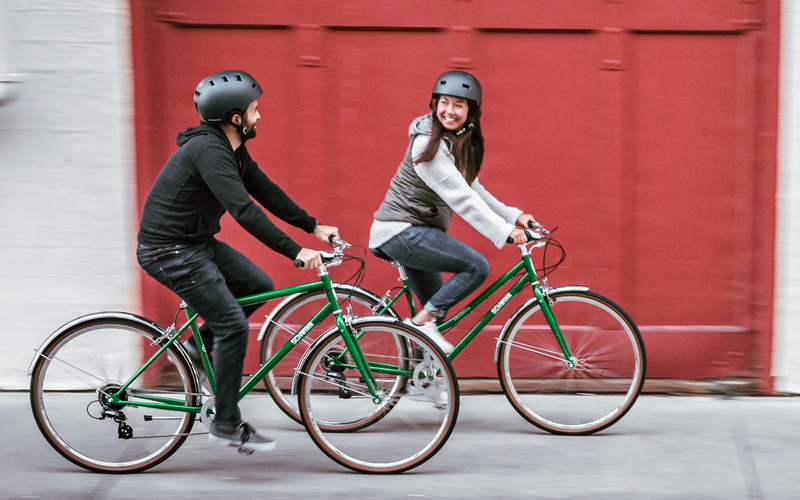 Today, Detroit Bikes, which has manufactured and sold its own line for nine years, will make frames for a revived and refreshed Schwinn Collegiate, one of its most popular models, introduced in 1965.

“It’s a really tight schedule,” (Detroit Bikes owner Zak) Pashak said of plans to build the revived Schwinn model. “This is the first time Schwinns have been manufactured in the U.S. in a long time. Manufacturing has been decreasing in the U.S., and this is a big step to change that. We’re going to need to step up our game for this one. But we’re ready to take on the challenge.”

The Schwinn Collegiate to be produced in Detroit is intended to reflect the leisurely aesthetic evoked by the 1965 version, says Ryan Birkicht, senior communications manager at Schwinn Bikes. They will be painted in classic Campus Green. A nod to the present is its eight-speed grip-shifter, an upgrade from the five-speed lever-shifter on the original.

The Collegiate is expected to be priced at $998 per copy and available as early as next month through Walmart.com. "Walmart is our No. 1 retailer,” Birkicht said.

Anyone shopping for a bike this summer knows how hard it is; the pandemic disrupted supply chains, and increased demand from a cooped-up public has stripped showrooms of anything with wheels. The Schwinn website touts the Detroit Bikes "expert craftsmen" and the bike's "vintage inspiration."

The new Collegiate should be available as early as August.