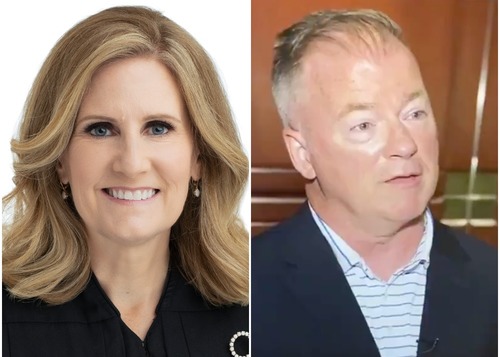 As outrage grows over an Oakland County judge's decision to incarcerate a special needs high school student who didn't complete her online coursework, at least one person defends the judge.

In an interview with WWJ, Lennon called it a "the biggest misconception" that the 15-year-old girl, who attends Groves High School, was jailed over schoolwork, saying that his wife sought to prevent the girl from assaulting her mother.

"One of the choices my wife had to make is was she going to send her back to the home, while there was a stay-at-home order in place, so that those two people could be in the same house, and her mother may potentially be subject to more assaults by her daughter," Lennon said.

The teen was on probation for larceny and a Nov. 6 incident in which she bit her mother's finger and pulled her hair, according to a police report reviewed by ProPublica. Over the past two or so years, the news outlet reports, her mother turned to the police several times when the girl yelled at or pushed her.

But ProPublica reports there was no evidence the incidents continued after November's assault.

In the months following the two incidents, Grace and her mother participated in individual and family therapy and Grace stayed out of trouble.

Charisse told a court caseworker assigned to the case that other than being irritable and getting “cabin fever” from being shut at home during the pandemic, “nothing significant” had taken place between the mother and daughter. There was no police contact after the November incidents, records show.

The girl was jailed in mid-May.

Protests have been held at the courthouse since the report was posted Tuesday and motions have been filed for the teen's release. Oakland County Executive Dave Coulter has called for a review.