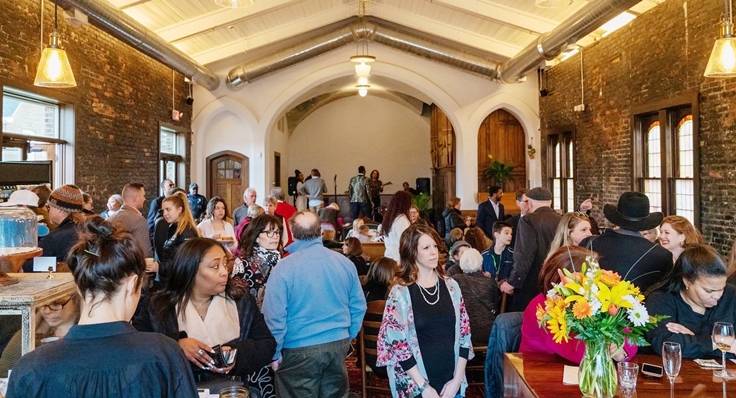 This scene from the era B.C. (Before Covid) shows opening night guests in early March, about a week before everything changed. (Photo: Facebook)

Timing matters as much as location for a business born in a year unlike any other.

The Congregation, a cafe, bar and event space in a 1920 church near Detroit's Boston-Edison neighborhood, hosted its opening event March 5. The following Tuesday, Gretchen Whitmer declared a statewide health emergency and four years of progress toward the new venture abruptly froze. 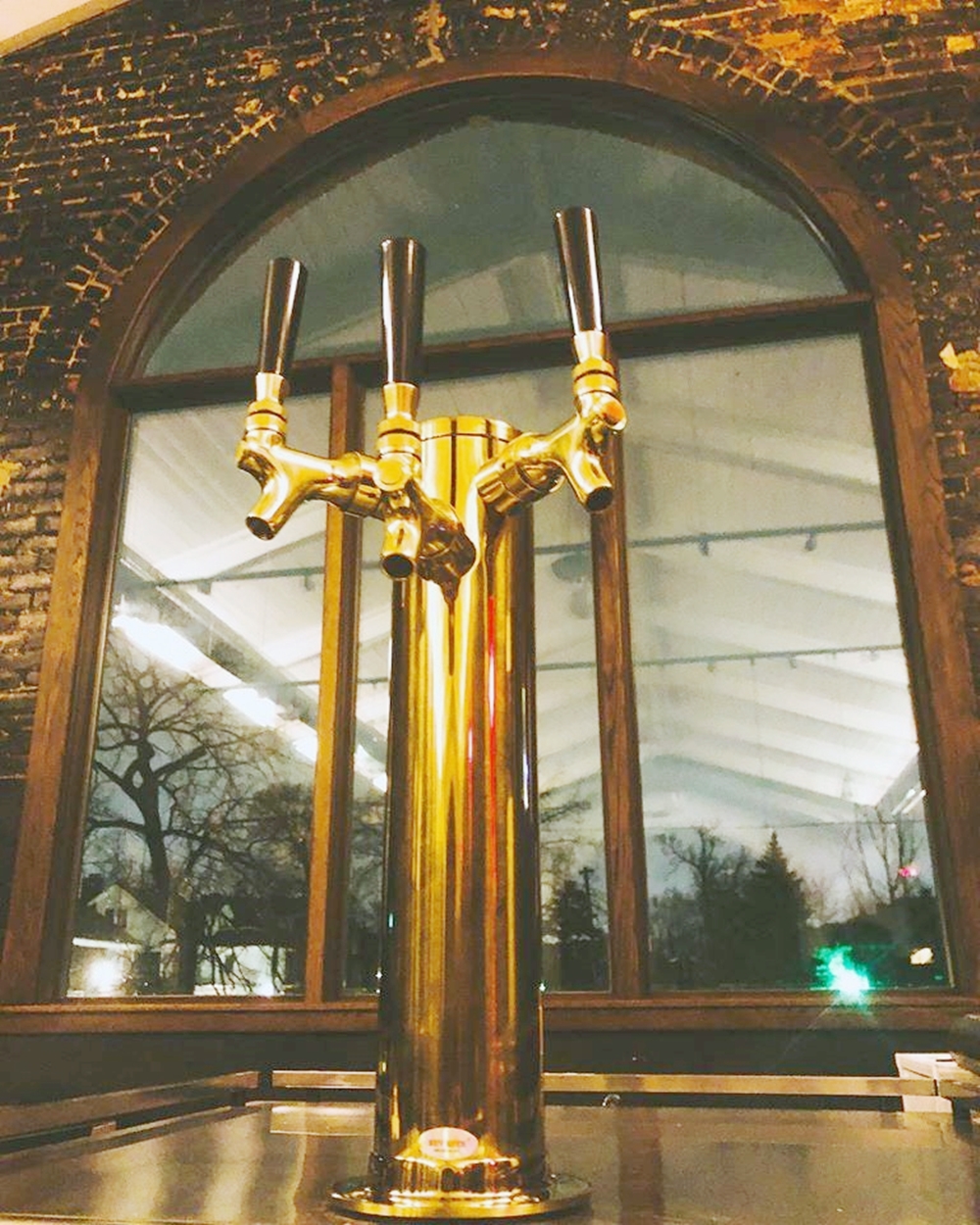 This snazzy bar backdrop is part of the century-old building.

A business partner's preview post takes on a new meaning now: "Cheers to 2020 being one for the books," Betsy Joye Murdoch said alongside a work-in-progress Instagram on the second day of January.

Choose words carefully -- they can come true in unexpected ways.

After limping through spring with a takeout menu, The Congregation began rear deck service June 16 and reopened the inside early this month with a new menu. Selections include five breakfast items, seven sandwiches, salads, snacks, a full coffee bar, nine wines, draft and bottled beer.

The newcomer at 9321 Rosa Parks Blvd., on the corner of Atkinson Street, is open Tuesdays through Sundays. A "Summer Friday" promotion runs from noon-6 p.m. through Sept. 18 with $5 cocktails and $1 off wine or beer. Private events aren't being booked yet.

The 100-year-old former church, which served several congregations over its ten decades, had been empty since 2014 when Murdoch and others bought it in 2016. It's just a block from ground zero of the 1967 uprising (12th and Clairmount), but wasn't damaged significantly. 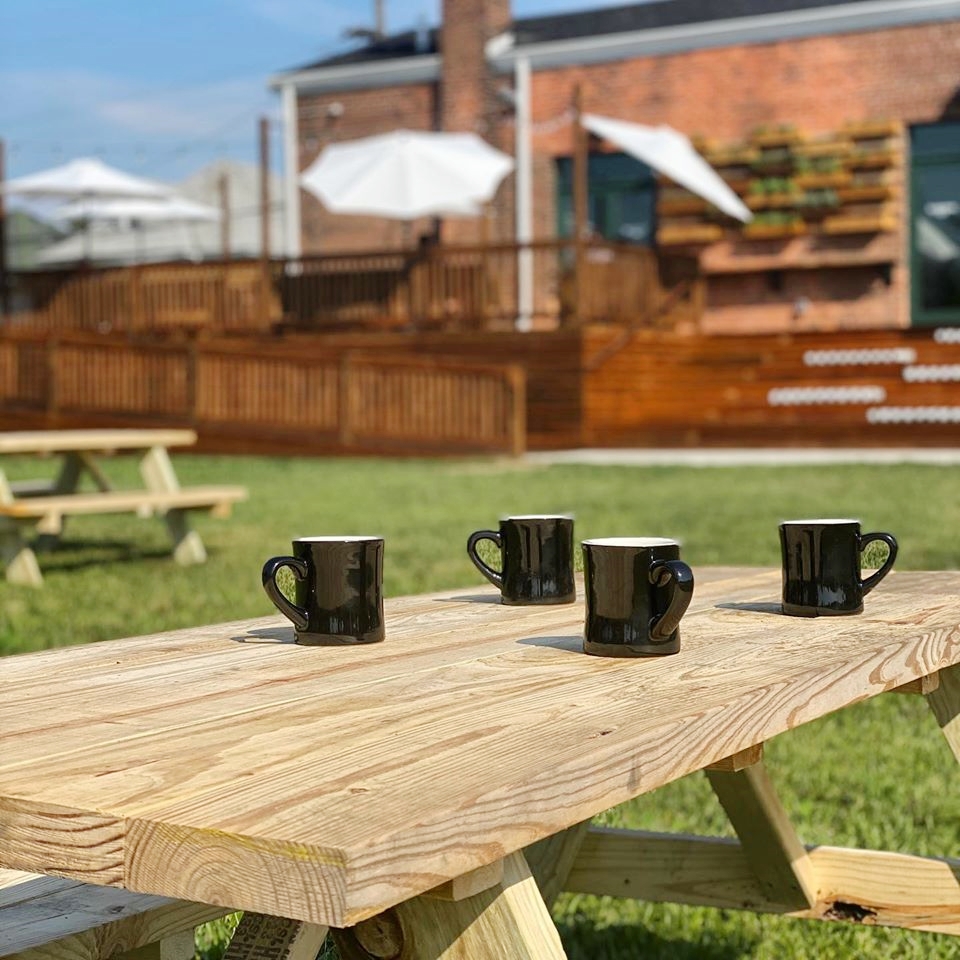 In addition to a deck, picnic tables in the yard offer Covid-era distanced seating.

Curbed Detroit reported in February on the renovation:

As part of the redesign, architect David Iannuzzi of Iannuzzi Studio tried to retain as much of the building’s church-like elements and historic features as possible. In the main 2,500-square-foot space, originally the nave, a number of components were retouched or restored, including the vaulted ceilings, stained-glass windows, wood paneling, light fixtures, and pipe organ near the raised altar.

Several items were also repurposed, like the pews converted to bar countertops, the window lintels that are now around the doors, and other sections of stained glass that will become transoms. ...

The cafe has an open feel with no wall barrier between the cafe and beverage prep area, and comfortable sofas and wood tables. The large and central arched window was uncovered with double-pane glass installed—the space now fills with light during the day. 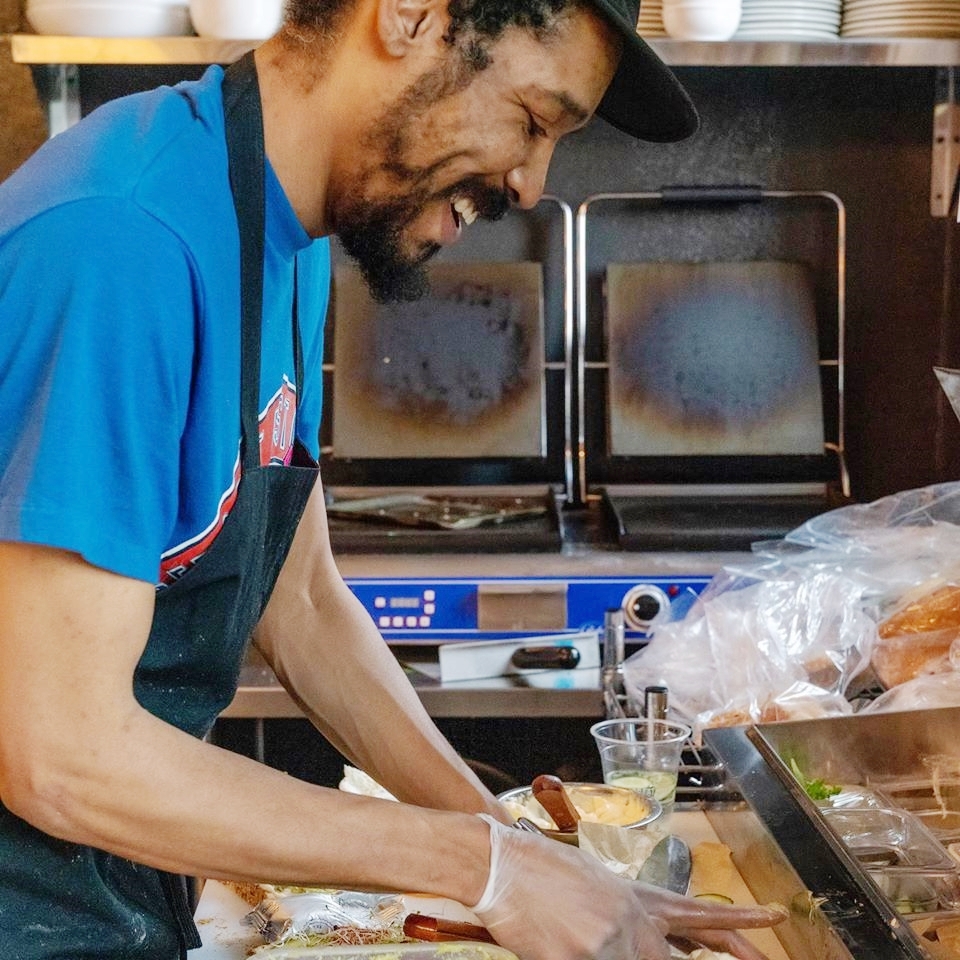 These scenes from before the mid-March shutdown are from social media and construction contractor Jason Faraday (JJ's House Co.): 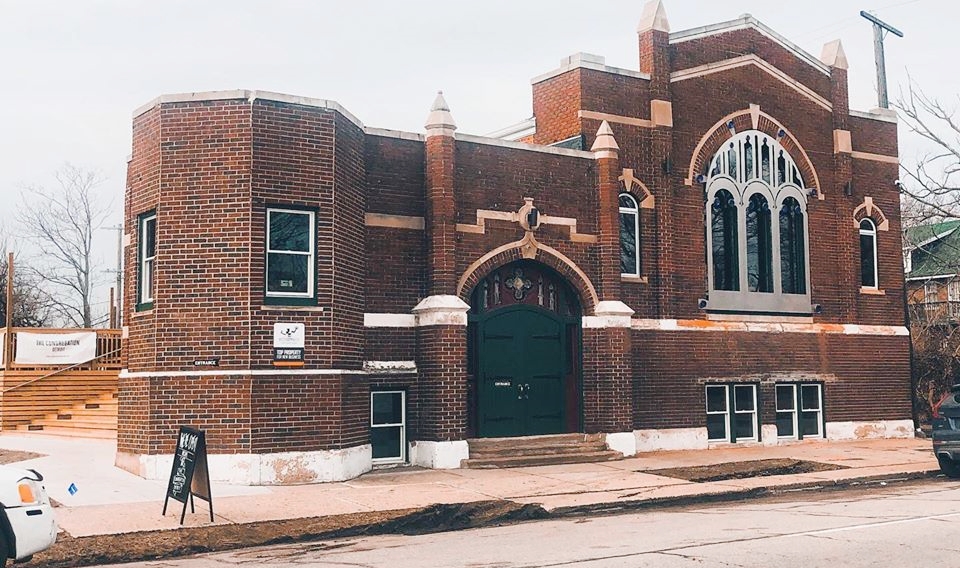 The Congregation definitely has a distinctive exterior for a coffeeshop and bar, and one befitting its name. 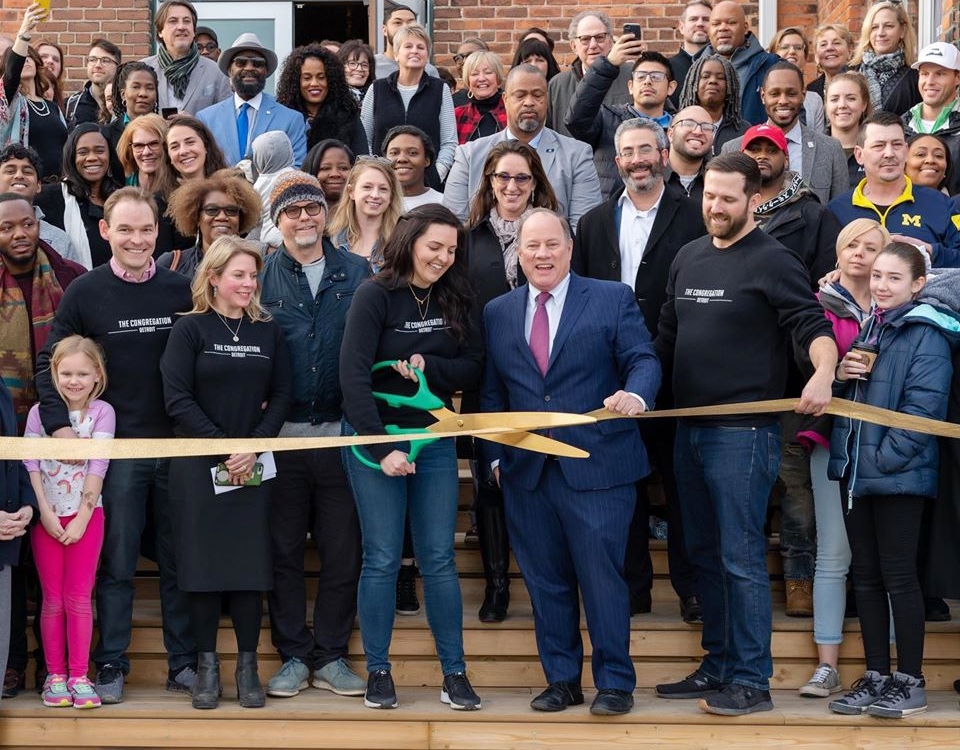 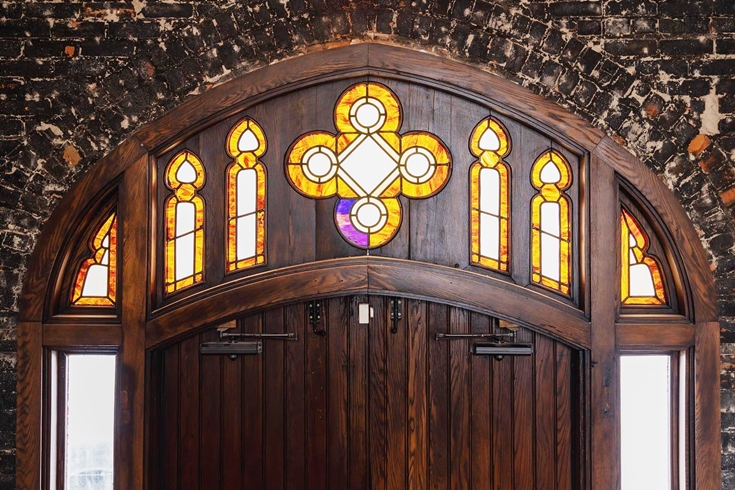 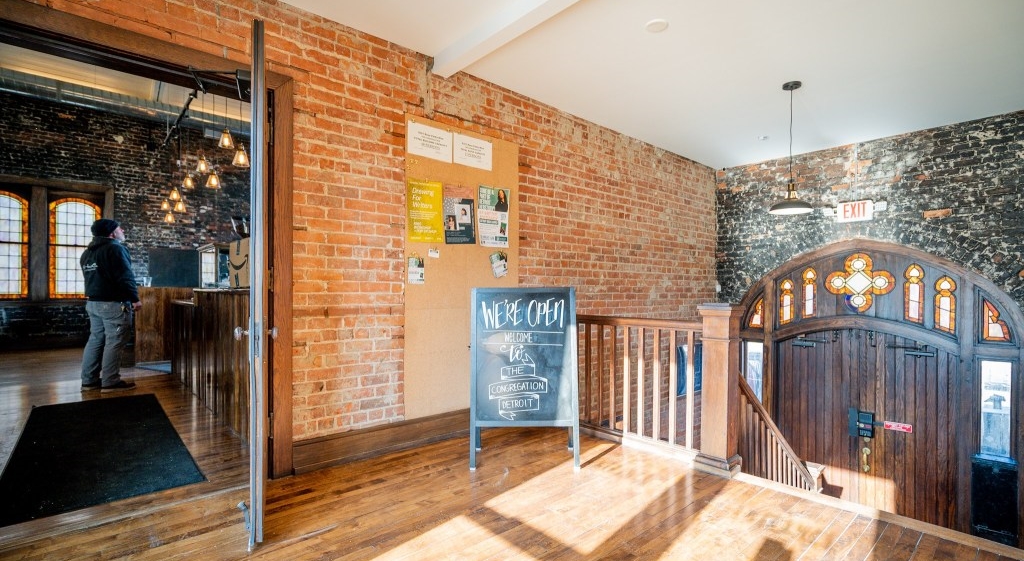 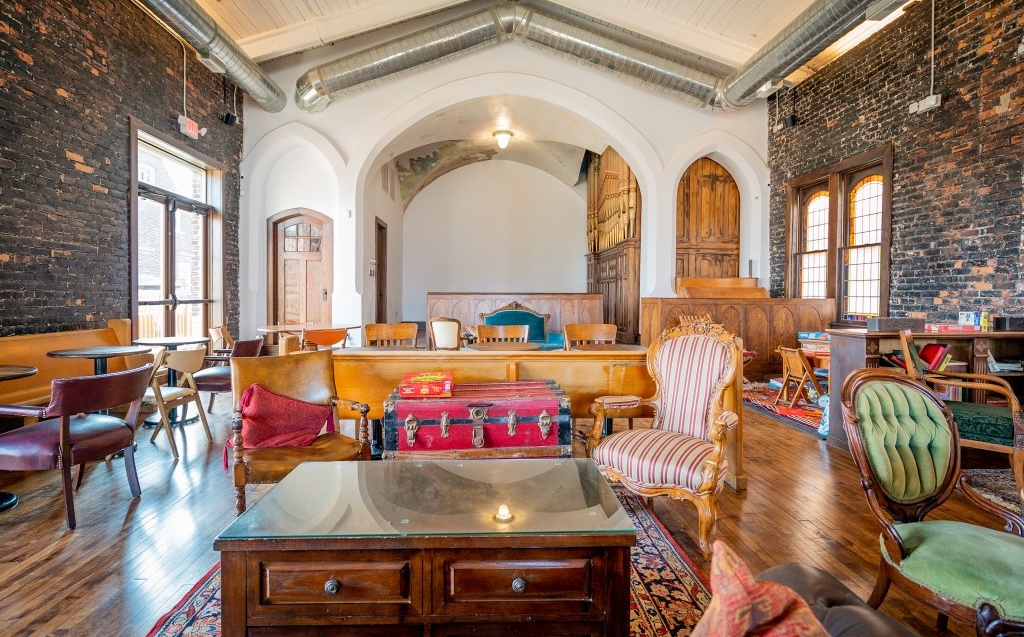 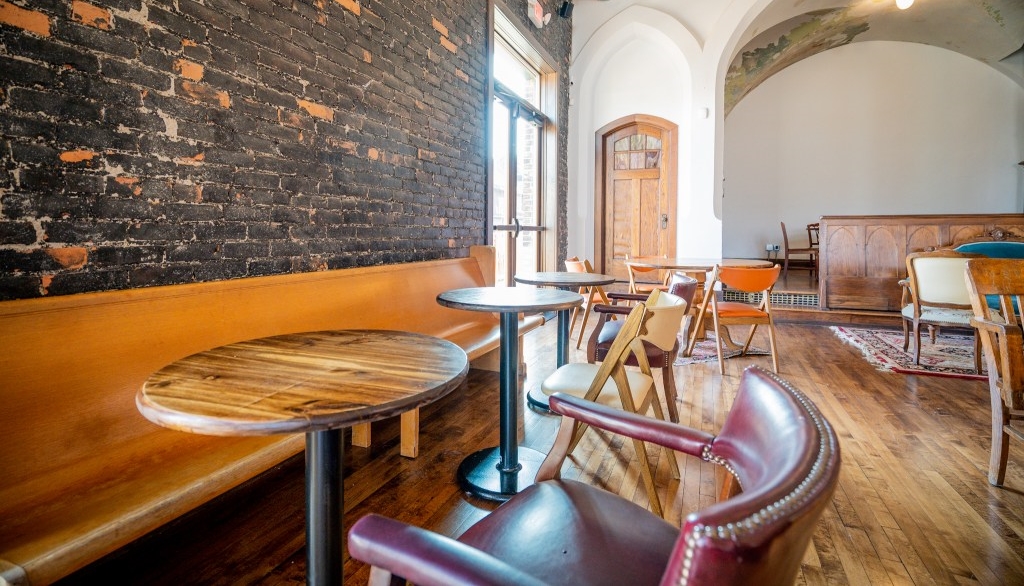 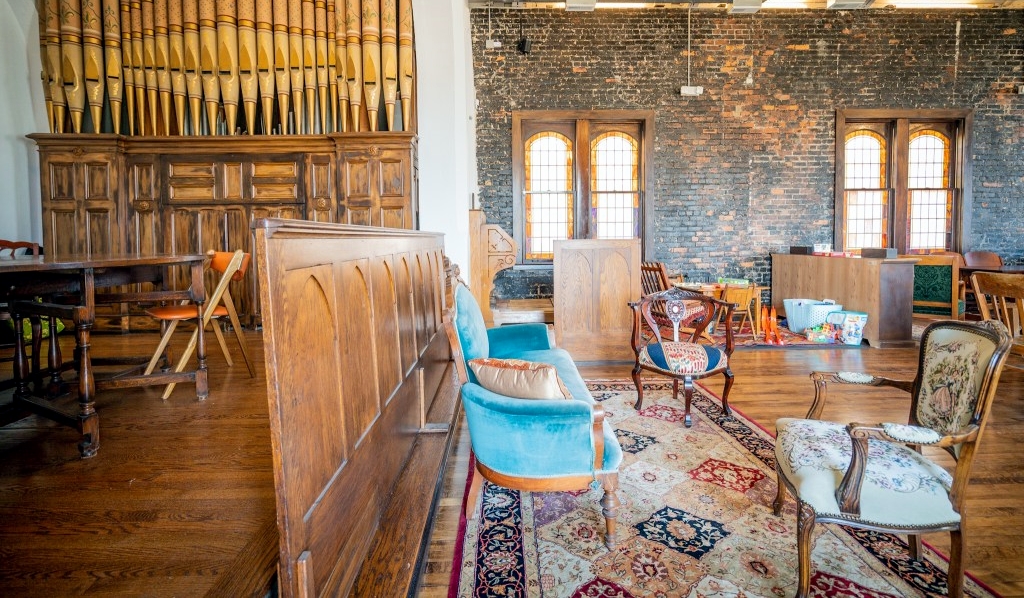 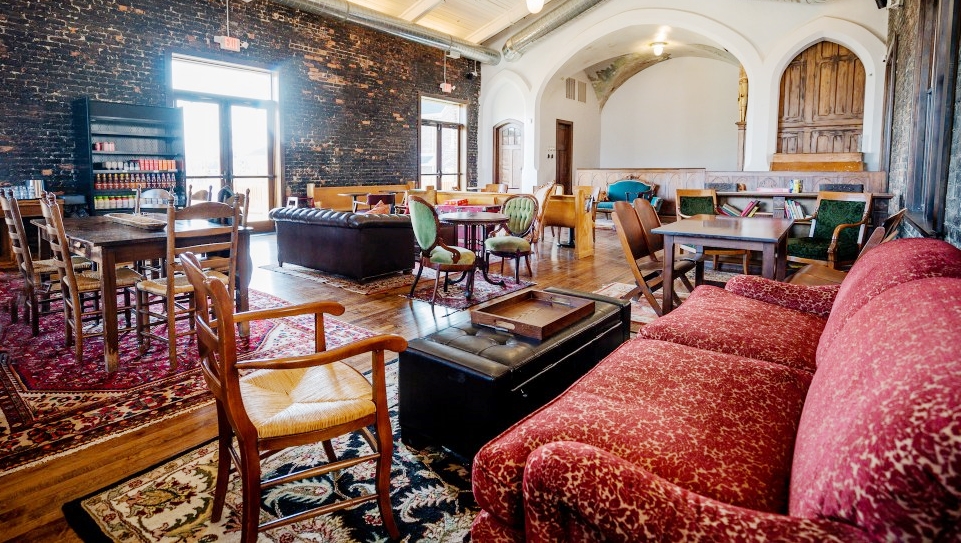 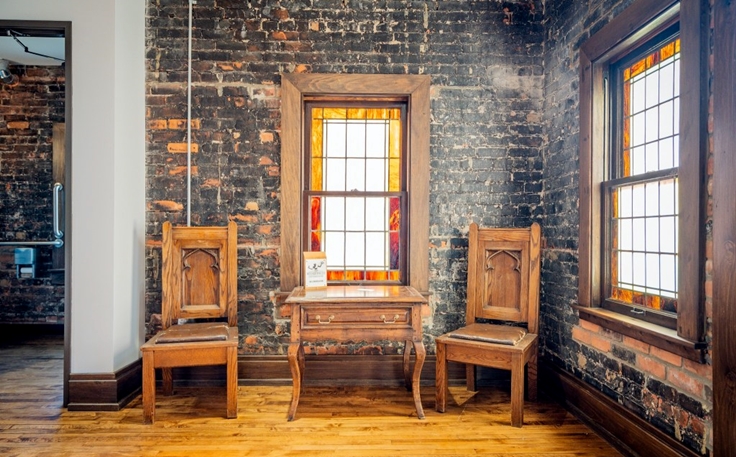 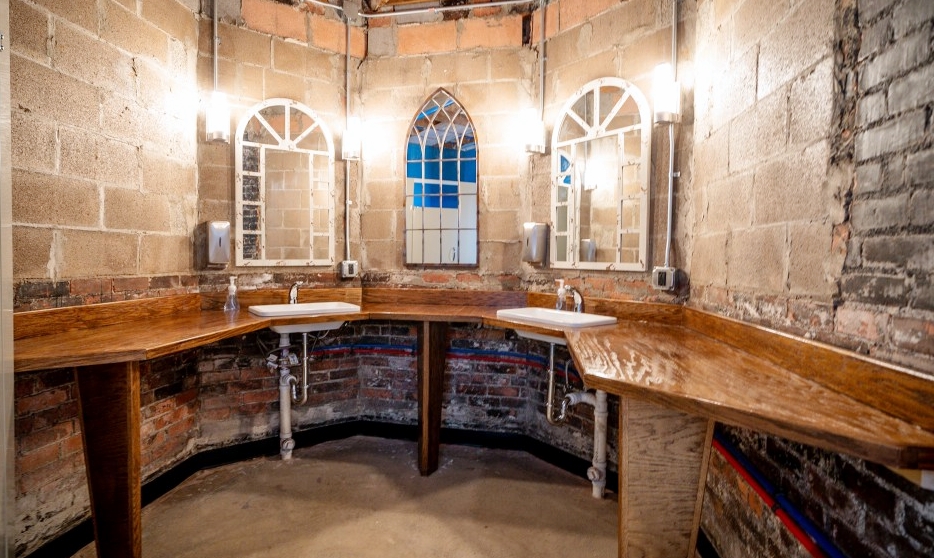 How's this for a classy bathroom in a stylish neighborhood hangout?

A wood deck is added right off the club's living room-like main area. 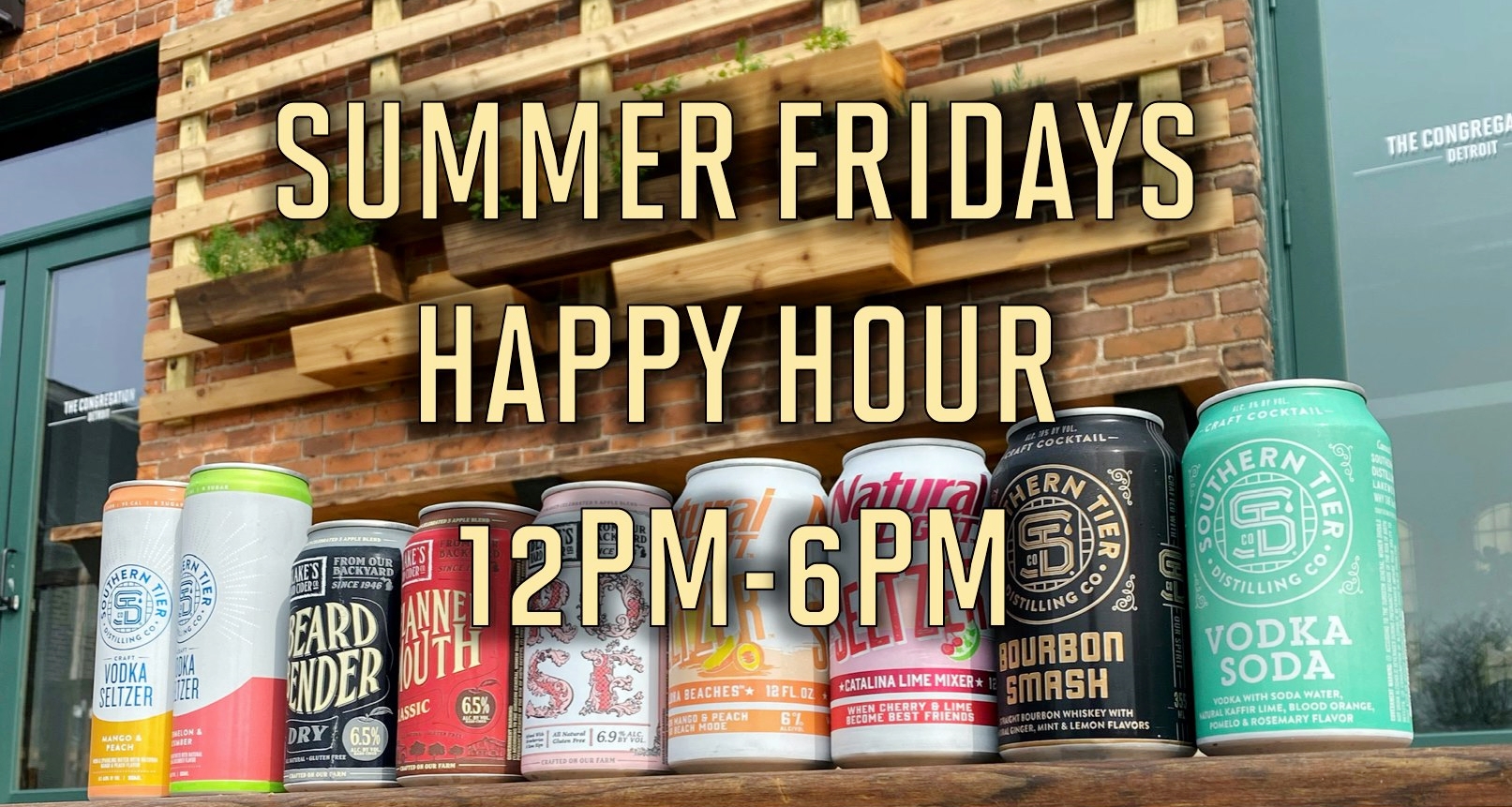