Hillsdale College, the conservative private school in central lower Michigan, has never cottoned to government oversight. This weekend, they continued the tradition, holding a three-day celebration of its 2020 graduates in defiance of health officials and the attorney general. 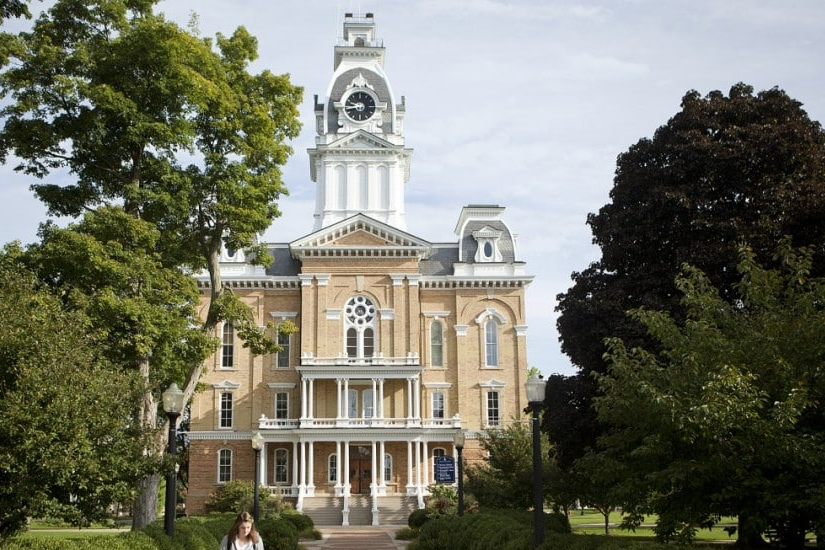 Attendees said appropriate safeguards were in place -- masks and social distancing -- and that the celebration was responsibly staged.

Another 2020 graduate, Arena Lewis, brought her father, two aunts, cousins, a grandmother and a former elementary school teacher to commencement.

Lewis said Hillsdale's approach to commencement was even stricter than she expected.

"I hardly ever see kids without masks on," she said. I think everyone's being very compliant and obeying out of Christian charity and love for everyone else. I think that's what we're called to do, protect each other."

The event was in violation of Gov. Gretchen Whitmer's executive orders prohibiting gatherings of more than 100 people in that zone of the state. The paper did not report the final attendance at the celebration, although photos showed chairs on a field, set six feet apart, that suggested hundreds more were expected.

Robert Norton, vice president and general counsel for Hillsdale College, said he believed the gathering was legal under an exemption in Whitmer's order for "outdoor, First Amendment expressive activities."