Current and former Detroit Institute of Arts employees are campaigning for the removal of museum director Salvador Salort-Pons in response to a "hostile and chaotic work culture that has affected the quality and accessibility of the service offerings for DIA’s constituents."

The demand is in a statement from a new group, DIA Staff Action. 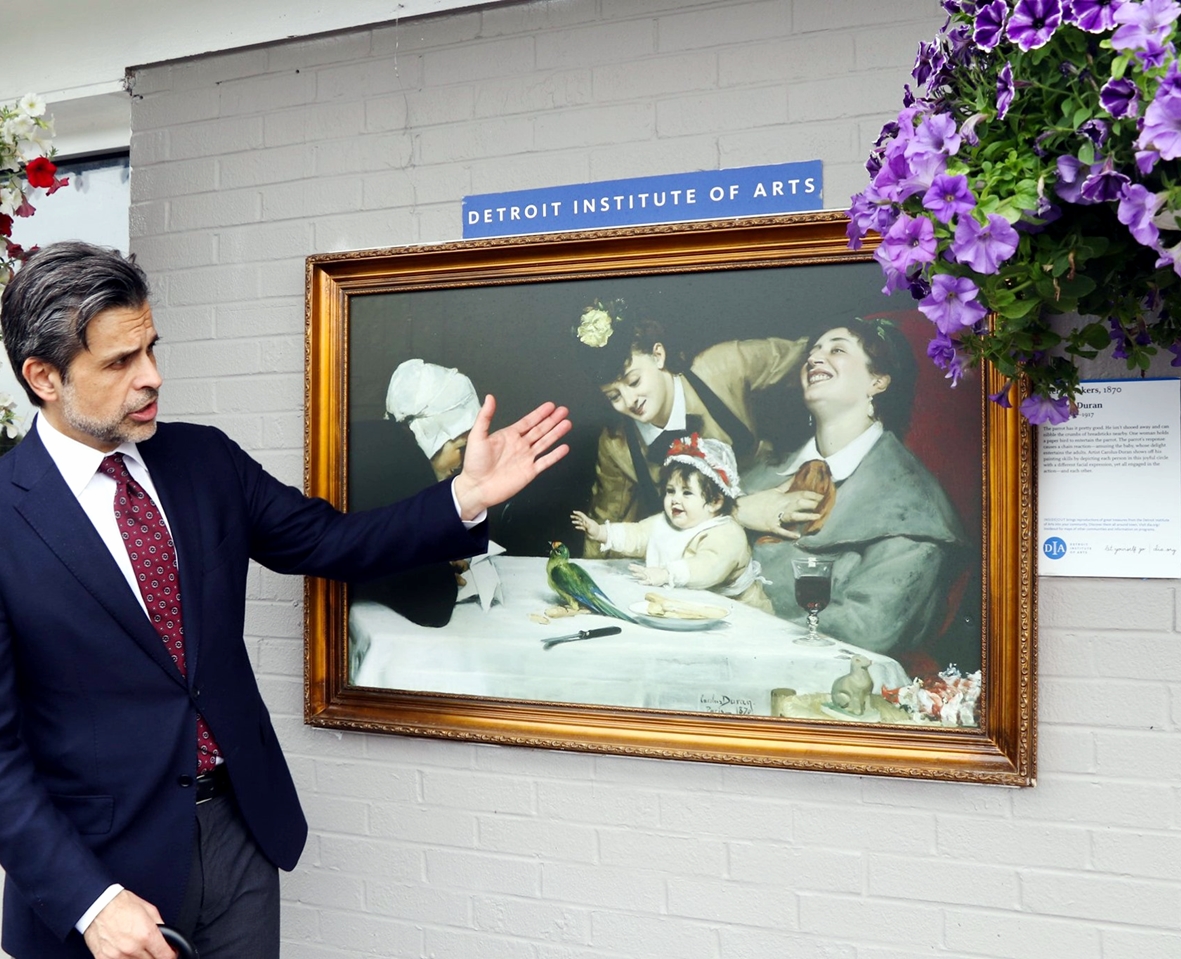 Salvador Salort-Pons in Clawson last summer with a reproduction of "Merrymakers," an 1870 painting by Carolus-Duran.
(Photo: Facebook/DIA)

Six current and former employees who spoke to Artnet News on the condition of anonymity allege that the museum’s director, Salvador Salort-Pons, has misused the museum’s resources to grant favors to friends and family, conducted inequitable hiring practices, and lacks sufficient knowledge of race and diversity issues.

The accusations come at a time when museums across the country are experiencing turmoil from within as staff members launch open letters, rogue Instagram accounts, and petitions to demand leadership changes, better staff treatment, and a stronger commitment to equity and diversity. For his part, Salort-Pons says the employees’ characterizations are not accurate and that he has behaved properly during his 12 years at the museum, including the five years he has served as director.

Issues cited by staff include Salort-Pons' displaying of a rare painting on loan from his father-in-law. The New York Times reported last week that a whistleblower complaint filed with the IRS and Michigan attorney general alleges the move violated conflict-of-interest rules to prevent self-dealing.

Salort-Pons joined the museum in 2008 as as assistant curator of European paintings. The 50-year-old is from Spain.

Since he was promoted to director in 2015, 62 of the institution's 371 employees have left, the publication says, citing a list compiled by staff.