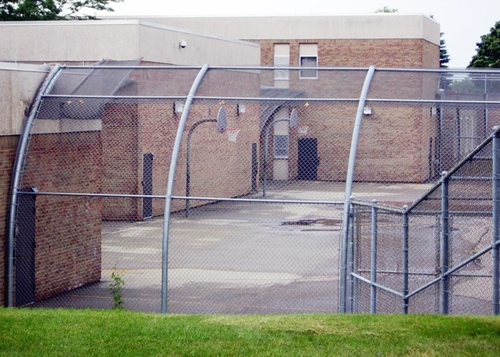 The county facility for youths in trouble is a prison-like setting with fences and locked exits.
(Photo: Children's Village Foundation)

A poignant scene took place at the end of an Oakland County Family Court hearing Monday.

A Pontiac 15-year-old identified publicly as "Grace" embraced her mother, Charisse, for more than a minute "before leaving the courtroom separately," says ProPublica Illinois coverage co-published by the Detroit Free Press. They couldn't leave together because the student remains detained at Oakland County Children's Village, a judge ordered.

The courtroom hug was "the first time they have had physical contact since May 14 because of Covid-19 restrictions," Jodi S. Cohen writes. "They sobbed audibly through their masks." 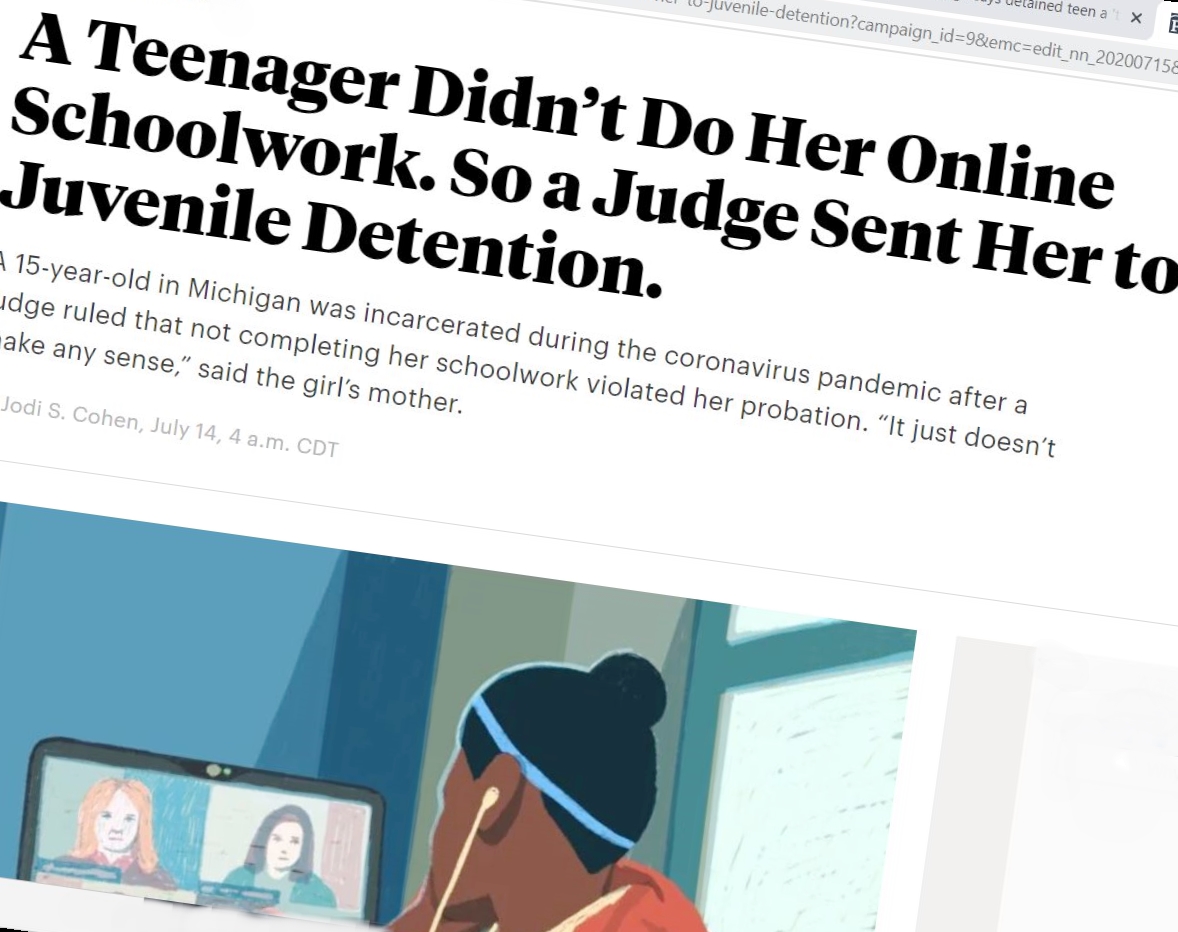 Judge Mary Ellen Brennan "denied a motion to release a teenager who has been held at [the] juvenile facility since mid-May for violating probation after not doing her online schoolwork, saying the girl will benefit from ongoing treatment there," the article says.

"I think you are exactly where you are supposed to be," the presiding judge of the Oakland County Family Court Division ... told the 15-year-old. "You are blooming there, but there is more work to be done."

The decision came despite an argument from the attorneys of the teenager ... that the therapy and educational support she receives at the facility are inadequate and a statement by the prosecutor that his office supported her release. Caseworkers for the court and Children’s Village, where she is being held, testified she should be kept at the facility until she completes the monthslong program. ...

During the two-hour hearing at the Oakland County court, Brennan also mounted a defense of her initial decision in May to place Grace in detention for the probation violation, devoting about 45 minutes to recounting the troubled relationship between the girl and her mother. ...

Grace was a high school sophomore in Birmingham Public Schools when she was charged with assault and theft last year, for incidents in which she bit her mother’s finger and pulled her hair and stole another student’s cellphone.

She was placed on probation in mid-April and, among other requirements, was to complete her schoolwork. Grace, who has ADHD and receives special education services, struggled with the transition to online learning and fell behind when Groves High School stopped in-person learning because of Covid-19. Her probation officer filed a violation against her on May 5, two weeks into the probation.

On May 14, Brennan found Grace guilty of violating probation for "failure to submit any schoolwork and getting up for school." She ordered her detained, concluding Grace was a "threat to [the] community" based on the prior charges of assault and theft.

The case has sparked protests outside county court. Congress members, Michigan legislators and Birmingham school board members advocate for the teen's freedom. A Michigan Supreme Court oversight agency is reviewing procedures in the case.

Detroit News editorial page editor is among those who criticize Brennan's latest ruling. "There has to better answer than continued detention," he writes Tuesday.

I'm not sure what's going on in that family's home, but I can say with confidence that jail is not the place for the young girl, who was on probation for an earlier assault of her mother.

If this all we have to offer troubled children, we should be ashamed of ourselves in Michigan. The child should be in foster care, or with another relative.