Teen athletes in Lenawee County won't wear this spear helmet or Indian feather uniform logos during the next school year.

Clinton Community Schools board members voted 7-0 on Monday night to change the district's Redskins nickname, Superintendent Jim Cracraft says in a four-paragraph announcement. A replacement will be picked later. 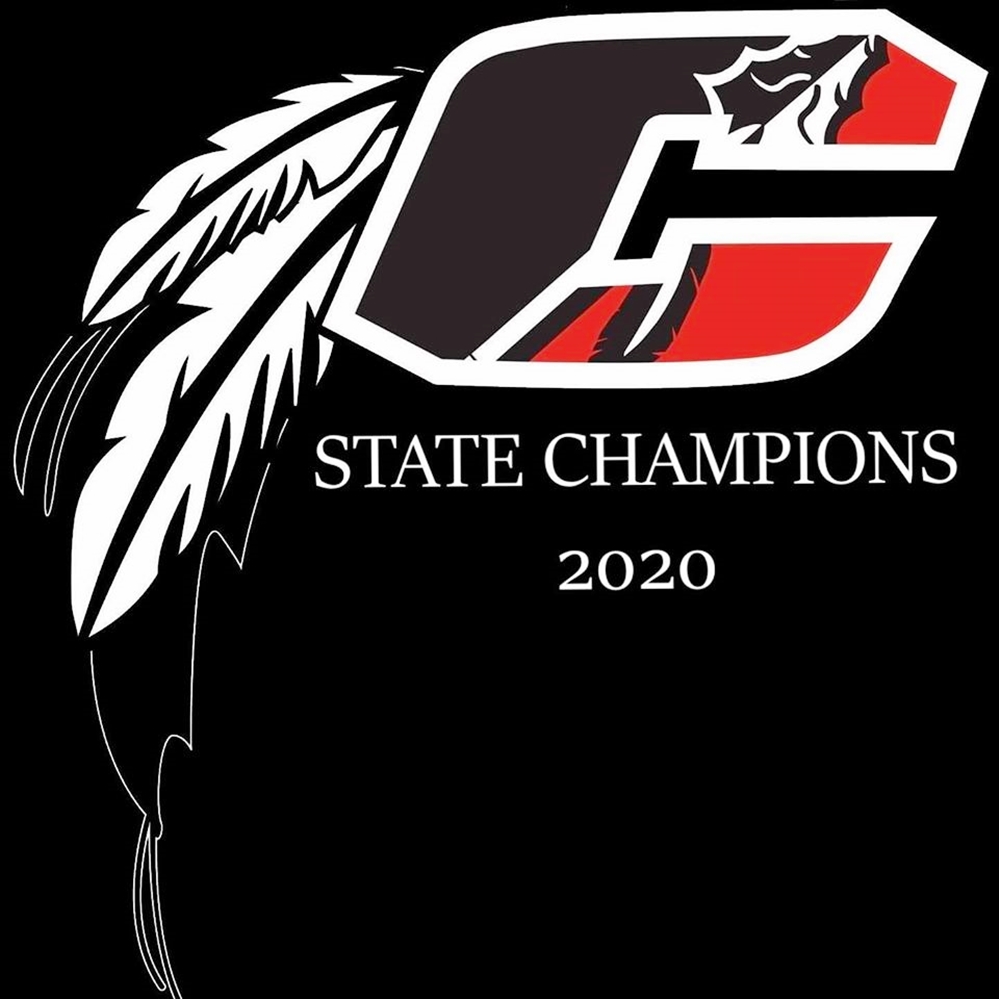 "The board has received numerous requests to change the mascot," the statement says. "Moving forward as a district and community, our superintendent will develop a process to identify oiur new mascot and rebrand our district."

Clinton is about 60 miles southwest of Detroit. Free Press coverage gives this context:

There are now three high schools in Michigan still operating under the "Redskins" nickname: Camden-Frontier, Sandusky and Saranac. 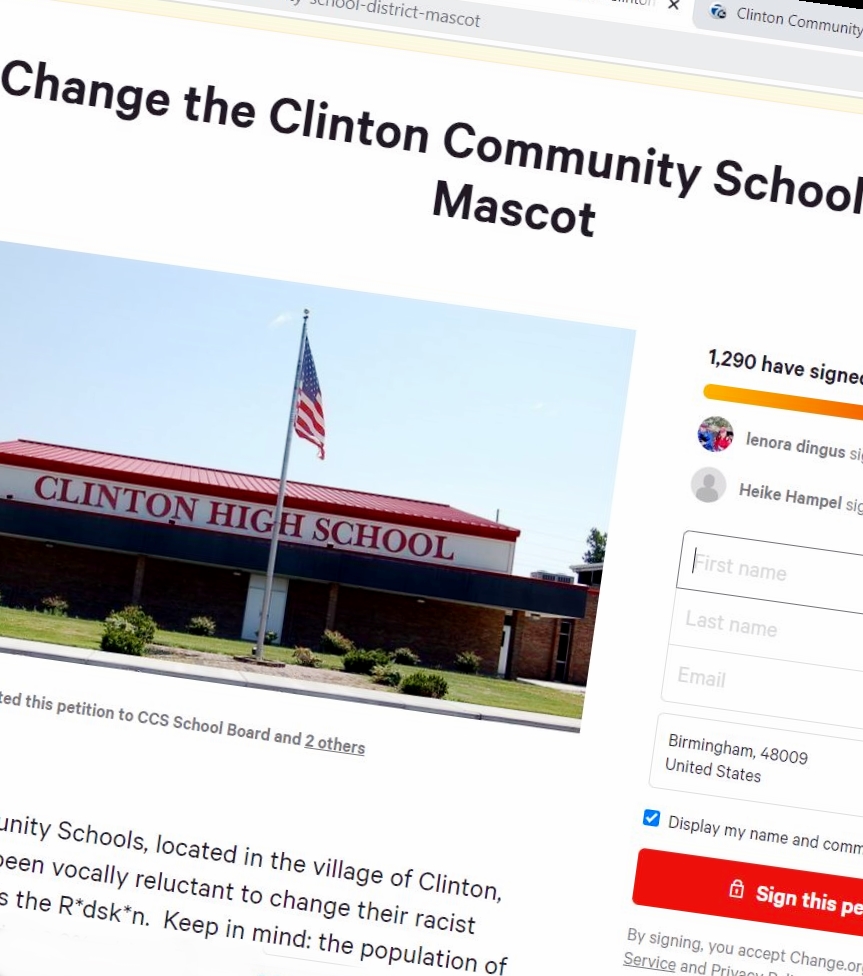 Two weeks ago, 2017 Clinton High graduate Lyndsey Brown posted a Change.org petition to drop her former district's "racist mascot." "The school district is long past due to change its representation," says the appeal, which has more than 1,300 backers.

"It has been a debate often silenced in the community. The administrators of this educational facility should know the harms of normalizing slurs and racism to young minds. It is time to take action on an issue that is well overdue.

"Demand that CCS change its mascot and apologize for the harm it has elected to inflict by not only normalizing but actively teaching students to use slurs."

Brown notes: "Keep in mind: the population of this community is 96.6% white.  They are representing themselves with slurs."

One petition signer, Robin Smith, posts: "When my children were in 5th and 1st grades, we moved to Clinton. The first thing that greeted us as we walked up to the school to register was that awful bench saying “REDSKINS.” My children are of ethnic minority origins. The youngest, as young as she was, recognized the ethnic slur."