Mayor Mike Duggan's administration will give Detroiters opportunities to pause and reflect on the tragic spring and summer of 2020.

Memorial events are planned Aug. 30-31 "to honor Covid-19 victims and commemorate Detroit’s resiliency," says an announcement that invites photo submissions for a Belle Isle display of lost community members to be viewed from vehicles during a "Spirit Cruise." (Details below.)

"The global pandemic has limited our ability to gather for funerals," notes the posting, so the city will host "a two-day celebration of life" as a kind of community catharsis during the ongoing health emergency.

The pandemic has killed 1,564 Detroiters as of Sunday, according to state figures that include 88 people considered probable Covid fatalities.

Next month's commemoration starts with seven twilight ceremonies around the city Aug. 30, a Sunday, and continues the next morning on what Duggan calls "Detroit Memorial Day."

In addition to mourning those lost, the announcement says, "the city also will honor those who continue to fight in hospitals, medical centers, food banks, homeless shelters and neighborhood groups." 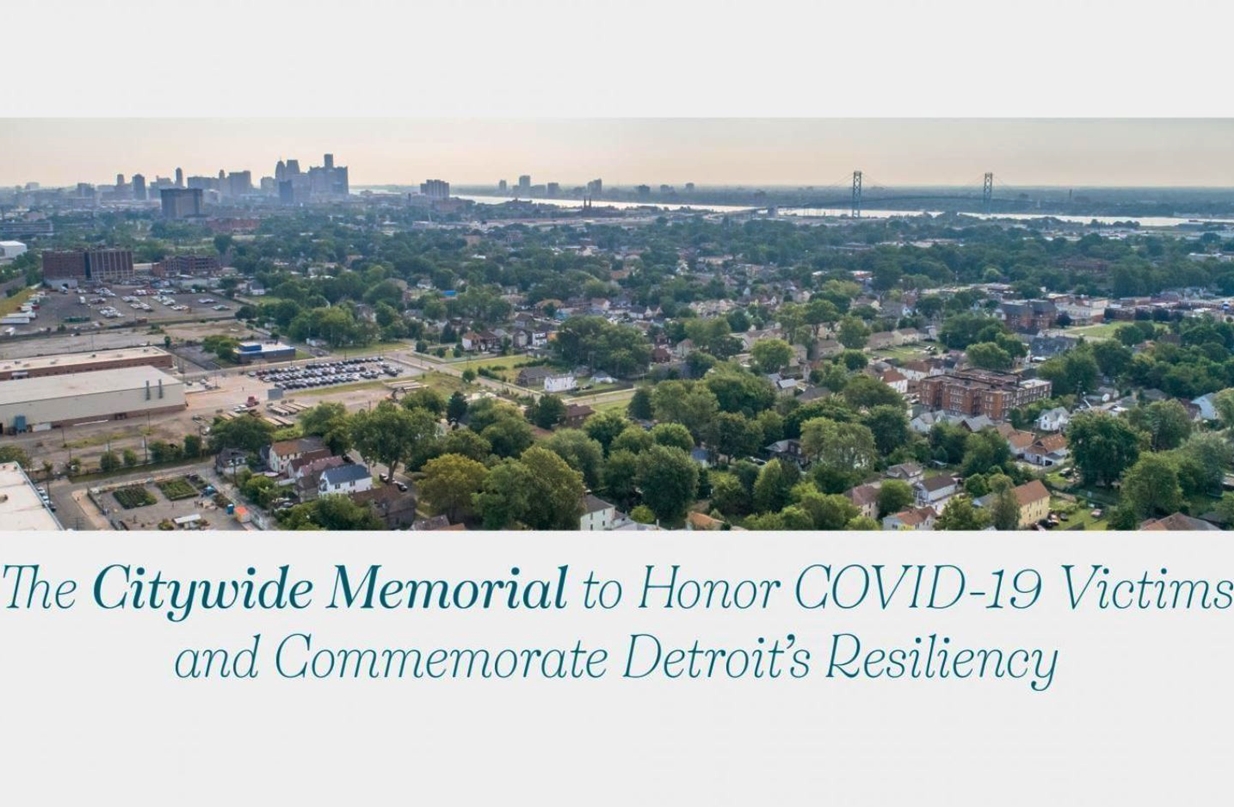 ► Council district ceremonies: Events at 5 p.m. Aug. 30 in each of the seven districts will be coordinated by council members and the Office of Arts, Culture and Entrepreneurship.

► Belle Isle cruise: Mourners will begin reporting to an East Jefferson Avenue stagating area at assigned drive times Aug. 31. At 8:45 a.m., residents, businesses, schools and churches across Southeast Michigan will be asked to ring bells for 15 minutes. At 9 a.m., a seven-hour "Spirit Cruise" begins around Belle Isle for families and friends of Covid victims. "They will see huge posted photographs of their loved ones and can offer a final good-bye to those we have lost," the city handout says of what it calls "a moving celebration of love." No parking or stopping will be allowed.

The oversize photo displays later will be given to families. In addition, the city "will continue to collect the photos of Detroiters who have succumbed to the coronavirus after July 31 so that we may also honor them in the future," it says.

Organizers on a Detroit Memorial 2020 Committee ask families to send photos of lost loved ones by next Friday, July 31, via one of these methods:

Photo questions can be emailed to Kayana Sessoms, District 3 deputy manager, and memorial event inquiries can go to Rochelle Riley, director of arts and culture.