Lapointe: What Will Trump’s Federal Agents Do to Detroit?

Inside the executive mansion, President Trump thundered threats by phone to host Sean Hannity, who interviewed him on Fox News Channel. Trump discussed sending federal agents to cities he deemed out of control with crime and social unrest.

One of Trump’s targets: Detroit.

“Detroit’s having problems,” Trump said. “Very good police chief in Detroit. But they have problems. We’ll go into all of the cities. . . . Let us go in. We’ll clean it up.”

Trump acknowledged that his regime could not do this without requests from local leaders, although he’d done just that in Portland, Ore. Then he contradicted himself in his vague and menacing tone: “At a certain point, we’re going to have to do something much stronger than being invited in.”

His administration will deploy an unspecified number of federal police officers to several cities, including Detroit, Cleveland and Milwaukee. They’re already clashing in Portand with “Black Lives Matter” demonstrators and are spoiling for a fight in Seattle. 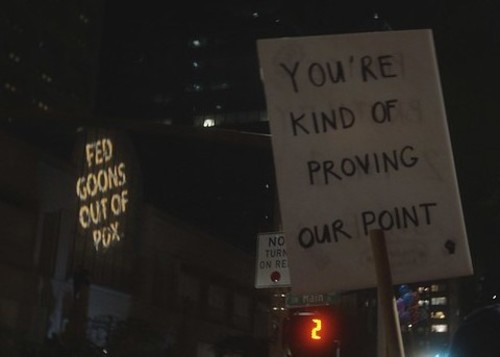 All of this is part of Trump’s “law-and-order” campaign for reelection Nov. 3 against Democratic candidate Joe Biden. In the wake of nationwide BLM protests, Trump is again pushing the racist buttons that helped him get elected in 2016.

He contends that protesters objecting to deaths of Black men in police custody are “radical leftists” who are “destroying cities” run by “liberal Democrats” who are intimidated by “Antifa” and by “rioters” who are “anarchists” and “socialists.”

And Trump dropped the other shoe in recent days when he compared all those scary cities (where Black people tend to have political power) to the placid suburbs (where people — especially white women — feel safe).

“Suburban housewives of America, Biden will destroy your neighborhood and your American dream,” Trump said on Twitter. “I will preserve it, and make it even better!”

Of course, his conflation and grubby cynicism changes the subject away from Trump’s shabby management of the Covid-19 pandemic, which has killed a disproportionate number of the poor and people of color among more than 145,000 dead.

In the meantime, on a related BLM issue, Trump further distracts from the health crisis and ensuing economic crisis by praising the Confederate flag and supporting the statues of traitors who killed in the Civil War to keep human slavery.

He constantly blends his racism with sexism by insulting elected officials and journalists who are female and non-white. He brags that only Abraham Lincoln, perhaps, did more good for African-Americans than he, himself, Donald Trump. 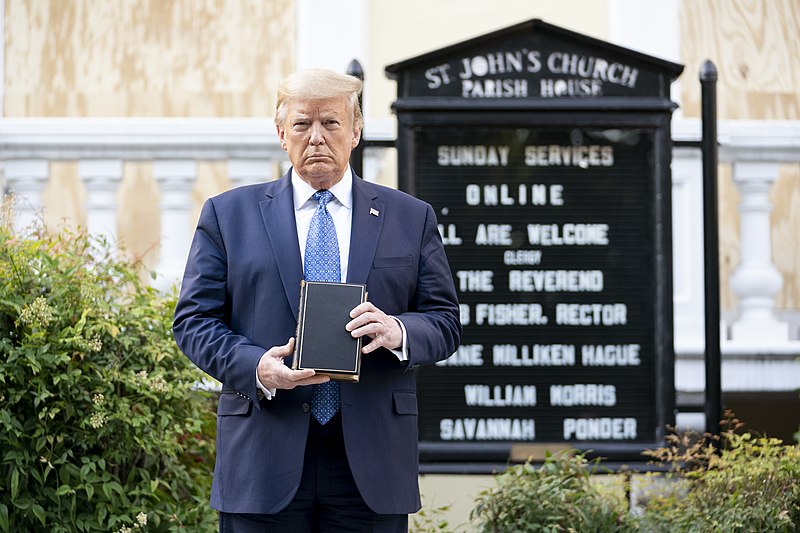 President Trump shows off the power of the military and federal police. (White House photo)

Might Trump try to foment another civil war for the 21st Century? Last spring, in his “liberate Michigan” effort, he defended the hard-core gun nuts who crashed the state Capitol to intimidate legislators.

These white crackpots were defending their “right” and their “freedom” and their “liberty” to defy a shutdown ordered by a “tyrannical” governor who tried to save lives.

“These are very good people, but they are angry,” Trump told Gov. Whitmer on Twitter. “They want their lives back again, safely. See them, talk to them, make a deal.”

That was a curiously conciliatory tone for a “law-and-order” president who vows swift, harsh treatment for left-wing protestors who, he said, were threatening a federal building in Portland.

When people didn’t buy that flimsy pretext, Trump shifted to a more general “crime-in-the-streets” pose as his target cities increased.

Both tactics fit Fox. In recent weeks, the right-wing network has opened almost every hour with images of protestors, fire and broken glass along with stories about Black people killing Black people in the inner cities.

This propaganda coordination might not get Trump much support in Detroit, where people tend to vote Democratic. But it panders to the fears of some suburbanites and some outstate voters from rural spaces and small towns.

The non-urban voters helped Trump to a narrow victory over Hillary Clinton in 2016 in Michigan and the Great Lakes State helped key a national upset.

Fear can drive turnout and televised scenes of conflict can drive fear.

Might Trump’s paramilitary troops instigate violence in Detroit against BLM protestors to create a self-fulfilling prophesy that fills TV screens with violent images?

Oh, no, says Mathew Schneider, an ambitious, young Trumpist who is the U.S. Attorney for the Eastern District of Michigan.

'This is not Portland' 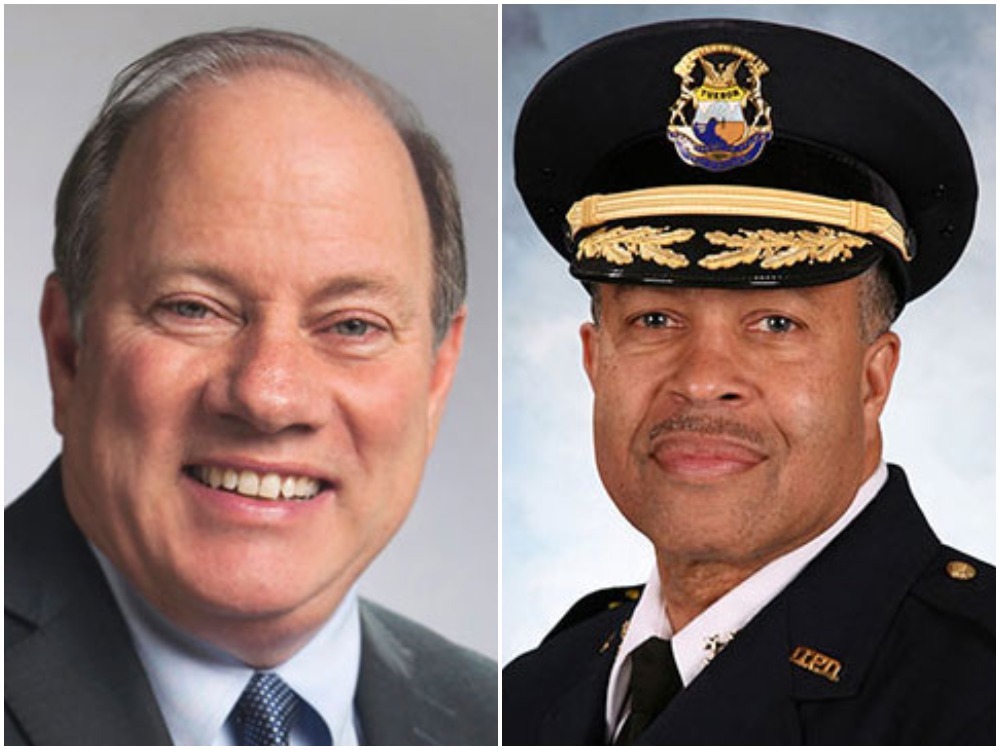 For now, Mayor Mike Duggan and Police Chief James Craig are sanguine about it — welcoming federal forces, they say, not to break up legitimate protests, but only to fight major crime.

“There are no Homeland Security agents coming here to man protests,” Craig told the Detroit Free Press. “This is not Portland. This is not Seattle.”

More skeptical is Rashida Tlaib, the first-term Democrat from Michigan’s 13th. District to the U.S. House of Representatives.

In a statement to Deadline Detroit on Friday, Tlaib said Trump is “trying to further militarize and police our communities to stoke division and fear.

She said the federal effort disproportionately focuses on “communities of color.”

“I will work to ensure the people of this city are protected from abuse,” she said.

In Portland, they wore camo uniforms with little identification. What might they wear in Detroit -- Tigers’ caps? Let’s worry, and be wary of wolves clothed as sheep.