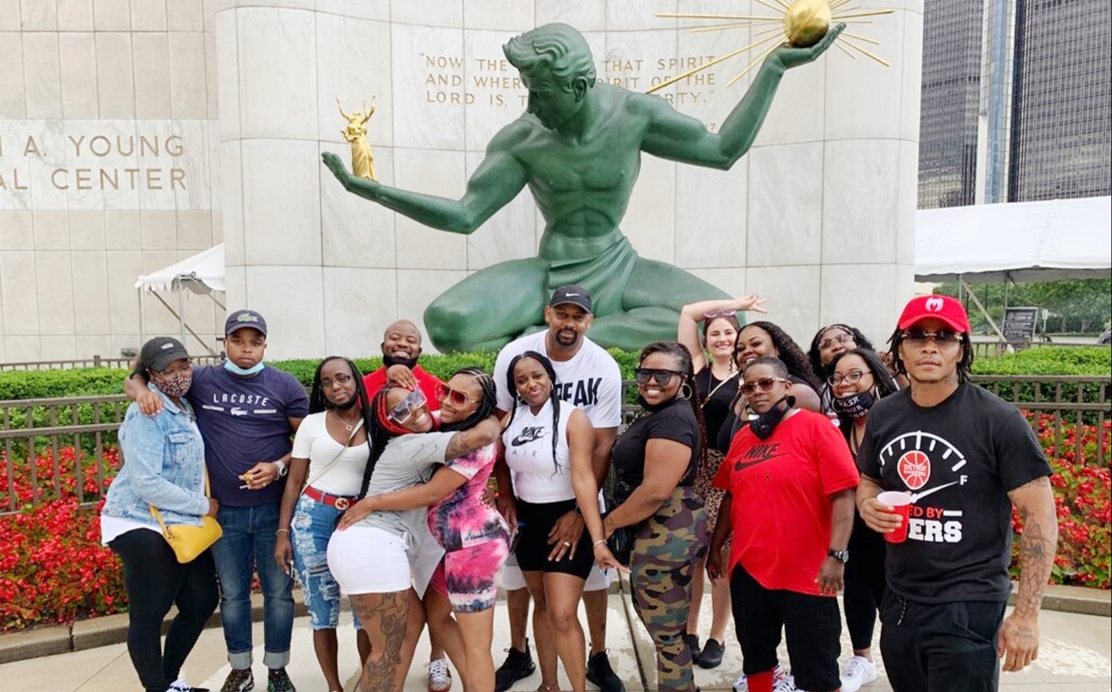 Riders pose Friday at the Spirit of Detroit. Seven other recent groups are below. (Photo: TripAdvisor/Mrs. Recee)

An urge to converge with friends is strong after four-plus months of isolation, but some group gatherings seem risky. Consider, for instance, two hours pedaling elbow-to-elbow with up to 15 other drinkers on a downtown bar crawl.

"We’re back baby!" a five-year-old business called Detroit Rolling Pub posted June 12 on Facebook after a forced spring break. "So good to be up and rolling again."

Sure, it's outdoors. And yes, riders in pre-booked groups know each other at least a bit. But except for a masked driver, face coverings are just recommended.

Though the comeback announcement mentions "smaller groups for the time being," promotional photos below show parties of a dozen and more -- including one July 12 with a 16-person full load. Some were family groups.

"I enjoyed every minute of it, even during a pandemic," W. Taylor of Warren posted last Monday on TripAdvisor after a pub crawl with nine friends.

Gary P. of Jackson comments with his five-star review: "Detroit was just coming out of quarantine in mid-June, so there weren't many bars open. That was okay." 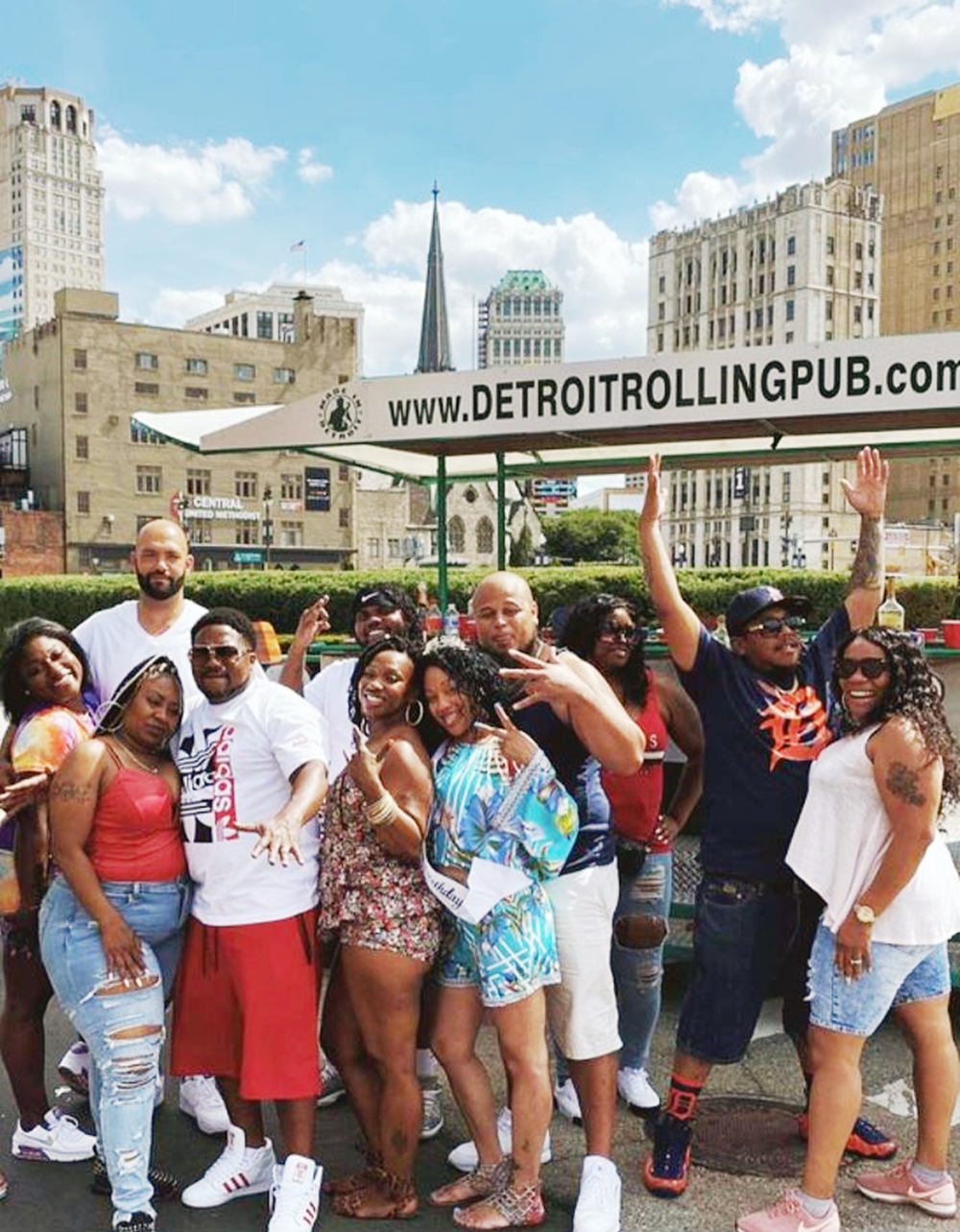 This family was aboard last Wednesday.
(Photo: TripAdvisor/Lacrisha H.)

Detroit Rolling Pub, founded in 2015 by Jody and Nick Blaszczyk of Macomb Township and Tina Miglion of Harrison Township, originally was named Detroit Cycle Pub. It offers two-hour tours from 10 a.m. to 10 p.m. daily for $275 to $350 (depending on the day), with carry-on beverages allowed.

Trips start and end at Bookie's Bar & Grille on Cass Avenue and hit two to three other taverns, as well as downtown sights. A motor supplements pedal power.

"We are like a restaurant, which is allowed to be open," the company says in a Covid-19 Safe Start Plan. "If you do not want to go to a bar, we don't have to. We can roll through the streets of Detroit and still have an amazing time." It adds:

The chance to party like it's 2019 appeals to groups marking birthdays, Father's Day or a season when the livin' is easy, at least for a couple of hours. Thirty-five party bike customers from this month and last post TripAdvisor ratings.

Drivers snapped these poses in July for souvenirs and online reviews:

Lacrisha H. of Detroit posted this last Wednesday with a five-star rating.

Partiers pause at Woodward and Larned this month. 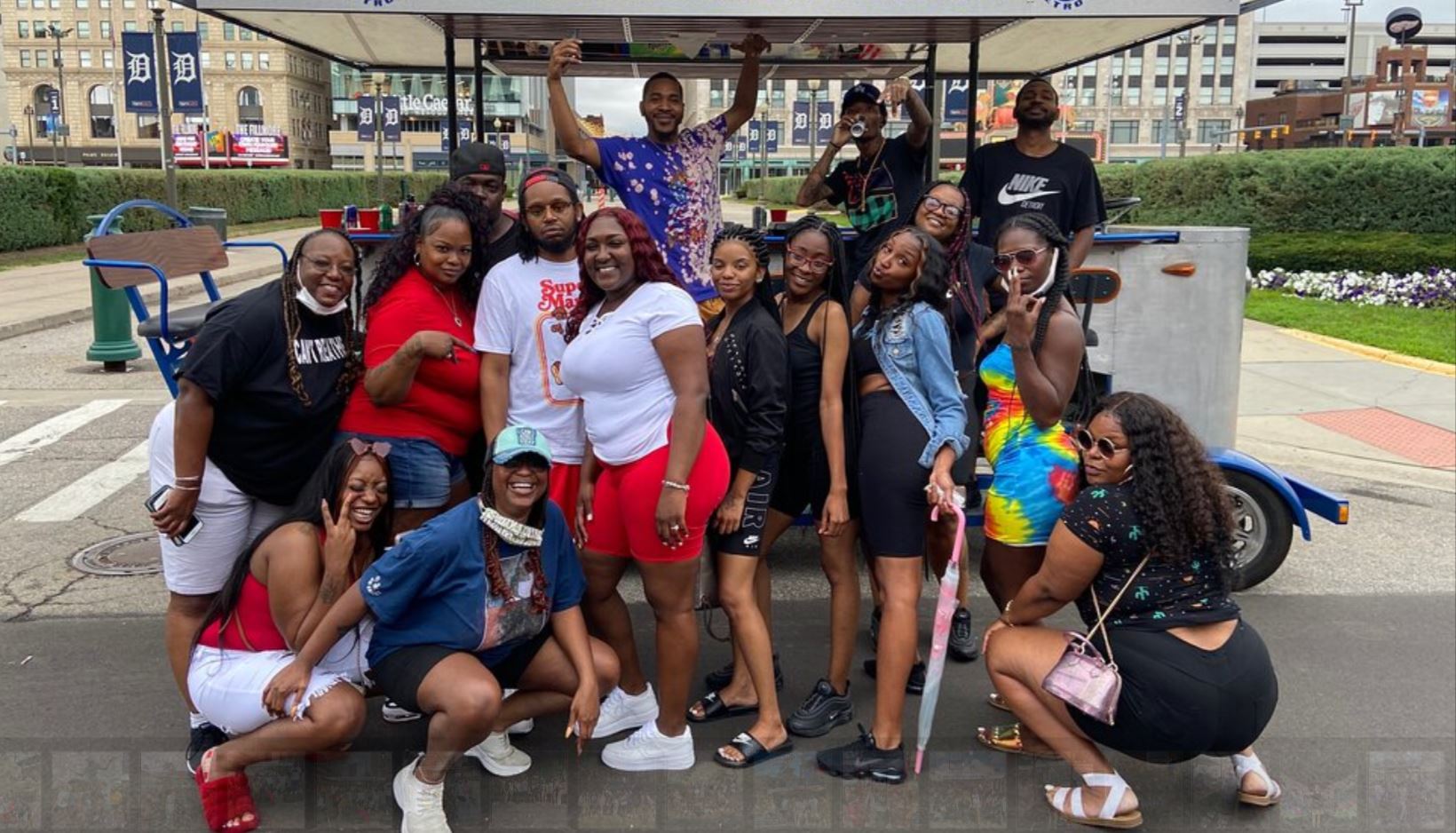 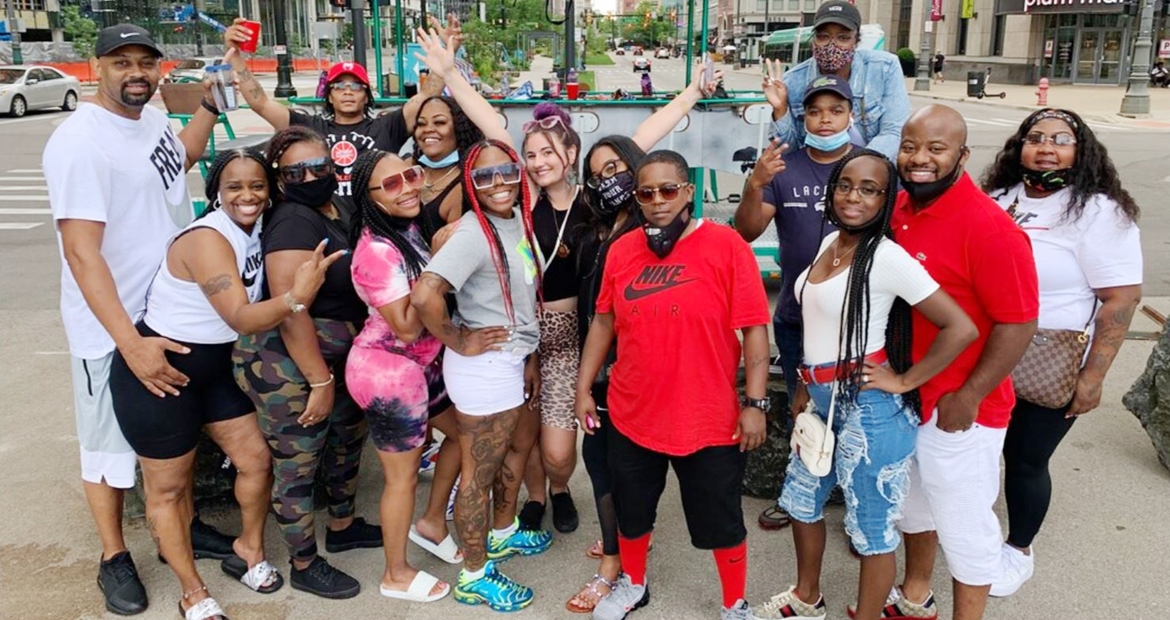 This Friday shot was added by a Southfield rider posting as Mrs. Recee.