Trainee poses at a skilled trades center to be replaced by the new site. (Photos: Michigan Regional Council of Carpenters and Millwrights)

Construction is underway on a $32-million training center for carpenters, millwrights and floor layers in Detroit's Oakland Bouelvard area.

Trainees won't pay for classes or books, and can earn an income while working toward certification over four years.

Groundbreaking was last week at the seven-acre site. A union-industry consortium -- the Michigan Statewide Carpenters and Millwrights Joint Apprenticeship and Training Fund -- is behind the 147,000-square-foot project on the west side, described in a video below. It'll consolidate administrative and training operations spread across locations in Warren, Ferndale, Livonia and the downtown Renaissance Center. 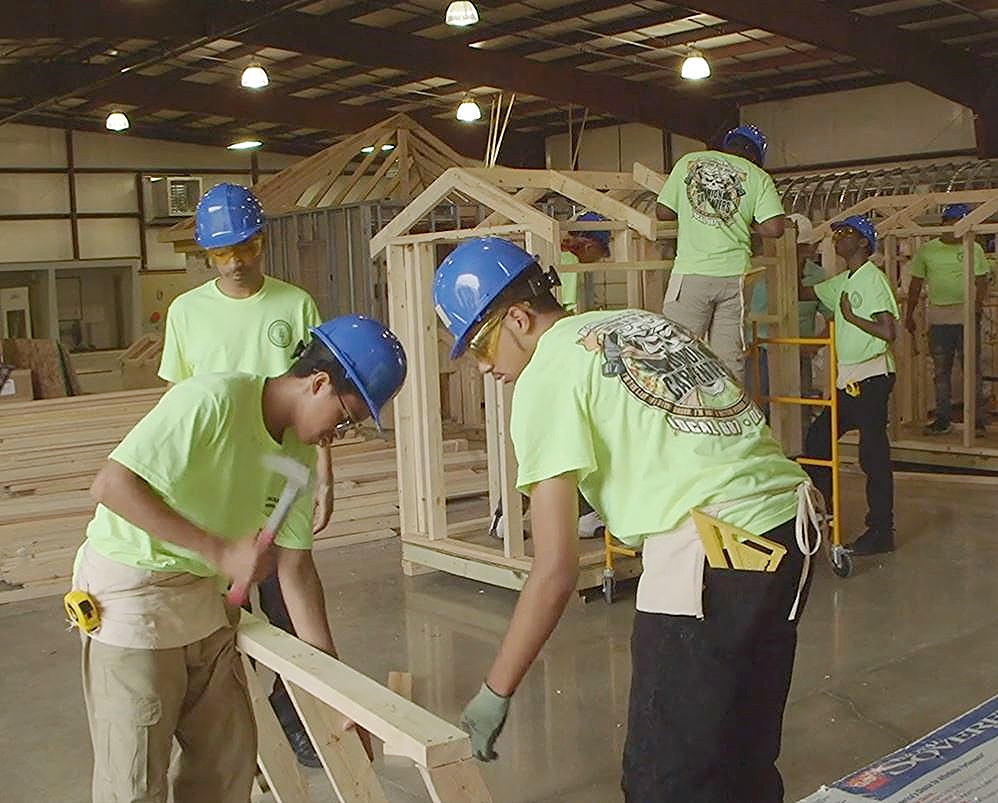 The center, expected to be ready by fall 2021, will have 30 welding booths, a crane and classrooms with smart board technology. The building will include meeting space for contractor symposiums, career fairs and community events, says the Michigan Regional Council of Carpenters and Millwrights, a 14,000-member union based in Warren.

"This training center should be a model for development in the city," Tom Lutz of the union's executive board told Stephen Henderson of "Detroit Today" on WDET. "I truly believe it will change lives."

In a statement, Mayor Mike Duggan says: "For Detroit residents, this school will be an opportunity to start a lifelong career in the skilled trades, debt-free. With all of the construction that is coming to Detroit, this school could not come at a better time."

Demand is so high that trainees can "work and earen as you learn," the labor organization posts.

As you gain more experience and proficiency in the trade, you will become more of an asset to your employer and will earn progressive pay increases. Apprentices start at 40-65% of journeyman scale and can look forward to scheduled pay raises.

Trainee pay begins at $15 an hour, according to the union. (Information and a "how to apply" page are here.)

Millwrights work with precision machinery, installing and maintaining equipment such as conveyors, turbines and generators.

Project partners include the Architectural Contractors Trade Association of Michigan, based in Brighton.

The architect is SSOE Group of Troy and the general contractor is The Christman Company, a Lansing-based firm with a Detroit office in the Fisher Building.