Gallery: Detroit Tigers Opening Day 2020 vs 2019 -- What a Difference a Pandemic Makes

What a difference a pandemic makes.

On April 4, 2019, on a chilly Thursday, it was Opening Day for the Tigers. Tens of thousands partied, tailgated, drank, smoked weed, ate hot dogs and watched their team in person.  And yes, no one was wearing a mask. It was a good day for fans. The Tigers beat the Kansas City Royals 5-4.

This year, the pandemic was boss. It delayed Opening Day -- or in this case Opening Night -- until Monday. It was a summer night, far warmer than the cold spring day last year. But this was far weirder than last year or any season.

No fans were in the stands. Only a few tailgated outside the ballpark. And handful walked around Comerica Park, trying to soak up baseball vibes.

A jumbo screen showed the game in Campus Martius, where only a few spectators gathered. And some fans in a parking lot ate, drank and watched the game on a big screen at a makeshift outdoor bar set up by HandleBar Detroit.

On the upside, the quiteness of the home opener was a sign that many people take the pandemic seriously and refrain from big public gatherings.

And then there was the score: The Tigers got slammed by the KC Royals 14-6. Ouch! 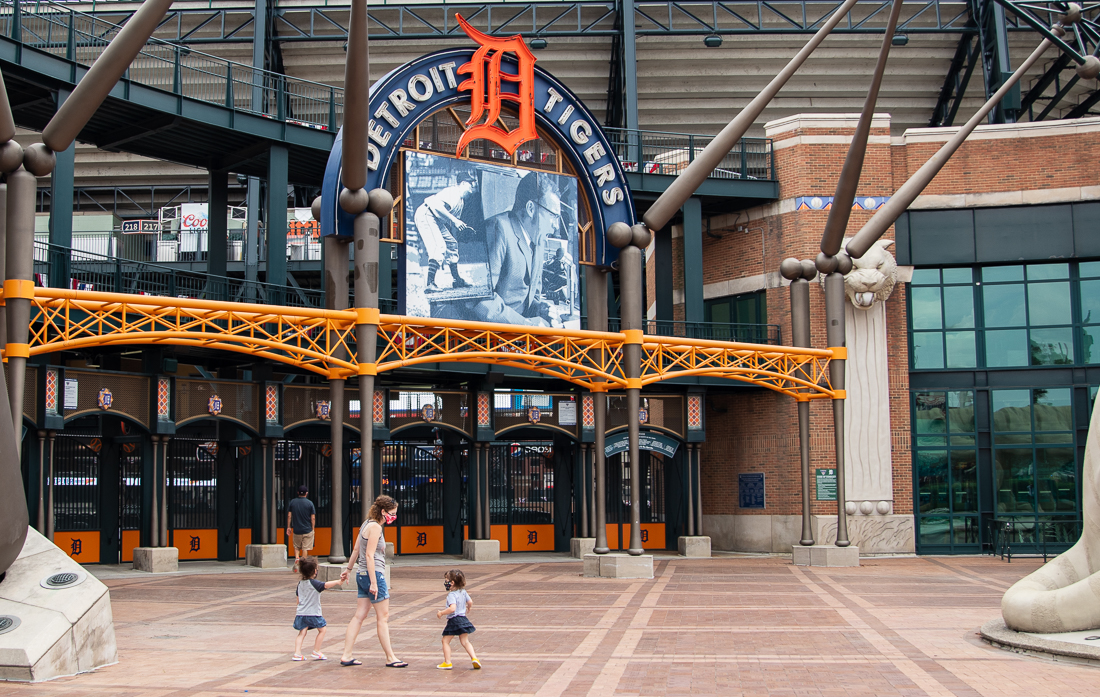 Outside the front gates of Comerica Park before the 7 p.m. game. 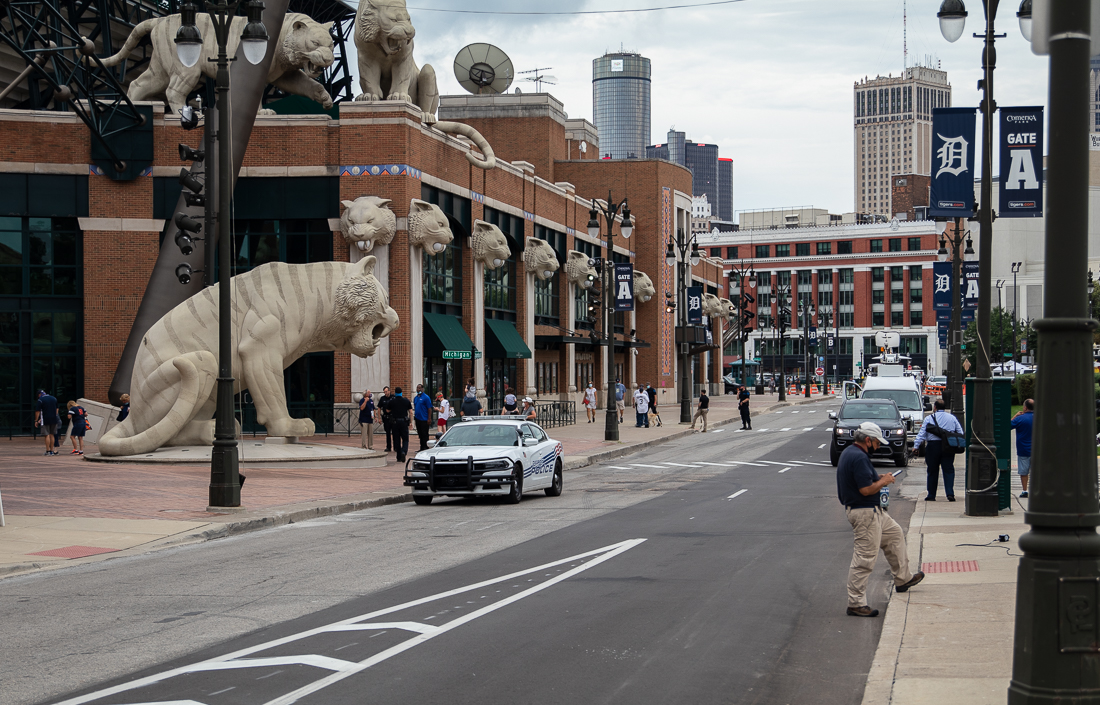 It would have normally have been shoulder-to-shoulder outside Comerica Park. Not this year.

A site to see on top from the Tin Roof bar on E. Adams. 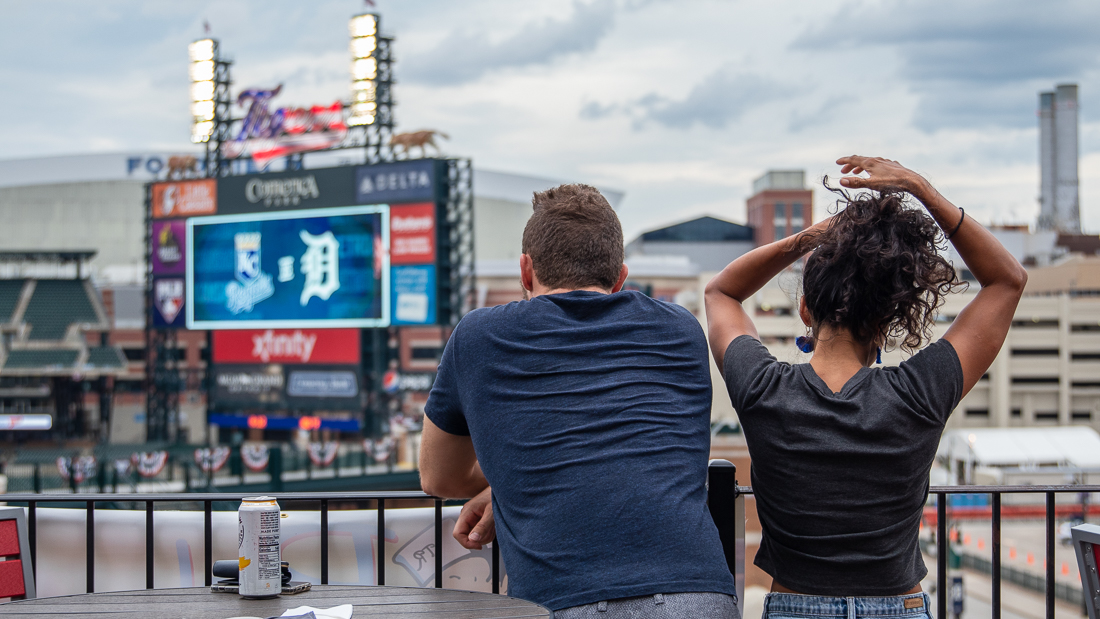 A couple enjoy the view on top of Tin Roof before the game. They could see the big screen at Comerica Park.

Some patrons gather on the side of Comerica Park on Adams Ave E. to catch a glimpse of the game through the fence. 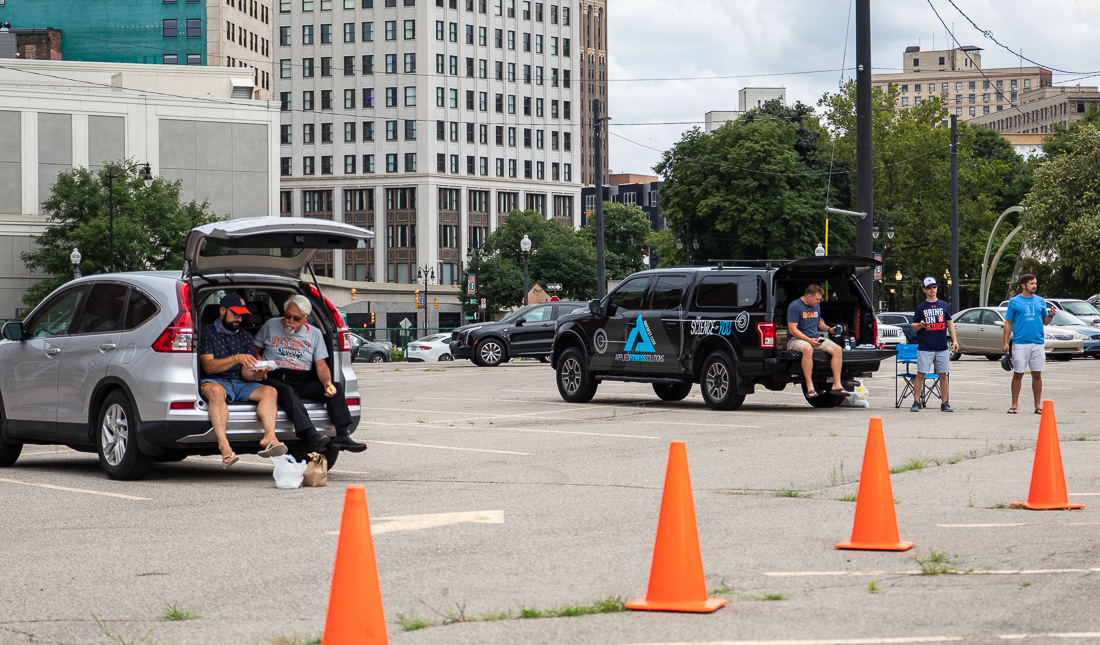 Not many tailgaters this year near Comerica Park. 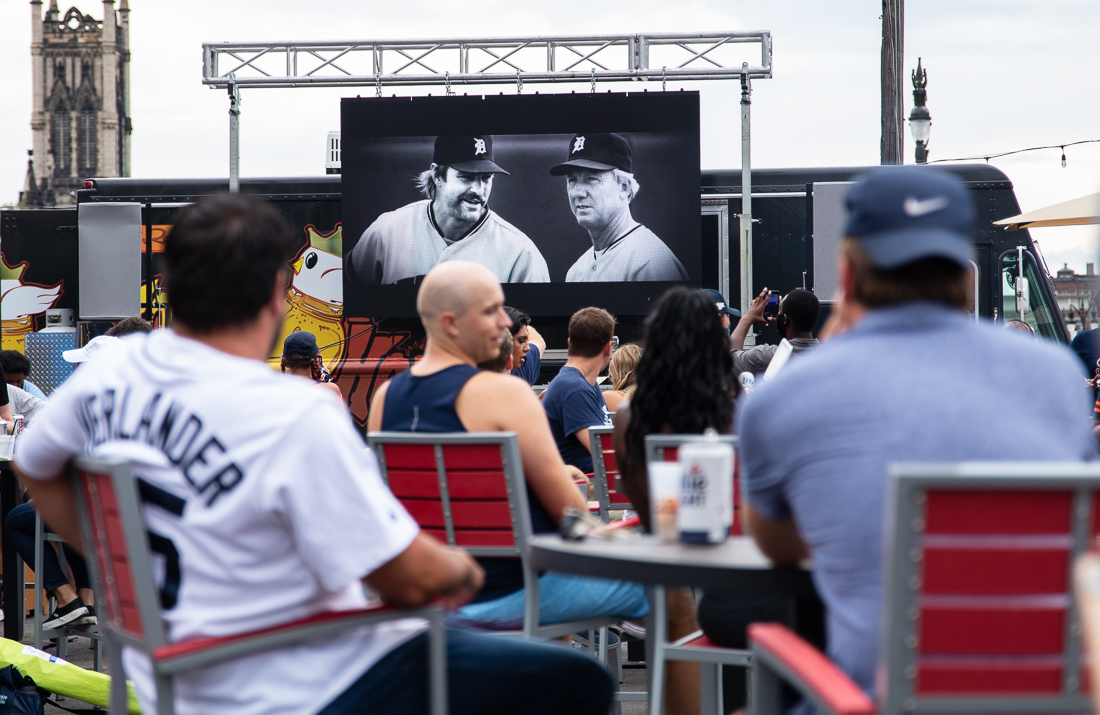 A parking lot where "HandleBar Detroit " set up a screen for patrons to enjoy the Tiger's game. 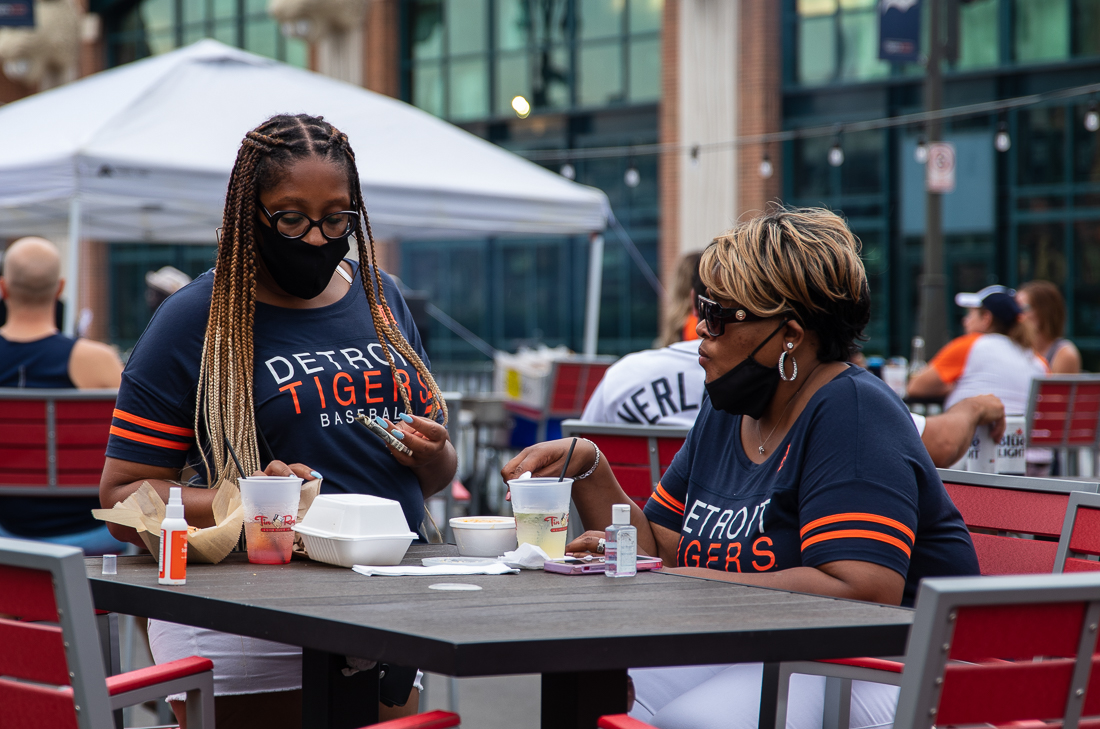 Trying to have some fun on Opening Day. 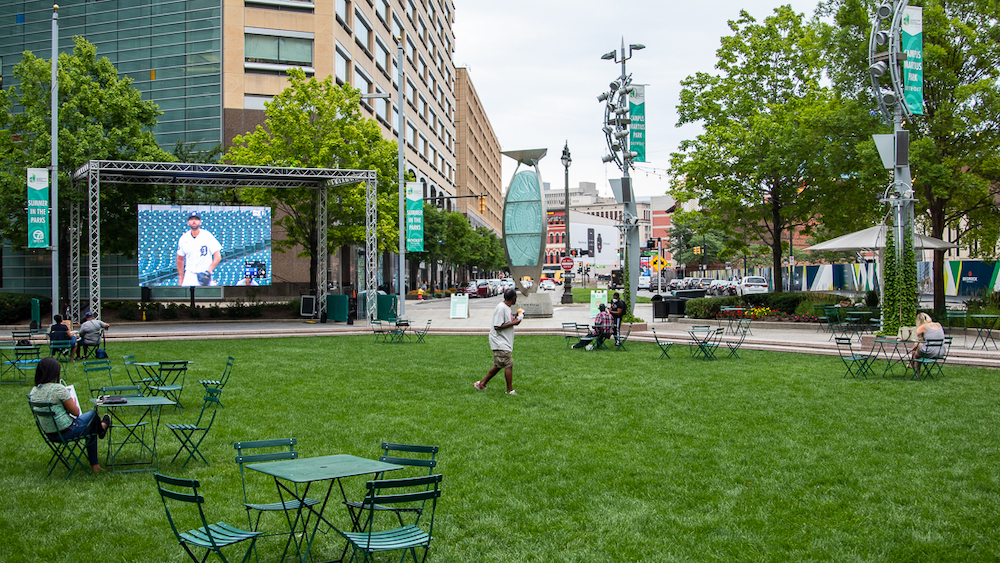 Campus Martius Park sets up a large screen for the Tigers game. It was a great idea that only a few took advantage of. 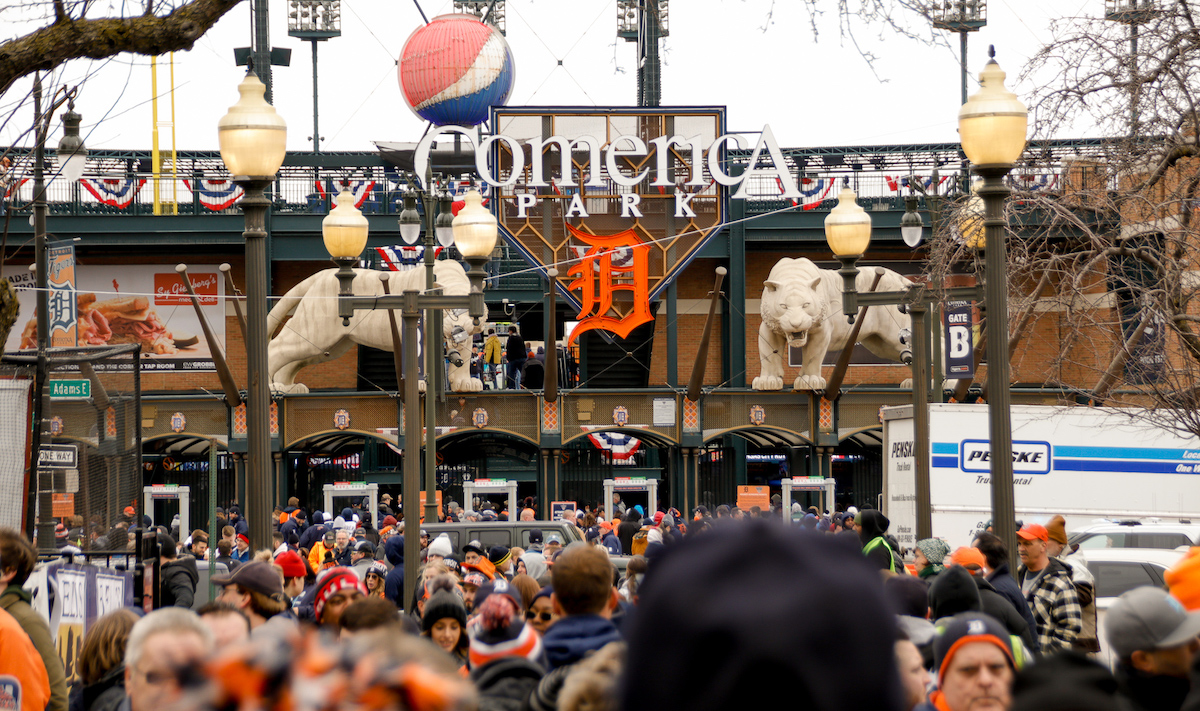 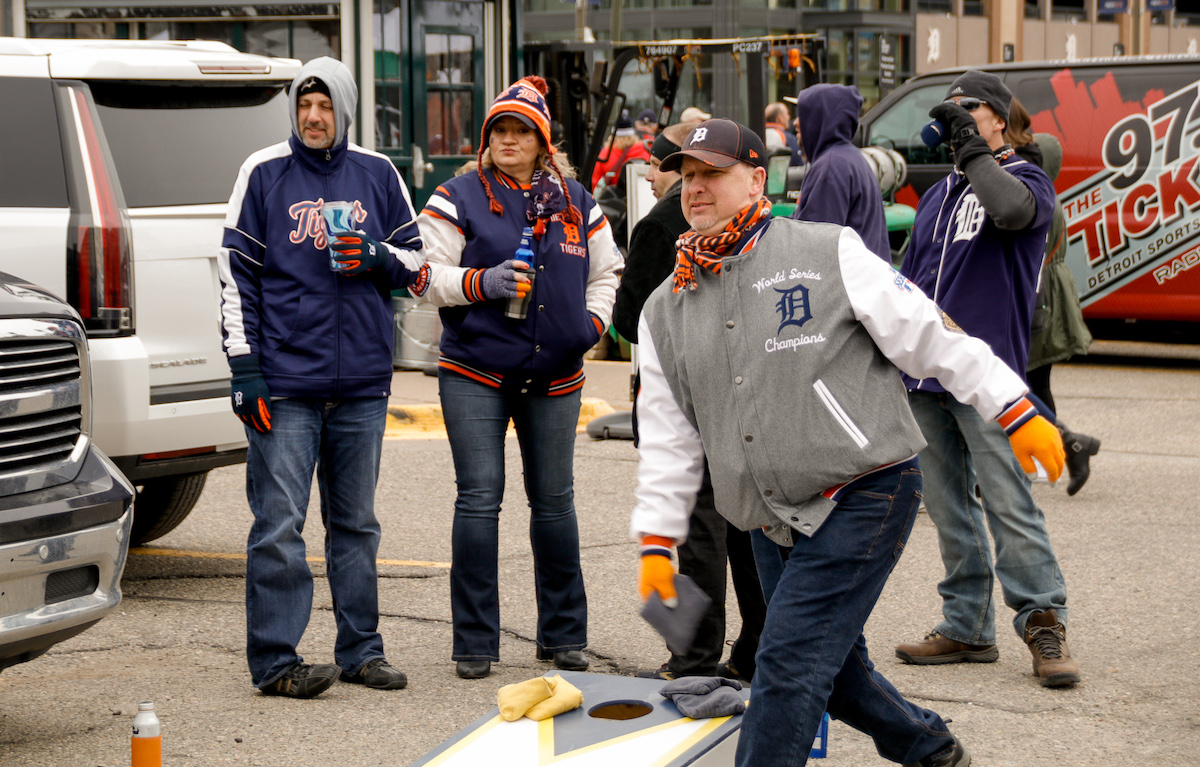 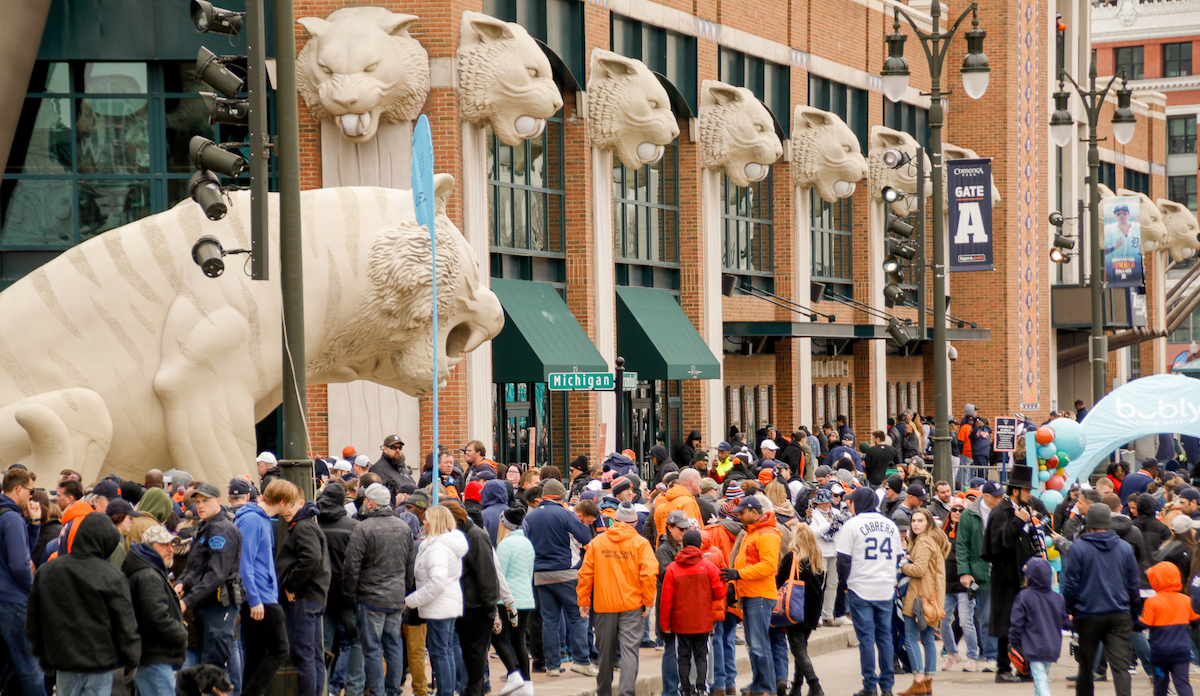 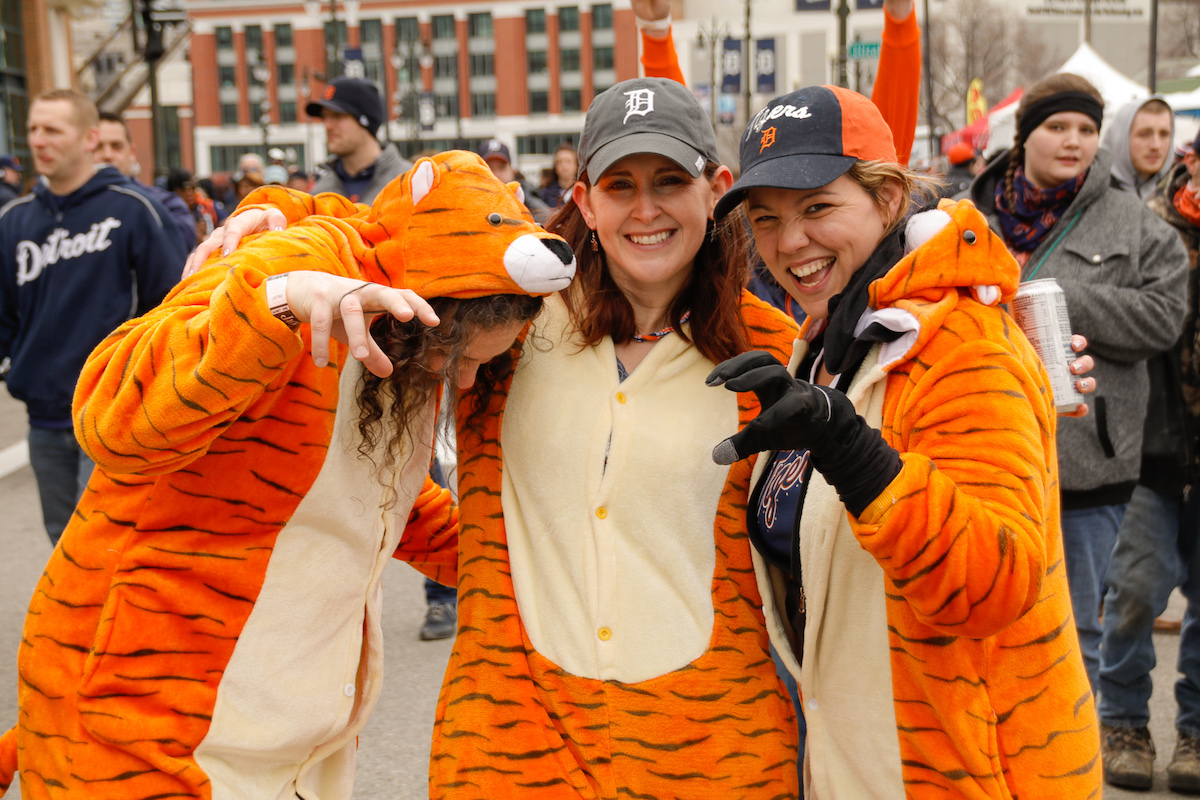 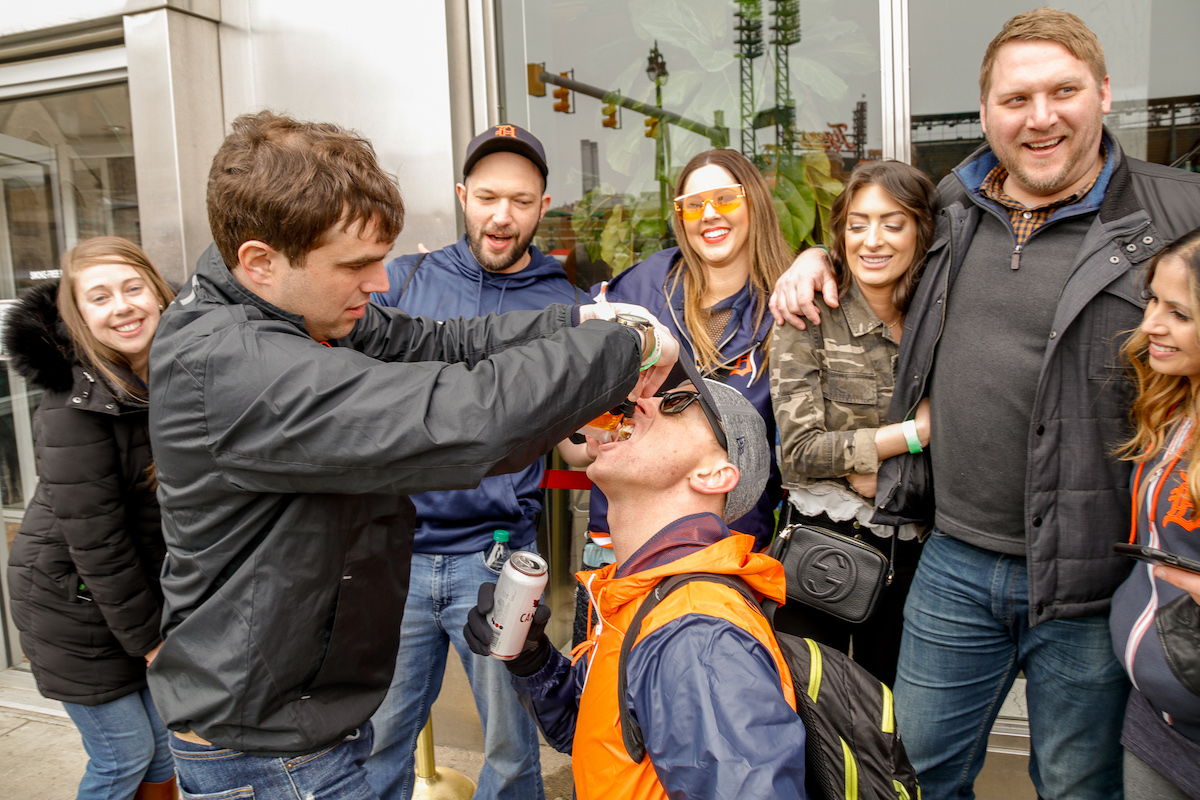 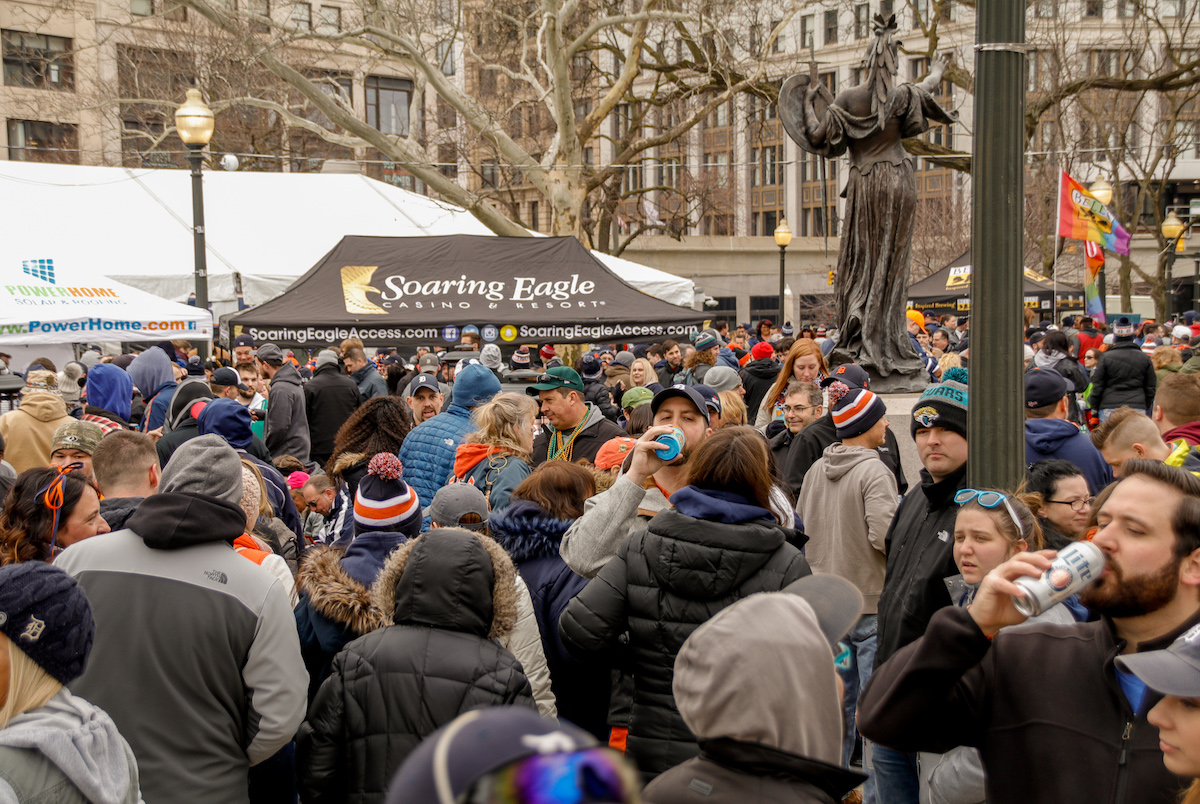