Michigan inn flew a flag from Norway, not the Confederacy, but owners tire of 'hateful emails' 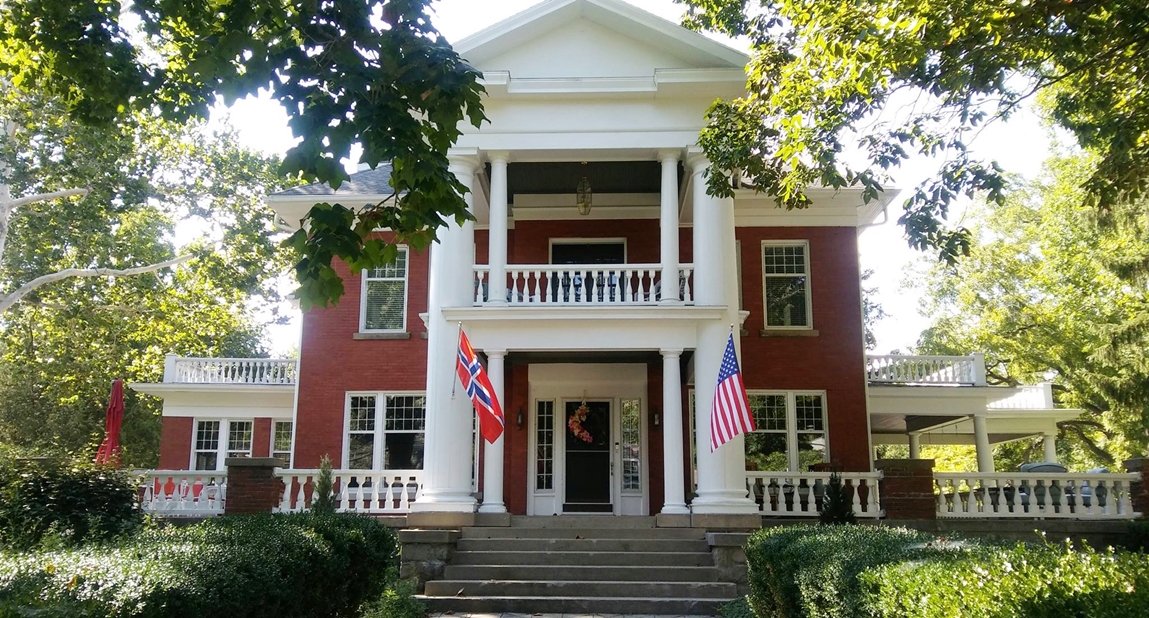 This is a Midwestern inn, not a Southern plantation. (Photo: Facebook)

This mistaken belief may seem amusing, but became so annoying that Greg and Kjersten Offenbecker give up enduring criticism.

The way-off assumption was that their mid-Michigan bed and breakfast flew a Confederate flag.

The banner, no longer hoisted, does have bars and is blue and red -- but the bars aren't crossed and it doesn't show 13 stars, as on a notorious flag adopted in 1863 by the Confederate States of America.

The innkeepers removed the Norwegian flag they flew alongside an American one since 2018 "because they say too many people have mistaken it for the Confederate flag and confronted them," the Lansing State Journal reports.

It had waved at The Nordic Pineapple in St. Johns to represent Kjersten (pronounced CHER-stin) Offenbecker's Scandinavian heritage.

She's a fourth-generation Norwegian and the bed and breakfast's name is, in part, inspired by her family history.

The couple said it never occurred to them that people would mistake the Norwegian flag as anything else, but last week -- after they received the latest in what Kjersten Offenbecker called "at least a dozen hateful emails," and twice as many comments -- they took the flag down. ...

"It bugs me as far as the stupidity of people," Greg Offenbecker said. "Even if the flag is blowing in the wind or laying limp, there are no stars on it. They look nothing alike."

The lodging in Clinton County, north of Lansing, does have a Civil War connection, though. It was was built in 1861 by attorney Oliver Spaulding, a Union Army brigadier general who fought against the Confederacy.