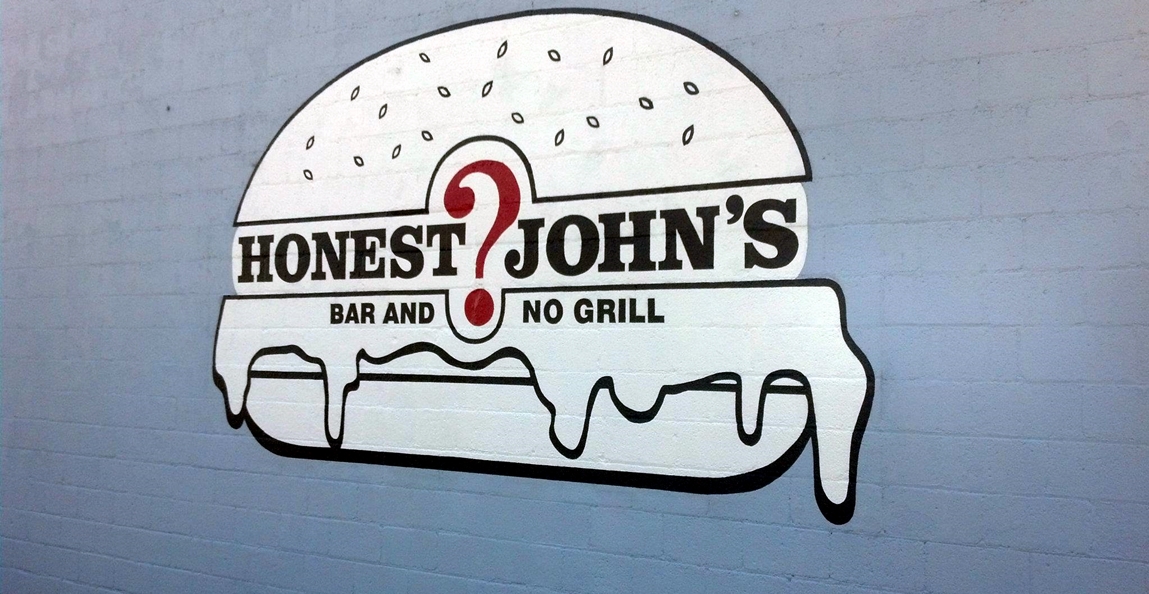 While I was on strike at The Detroit News in the mid-1990s, John Thompson took me in and introduced me to the world of bartending. I needed the money. I craved the experience.

He was a wild man and a keen entrepreneur who took a liking to journalists. He was a great boss.

So I was saddened to hear Wednesday that he had passed earlier in the month at age 66.

The guy with the raspy voice and curly mop of hair owned "Honest? John's, a hip dive bar on Field Street, off Jefferson Avenue near Belle Isle, for many years before moving it to Selden Street in Detroit's Cass Corridor, where he grew up.

In 2014, after about 25 years, he finally got out of the game, selling it to Dave Kwiatkowski, who also owns the Sugar House in Corktown and Wright & Co. He went off to care of his ailing wife Irene, who died in 2018.

Thompson could be rambunctious and loud, but also kind, gentle and caring. He freely told people he never knew his father, and his mother was a hooker in the Cass Corridor. He was a man, but really a kid at heart who had a need to be loved.

He expressed kindness in different ways. Honest? John's delivered cooked turkeys on Thanksgiving and toys on Christmas to those in need in the east side neighborhood where he served drinks and food that consisted of microwaved White Castle hamburgers and chips, pretzels, cheese popcorn and pork rinds with hot sauce. The second location on Selden had a kitchen and full menu. 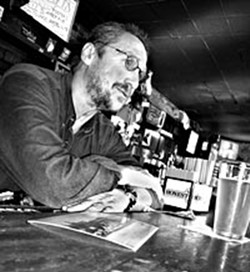 The customers on Field Street included the local dogcatcher, cops, reporters, TV personalities, FBI agents and a few retirees like Joe, a rail-thin man with a tweed sports coat who lived across the street and came in almost daily for a cup coffee that he nursed, then got refills or a few splashes to freshen it up. After hours of sitting, Joe would leave 75 cents on the bar and go off to some senior event. Thompson always made him feel welcome.

His nephew Mike Kiewiscz confirmed the news. Kiewicz’s wife Laurie had been caring for the widowed Thompson for about a year, and was with him when he passed.

I worked at the bar part-time for about 11 months in 1995-96 during the newspaper strike. The fact he hired strikers angered some at The Detroit News, which often wrote favorable articles about him or his charitable fundraisers. They stopped writing about him during the strike, which he didn't like. He enjoyed the spotlight.

I got the job through fellow striker Scott Martelle, who also bartended there and now is an editorial writer at the Los Angles Times. Thompson would joke that he loved hiring journalists because it took them too long to figure out how to steal from him without getting caught.

I didn't know much about bartending, though my father had owned some Detroit bars while I was a kid. But I always wanted to be a bartender. And thankfully, a lack of mixology skills was no impediment.

Thompson would simply say something like, "If they order a drink and you don't know how to make it, ask them how to make it. If they don't know, tell them to order something else." That came in handy when someone ordered a drink like Sex on the Beach.

Martelle texted me Wednesday with news of Thompson's death. And then, at my request, he provided this quote:

"John was, to say the least, a classic Detroit character. I could never quite settle on where exactly his heart was located, but it was big. And he was smarter and more complex than most people realized. Never an idle moment when he was around, and I can still hear him telling people as they left the old bar on Field Street: ‘Drive fast and swerve a lot.’ I’m sorry he’s gone."

Thompson was always getting into mischief. When I worked there, he was on and off the wagon. Years later he gave up booze for good. But in the day, when he was drinking, he would sometimes get obnoxious and throw a shot of whiskey at someone across the bar, just to be playful. He could also be tough. I saw him throw people out, and he was fearless.

One Sunday, two guys came in right after we opened at noon. Thompson left shortly after to go home. The two guys gave me the creeps. They looked a little scary, like out of a Quentin Tarantino film. For about an hour, they were the only two folks in the bar, ordering one drink after another. I finally called Thompson and told him, half jokingly, I was concerned I might end up chopped up in a garbage bag. Thompson wasn't fazed.

Don't worry, he said, they're probably from a nearby halfway house. I found some comfort in his reassurance.

One night he came huffing and puffing into the bar. I asked him what was up. He said he just shot up the car of one of his neighbors, a big dope dealer on the street. No one was in the car. Nothing happened beyond that, as far as I know.

He held fundraisers as part of "Honest John’s Shakedown Society." One of the charity events involved a cold dip in the Detroit River.

"He cared so much about that neighborhood around the old bar,” his nephew Kiewicz tells The News. “In the first Saturday in December we would all jump in the river and we’d get people to sponsor us to do it, and all of that money went to buying toys for the three schools that were around the old bar."

On Easter Sunday, he'd get out the grills on the sidewalk and barbecue chicken and rabbit.

“This is a black-white-gay-straight-young-old bar,” he said in a 1991 Detroit News article, describing himself as “a mother hen with an attitude.”

Fellow Detroit News striker Greg Bowens, who also bartended during the strike, posted on Facebook Wednesday: "Man, sad to hear about John Thompson of Honest John's Bar and No Grill. He did a lot of good here for a long time."

One thing he was not, was shy saying what was on his mind.

"I never did golf, smoke, do heroin, or been gay," Thompson once told Metro Times.  "In my next life I’ll be one cocksuckin', golf-club swingin', chain-smokin' heroin-addicted sonofabitch!"

He may not have been one of a kind. But he was certainly the last of a kind.