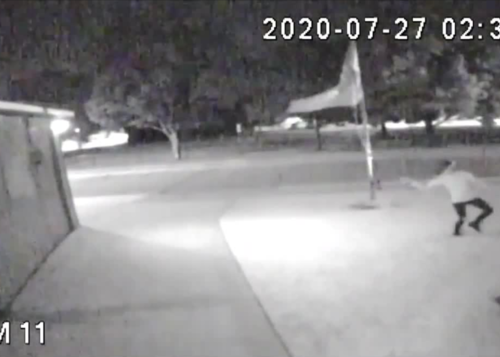 A Wyandotte man who says he's been verbally attacked for being a Trump supporter now believes that's why someone tried to firebomb his home.

The man, who has a large Trump 2020 flag on a pole in his yard, was the subject of an attack Sunday night, police tell WXYZ.

Surveillance video obtained by the TV station shows someone ride up to the home on a bike and throw a Molotov cocktail at it. No damage was done; police say the device hit a window but did not break through.

It's unclear whether the homeowner will now take down the flag.

He tells WXYZ people have also been mean to his Trump-supporting brother, who lives nearby.