LeDuff: Detroit Serial Killer House Still Stands a Year Later in the Land of the Lost 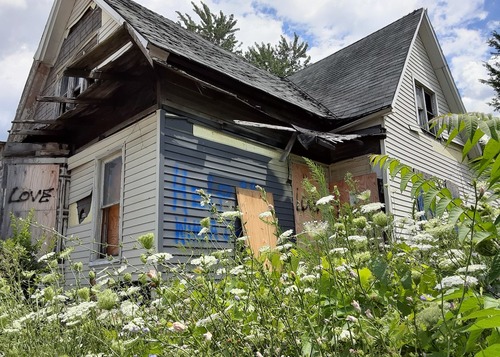 Incredibly, the house of horrors still stands. It is a symbol of it all. A mockery. The quiet neglect rained down from those on high.

The house of horrors is the abandoned residence at Mack and Mt. Elliott on Detroit's east side where serial killer Deangelo Martin did his work.

Remember him? Last year, a woman escaped after he snatched her up and dragged her inside. Two days later, a decomposing woman was found in the basement. Martin currently awaits trial for the murder of four women.

But the house still stands, a sign to those who live around here that they don't matter. Their children don't matter. Not really. Not much.

The city owns the house. In fact, the city and its Land Bank own much of the fetid buildings and garbage strewn lots around here. The mayor promised a year ago to tear down the death house, but not before taking the crass opportunity to push a quarter-billion-dollar bond proposal at a press conference to tear down other abandoned homes so serial killers could never do this again.

And a year passes. The trees grow tall again. Alkies sleep on the porch. Junkies shoot droppers of  joy. Wild dogs roam among the wild flowers. The back yard is an open-air outhouse.

And children live here. Not my children. Not your children. His children.

“My daughter is 13 years old,” said Andrew Jones, who lives across the street from the serial killer house. “Of course I worry someone is going to snatch her up and drag her in there. It's fucked that its still there, but I don't know the reason.”

Black Lives Matter protesters marched by two months ago, followed by the media. But none of them seemed to put it together. This is were the misery lies. Ask the neighbors. They're filled with rage.

Oscar Ellerbe: "Why are we any different"

“It's like they want this to keep happening,” said Oscar Ellerbe, who lives around corner and has hopes of opening a modest barbecue stand in the vacant garage next to the serial killer house. But wild animals and the stench of human waste does little for one's appetite.

“They took all that [demolition] money and it disappeared,” said Ellerbe. “Millions. And now the mayor wants millions more? Shit.”

“Why don't they put that money in the schools?” chipped in Jones. “The schools were filthy before Covid. Why not put the money there and make them clean and safe?”

The mayor has convinced the city council to place a $250-million property tax bond on the November ballot to fight blight. Known as Proposal N (N is for Neighborhoods!) the proposal is a blank check for a mayor who's already blown through more than $500 million dollars for demolitions (funded half with city dollars and half with federal dollars). He's torn down perhaps 20,000 structures and gotten himself two federal grand jury investigations.

Federal prosecutors declined to provide information on the work of the grand juries, even their existence. Representatives of demolition firms who work in Detroit, however, confirm that federal agents and prosecutors are still active.

Whatever the case may be, people around Mack and Mt. Elliott believe the city should be dragged into court as an abusive slumlord.

“And what about apartment at the end of the block?” shouted Ellerbe, who was foaming mad by now. “We keep asking. Nothing. It ain't no better.”

No, it wasn't any better. The crumbling brick duplex the next block over was wide open. The windows blown out. The walls caving in.  A silhouette of a woman in a window frame, injecting dope into her foot. The building is owned by the Detroit Land Bank. 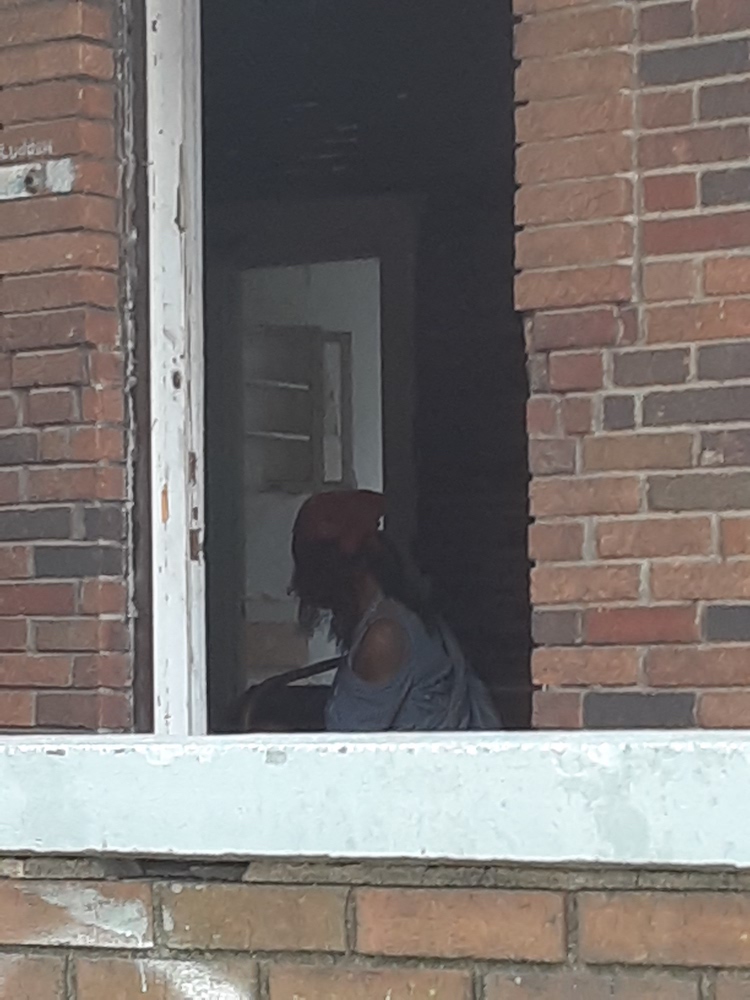 A woman injecting dope one block over from the serial killer house.

Political leaders would have us believe that the coronavirus is the instigator the Great American Malaise. But come here, to the land of the lost, and you realize the virus is merely a Peeping Tom, a deviant that pulled back the shower curtain on American society: underneath it all, gaunt and sickly, infected with debt and crime, ineptitude and racism.

“Take down the fucking house,” boiled Ellerbe, calling out the mayor by name now. “Why are we any different?”