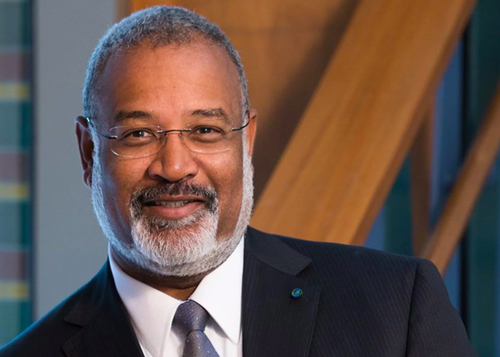 A law firm's independent review of sexual misconduct allegations against a former top University of Michigan official has found he "sexually harassed multiple members of the university community, including both graduate students who worked in his research lab and university employees."

Martin Philbert was promoted to university provost in September 2017 despite having a reputation for inappropriate behavior towards women, with allegations dating back as far as 2005. U-M president Mark Schlissel removed him from the post in January pending the review. It began after Schlissel received an anonymous letter from a woman saying she represented a group who had connected "to corroborate and share our stories of emotional and sexual abuse perpetrated on us within your university by your provost."

The WilmerHale report, according to excerpts in the Free Press, found:

"(Philbert) directed his behavior toward women who worked in both the (School of Public Health's) Dean’s Office and in the Provost’s Office, including one woman he encouraged to move from the Dean’s Office to the Provost’s Office. Among other sexual comments, he told three different women that he wanted to see below their tan lines; told one woman that he was 'aching' for her, and that they could have 'beautiful coffee-colored babies' together; and told another woman that 'if I wasn’t married, I would really go after you.' Philbert was persistent at times, texting at least one woman frequently, inviting her to travel with him, and arriving at work early apparently because she did.

"Philbert also continued to engage in multiple sexual relationships with University employees. For nearly his entire tenure as Provost, he was in simultaneous sexual relationships with at least two University employees, sometimes more. He pressed some of these women to send him explicit photos, which he stored on his University-owned devices. And he engaged in sexual contact with them in University offices, including with one woman on a near-daily basis for a time. These relationships took a toll on the environment in the Provost’s office and created uncomfortable dynamics among some staff."

The damning report appeared to somewhat exonerate Schlissel, who was found to have first heard a complaint about Philbert in fall of 2017 but did not put him on leave and initiate the review until this year.

Schlissel received another complaint about Philbert in April 2019, the report said, via an anonymous survey through which students submit feedback to administrators. One student took issue with Schlissel’s appointment of "a notorious sexual predator, physically cornering and emotionally coercing his female graduate students in his toxicology lab.”

But the report said: "Schlissel did not recall having reviewed the comment, and there is no indication that he (or anyone else at the University) did.”