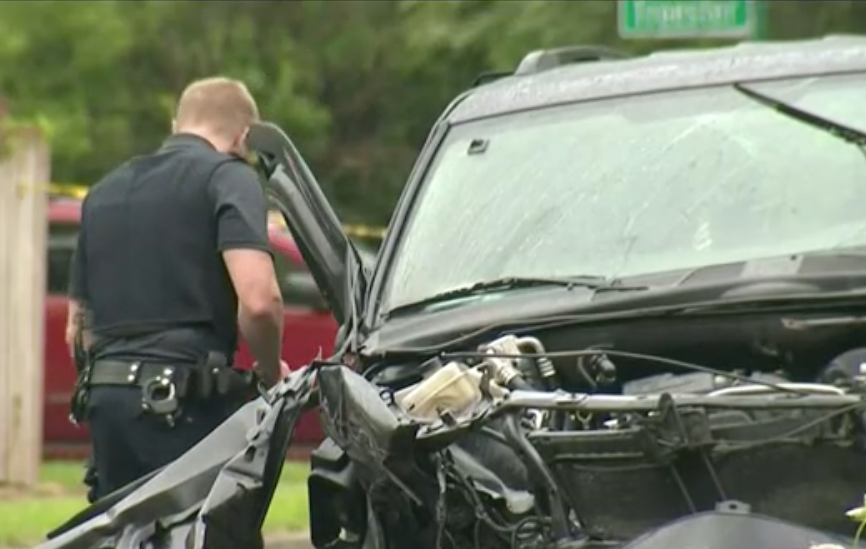 The children surviuved and are in stable condition. (Photo: WDIV video screen shot)

A 33-year-old woman who was driving with her three children on Detroit's east side was killed Saturday afternoon when her car was struck by a stolen vehicle, WDIV reports.

The crash happened around 4:45 p.m. on Chalmers Stree, near near Seymour Street, just east of Gratiot Avenue. Both cars were totaled.

The 18-year-old driver of the stolen red Dodge Challenger and another man in the car were taken into custody. A weapon was also recovered, police said.

The children in the Chevrolet Trailblazer, aged 5-12, were hospitalized in stable condition.