Here's evidence that we can have nice new things, though not this awful year.

A minor league NBA team is moving from Phoenix to Detroit, thanks to a deal by the Pistons and an arena rising near the Lodge Freeway.

The Pistons bought the Northern Arizona Suns, the teams and league announced a few days ago. The Gatorade League team, to be renamed, expects to start playing here in November 2021 at a 3,000-seat field house under construction by Wayne State University. (The Suns stay in Phoenix at an undetermined site for one more season, assuming play resumes this fall. The Pistons’ current G League affiliate, the separately owned Grand Rapids Drive, loses its affiliation after March 2021.) 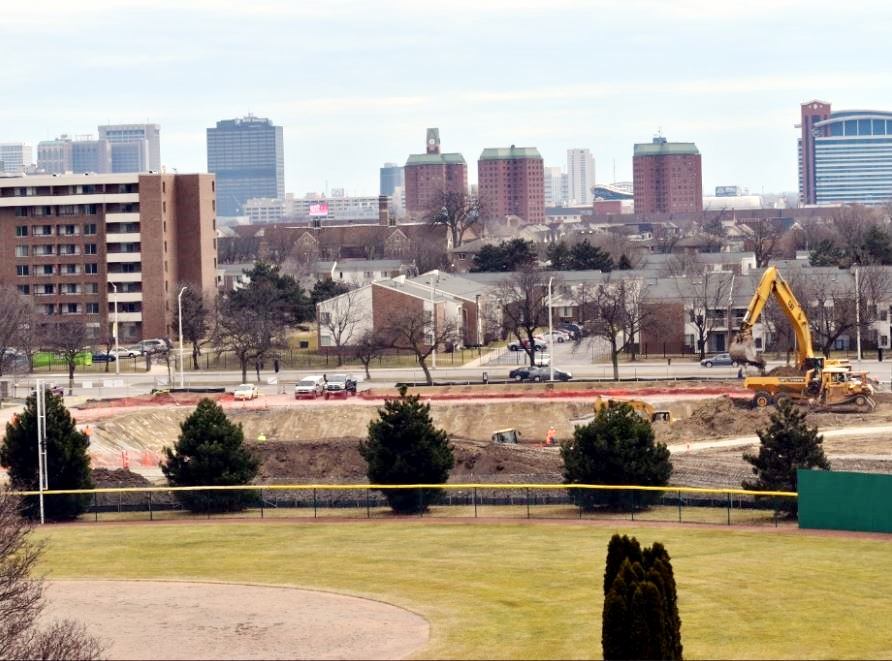 "This is another important investment in our franchise and in the city of Detroit," team owner Tom Gores is quoted as saying. "Having an NBA G League team near our new performance center will be an advantage for our front office, our coaching staff and our young players. It will also generate more economic activity in the area and serve as a catalyst for additional development."

The 70,000-square-foot arena rising off Warren Avenue between the Lodge Service Drive and Trumbull Avenue is financed mainly through bonds issued by the university. It'll have five locker rooms -- one each for WSU men's and women’s basketball teams, two for visiting teams (men's and women's) and one for the NBA minor league team. The construction cost is $28.3 million, WSU says. 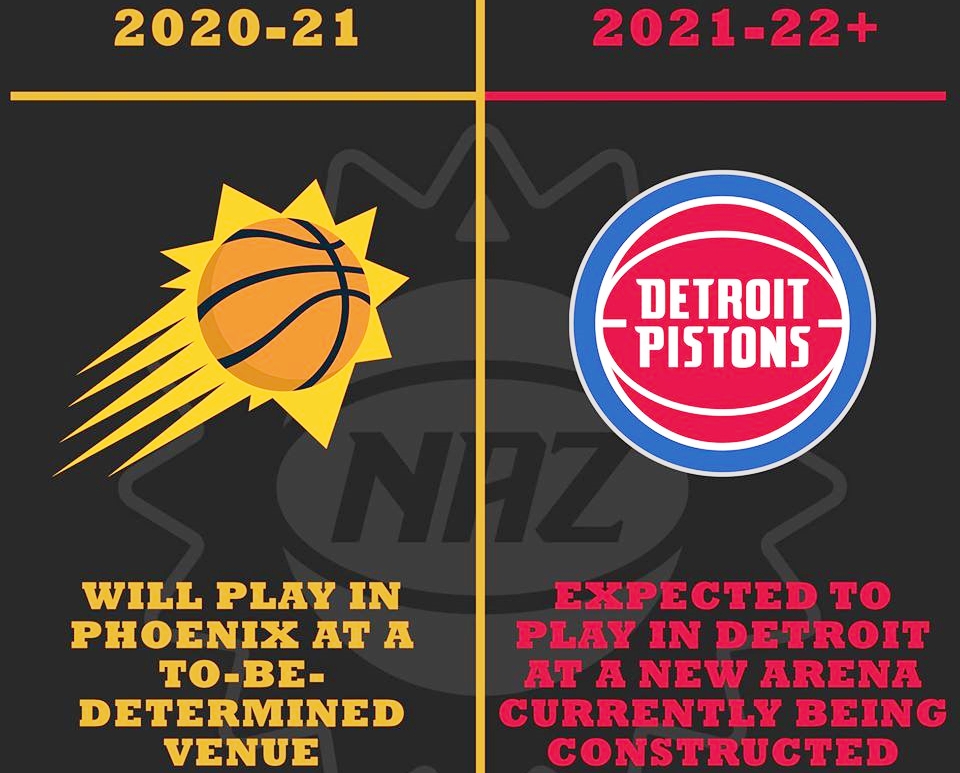 WSU's current home court is the 1,130-seat Matthaei Center, built in 1965 as part of the city’s bid to bring the 1968 Olympics to Detroit. "Fans of Wayne State basketball have waited a long time" for a bigger arena, Athletic Director Rob Fournier said when the project was launched in May 2019.

The 28-team G League, which normally has a 50-game season, began with eight teams in 2001 as the NBA Development League, or D League. It was renamed in 2017 when Gatorade became the title sponsor. Other Midwestern teams are in Chicago, Fort Wayne, Ind., Canton, Ohio, and Oshkosh, Wis.