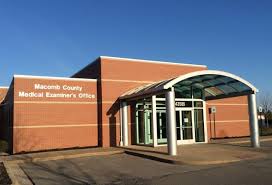 A cake decorated with a Black penis was the enough-is-enough point for an employee of color at the Macomb County Medical Examiner's Office. It showed up in the conference room the same week George Floyd was killed in Minneapolis, Tresa Baldas of the Detroit Free Press reports.

As a result, the woman filed a complaint with the U.S. Equal Employment Opportunity Commission because she was "livid," she tells the paper.

It was the latest sign that things were very wrong in that office, where allegations have surfaced of employees mocking Blacks inquiring about loved ones' deaths, hanging pornography in the office and bullying women who complained.

Last week, three female employes were fired for displaying pornography in the office and on their computers.

The worker who filed the federal complaint — a death investigator -- tells the Freep that she long wanted to report the offensive behavior, but stayed quiet for so long out of fear of retaliation.