The pandemic that surfaced in Michigan five months ago has infected tens of thousands of teens, young adults, the middle-aged and older residents. State data tracks a growing impact on younger generations.

More than one-third of confirmed Covid cases since March 10 affect Michiganians under 40. Diagnoses in the first four age categories total 31,509 as of Tuesday -- 37.5% of the state's 84,050 patients testing positive, according to the Department of Health and Human Services. 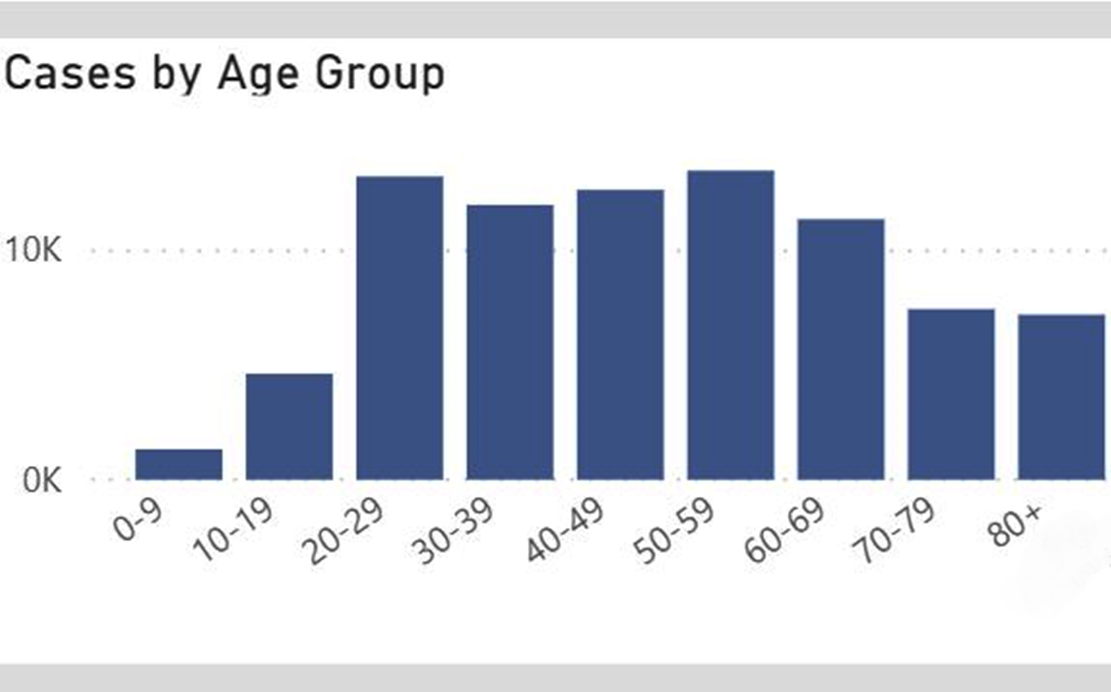 When the age cutoff drops to 29, the share of all cases is 23% (19,413) -- a statistic that undercuts any presumption of reduced health risks among younger people.

The highest death toll, unsurprisingly, is among elderly victims aged 80 or more. More than 2,640 have succumbed, 42.5% of Michigan losses from coronavirus. (State figures list about 7,200 cases in that age group, 8.6% of the total.)

People ages 20-29 represent nearly a quarter of all cases in the last two months, up from 12 percent before June 5.