Tlaib, who drew national attention for attacks on Donald Trump, led by 66%-34% with most votes counted. That mid-afternoon tally from all but seven of the district's 415 precincts shows a nearly 2-1 victory -- 71,346 votes for Tlaib and 36,308 for Jones.

"You all are part of a movement that isn't going anywhere," the congresswoman posts Wednesday morning, thanking campaign aides, volunteers and backers on social media. "We outworked the hate, the corporate greed and all those systems that want to oppress us." 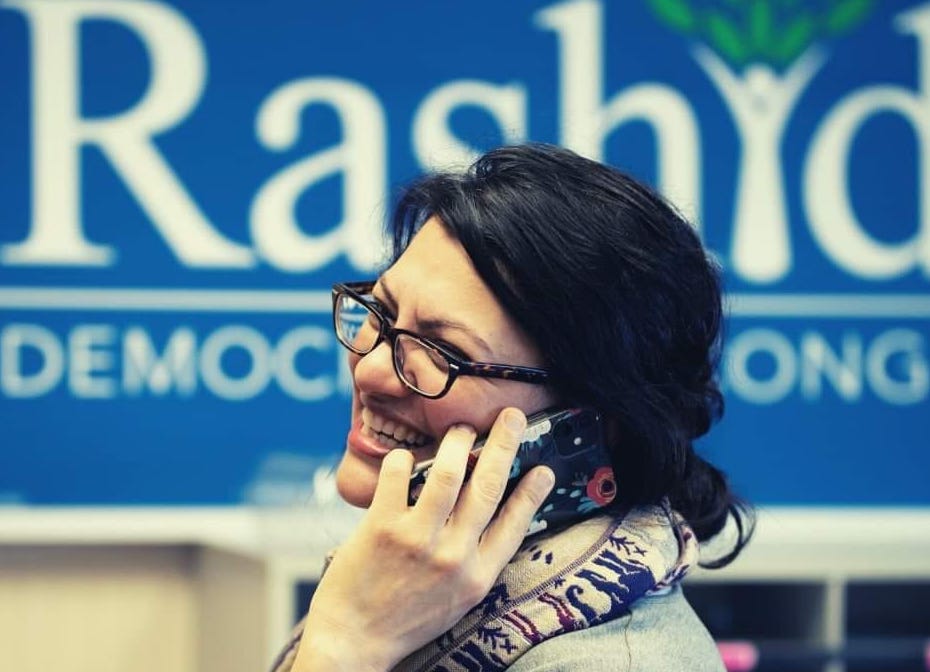 The two Democratic candidates are ideologically divided, with Tlaib further left on the political spectrum than Jones. "We are part of a movement to fight against injustices fueled by racism and corporate greed," the congresswoman tweeted recently. "We never back down and will always stand up for what is right."

This is the pair's third showdown. In 2018, Jones edged Tlaib in the race to fill the balance of former Rep. John Conyers' term, while Tlaib won the full two-year term by just 900 votes.

Racial tensions flared then and now. The district is majority-Black district and Blacks are underrepresented in Michigan’s Congressional delegation. Jones had the backing of the remaining four challengers from the 2018 primary as well as a number of city councilmembers and prominent pastors.

But Tlaib outraised Jones 17 to 1 — $2.9 million to about $170,000 — and waged an ardent campaign door-knocking and meeting with constituents. Jones, who tested positive for Covid-19 in April, campaigned mostly via Zoom.