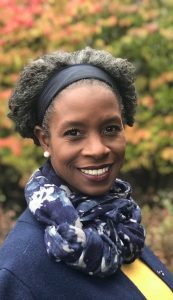 "I think it would feel like a slap in the face, especially given how much Black women have helped prop up the Democratic Party," Geiss tells The Detroit News.

Jonathan Kinloch, Democratic chairman of Michigan’s 13th Congressional District in Southeast Michigan, tells the publication that he feels  Biden owes his nomination to the African American community, and Black women are the most committed group of voters in the Democratic Party.

"The possibility has become an expectation," Kinloch said.

It seemed a given in the past several weeks that Biden would pick a Black female running mate, with Sen. Kamala Harris and Susan Rice considered front runners.  But that given seemed a little more shakey in the past few days when word surfaced that Gov. Gretchen Whitmer had recently flown to Delaware to meet with Biden.

Chris Cillizza, a former Washington Post reporter who is now a CNN politics reporter and editor-at-large, is predicting that Biden will pick a Black running mate, but said if he doesn't, Whitmer would be his pick.