More than 1,600 Southeast Michigan nursing home employees are fed up and ready to walk off the job next Monday.

Michigan Radio has a preview:

Workers from 18 Detroit-area nursing homes will go on an all-day, all-shifts, indefinite strike on Aug 17 to demand an end to what they say are "poverty wages," inadequate personal protective equipment and dangerously low levels of staffing, according to the union SEIU Healthcare Michigan.

Most hourly workers at skilled nursing and rehabilitation facilities are Black women, the Detroit-based union says in a release:

"Covid-19 showed the public what the Black women who work in nursing homes have known for years — these homes put profits over people,” said Izella Hayes, a nursing assistant at Imperial Nursing Home. “We’re standing up to greedy nursing home owners and demanding safe staffing so that every worker and resident can be treated with the dignity they deserve." 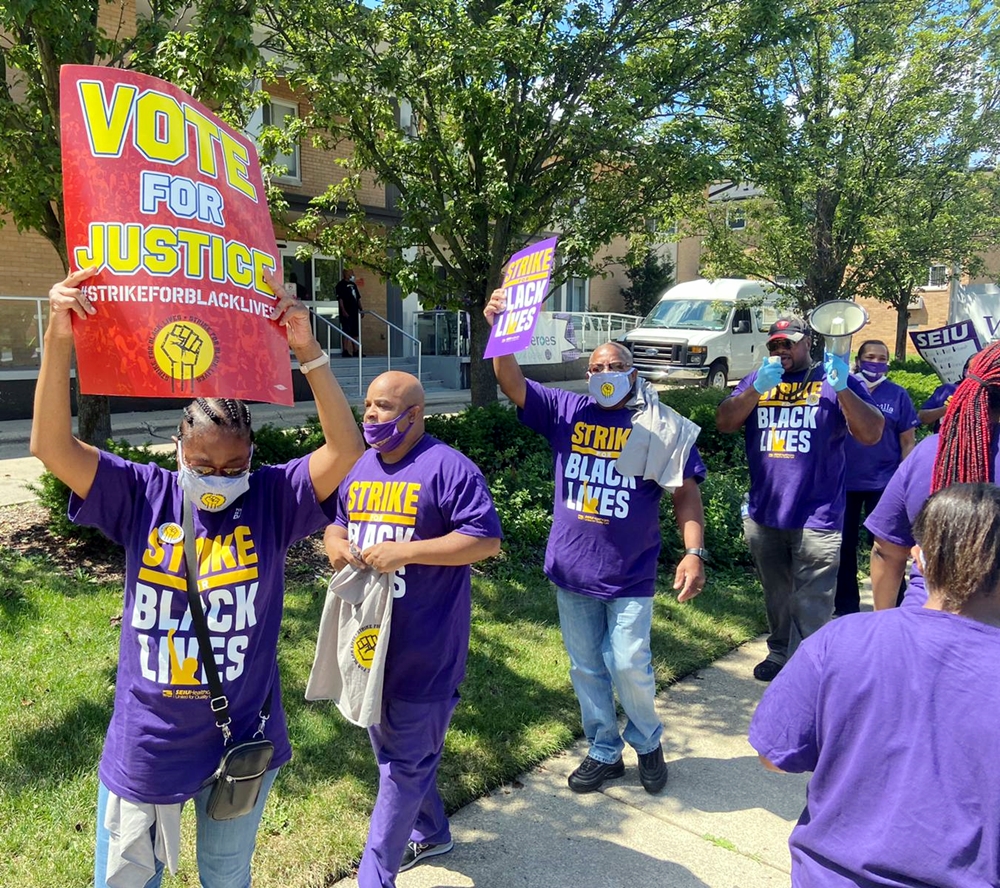 Homes targeted are owned by chains that include Villa Healthcare, a five-state network headquartered in Skokie, Ill., and Southfield-based Ciena Healthcare.

The 18 sites that could be affected include Regency Heights on West 7 Mile in Detroit, Omni Continuing Care on Detroit's east side, Villa at City Center in Warren, Imperial Nursing Home and Rehabilitation in Dearborn Heights, The Manor of Farmington, Hartford Nursing and Rehabilitation Center on Detroiot's west side, and Regency nursing homes in Westland, Taylor, St. Clair Shores and Whitmore Lake. (A full list is here.)

"The overwhelming majority of us are Black, and we are being forced to work through the crisis on poverty wages and without sufficient PPE at a time when Black people are getting sick and dying at higher rates.

"We’re called essential, but we’re treated like we're expendable. We're calling on nursing home owners to pay us a living wage so we can afford to get healthcare just like we provide it, and put in place proper safety protocols and guarantee PPE throughout the pandemic.

The plan to strike comes after Michigan Attorney General Dana Nessel said last week that her office will be "ramping up efforts" to enforce requirements inside long-term care facilities, including nursing homes.