The governor blocks what she calls "an overbroad attempt to fix a problem created by the Republican-led legislature's refusal to acknowledge the state of emergency created by COVID-19 in Michigan."

On Monday, Gov. Gretchen Whitmer vetoed a controversial Senate bill which would've made hospitals and doctors, in many instances, immune to lawsuits during the pandemic. 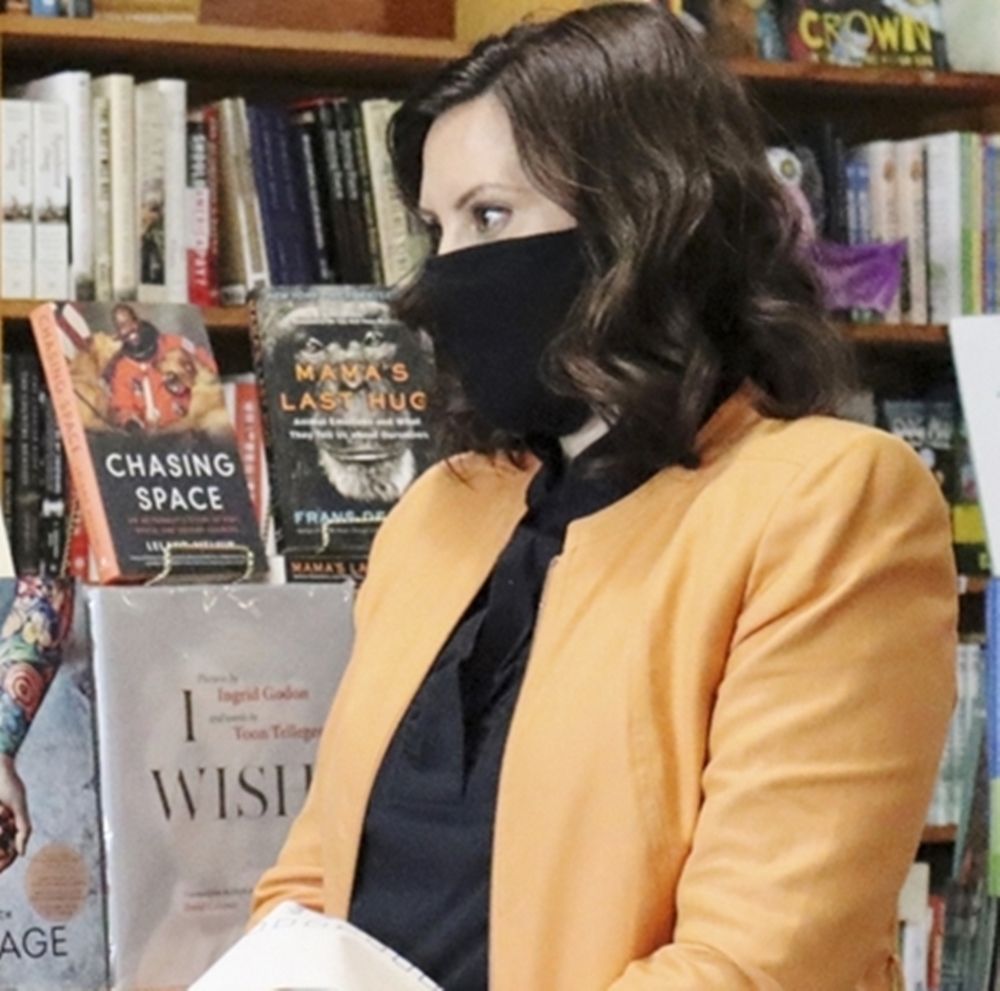 The governor, shown at Source Booksellers in Detroit, blocks a bill she says is "directly counter to the interests of those receiving care." (Photo: Governor's office)

Whitmer and other critics say lawsuit immunity woukld shield insurers that should be accountable for missteps that spread infection spread and deaths during the pandemic.

The majority in both houses of the legislature have refused to recognize this once-in-a-lifetime global pandemic for what it is: an emergency. [This bill] is an attempt to mop up one consequence of that failure. ...

The bill ... [is] directly counter to the interests of those receiving care. For example, this bill would give health care providers and the facilities that employ them broad immunity every time·an emer gency or disaster is declared, regardless of whether the circumstances demand this extreme measure. A person receiving treatment at a hospital or a resident in a nursing home would be powerless to seek relief when they are harmed in any but the most egregious cases.