A Hockeytown native moves into a dream job on the West Coast.

Everett Fitzhugh, 31, is chosen as the first Black NHL team broadcaster by the Seattle Kraken, an expansion team. 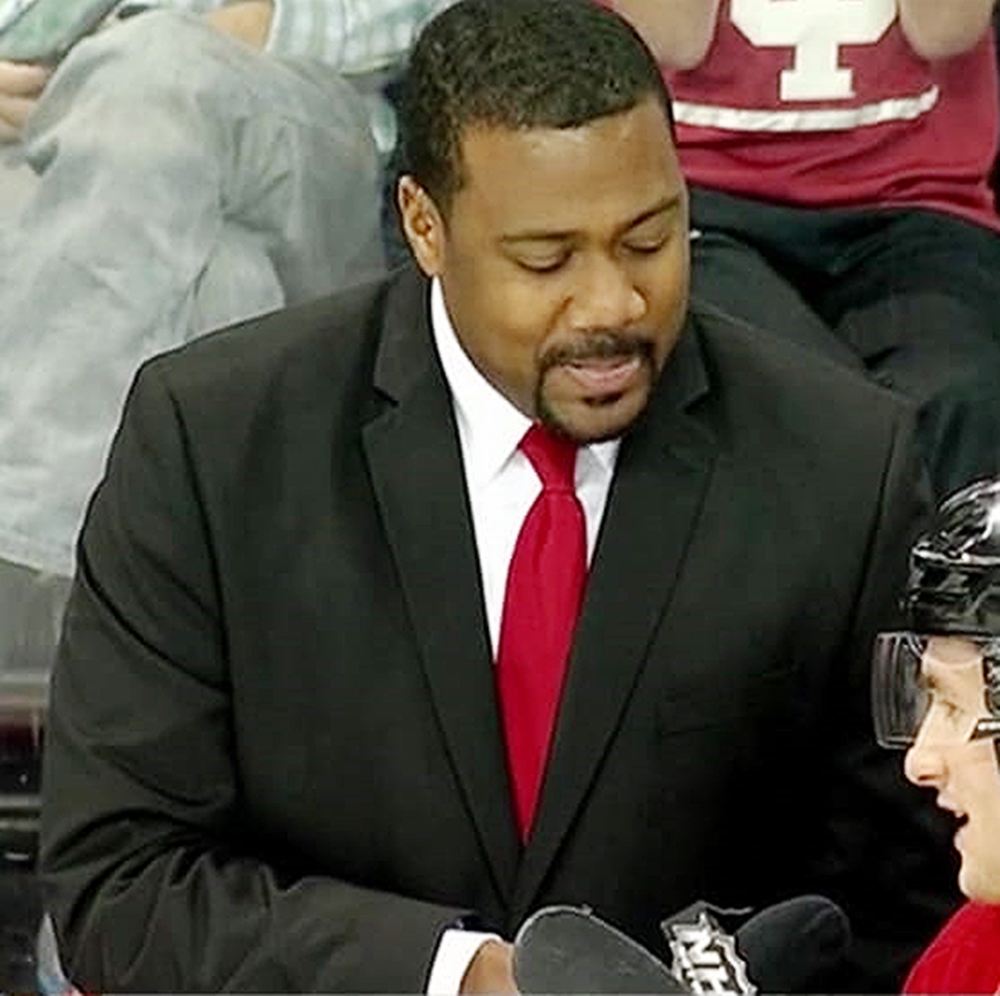 Everett Fitzhugh: "There weren't a lot of Black kids in Detroit who were into hockey."
(Photo: NHL Network)

"I definitely will be shedding some tears before my first NHL game in Detroit, back home," he tells The Detroit News.

Fitzhugh grew up as an only child on the northwest side of the city at Eight Mile and Meyers and attended Tappan Middle School and Pioneer High School in Ann Arbor before starting his hockey broadcasting career an hour away at Bowling Green University in Ohio.

He moves to Seattle next month from Cincinnati, where Fitzhugh has been director of public relations and broadcasting for the Cylcones pro hockey team since 2015. The club is a minor league affiliate of the NHL's Buffalo Sabres.

In a conversation with assistant sports editor Mark Falkner, the play-by-play announcer recalls :

"When I was a kid, there weren't a lot of Black kids in Detroit who were into hockey. I was made fun of sometimes by my classmates and friends because I liked hockey a lot.

"My mom always told me to never let that stop you. There are no black and white sports. If you're a hockey fan, be a hockey fan." ... [Now] I also get to introduce inner city kids, minorities and people of color to a game which historically hasn't seen a whole lot of nonwhite faces."