Why are these Detroit leaders helping Moroun get hazmat across his Ambassador Bridge? 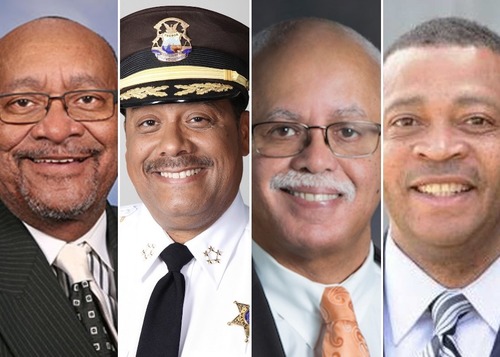 It started in January with Brandon Dillon, former chair of the Michigan Democratic Party, a former representative in the State House and, now, a lobbyist for Matthew Moroun, owner of the Ambassador Bridge. Dillon was hoping to rally support for the Morouns’ latest bid to send certain hazardous materials across the aging span when he turned to an old colleague, Rep. Wendell Byrd, for help.

Byrd, a Detroit Democrat who has received at least $2,500 in campaign contributions from the Morouns and bridge executives, obliged, writing a letter to Gov. Gretchen Whitmer that urged the reversal of a longstanding ban on letting corrosive and flammable materials over the span.

Eight of nine other lawmakers who represent Detroit signed on with help from his prodding. A similar campaign followed in the Senate, led by Sen. Marshall Bullock. Wayne County Executive Warren Evans and Sheriff Benny Napoleon also expressed support, following pitches from bridge executives. Collectively, the two have received tens of thousands in campaign contributions from the Moroun family.

What’s in it for the Detroit International Bridge Company is unclear. An executive says the number of additional trucks that would use the span if the ban on Class 3 and 8 hazmat were lifted is “de minimus” — negligible. Instead, he says the issue is one of fairness: Other bridges with similar safety gear are allowed to carry the materials.

Following that argument, what’s in it for the lawmakers — and, by extension, the constituents they’re elected to represent — is also unclear. The bridge company talking points they push center on safety: When the materials can’t cross the Ambassador, they say, they’re then hauled along I-94 from the Blue Water Bridge in Port Huron, increasing the risk of spill on the area’s roadways. MDOT should consider “science, facts, and public safety,” and take the path of least resistance, the lawmakers say.

But if a negligible number of trucks appear to be making the detour, as bridge company Vice President Kevin Kalczynski says and data suggests, why campaign for a rule change?

The answer, experts say, hinges on access and influence — the type that companies like those in what’s now Matthew Moroun’s logistics empire spend millions to obtain, and that average constituents with gripes about unfair policies can only dream of.

The unfolding of this single process offers a look into the sausage-making of Michigan politics, how business interests find willing ears in not only lawmakers, but former lawmakers, like Dillon. (Michigan’s term limits offer an eternally refilling supply of the latter with each election cycle.) 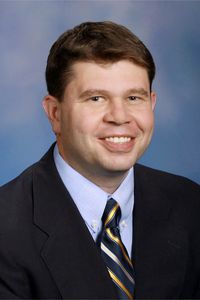 “What is clear from political science research ... is that business groups that make campaign contributions tend to gain greater access to state legislators, compared to your average state resident,” Marty Jordan, an assistant professor of political science at Michigan State University, said in an email.

“As a result, business groups tend to have more time to share their perspective with legislators, hoping to (make lawmakers) see a particular issue and policy solution in the same way. This additional access and time spent can lead to legislators contacting a bureaucratic agency or introducing legislation or taking another action.”

A new governor, a new opportunity

The hazmat ban that dates back to the 1920s was already reconsidered in 2014, with MDOT moving to keep it in place after community members argued a spill could harm the Detroit River and densely populated areas nearby. The 91-year-old bridge, they say, is ill-equipped to handle a hazmat incident, unlike the newer Blue Water Bridge, where Class 3 and 8 hazardous materials are permitted only under a grandfather clause.

A petition drive against the latest push for a rule change further claims the Ambassador restricts access of government inspectors; is not known to have conducted an independent safety analysis of the bridge or its infrastructure; does not have a transparent spill-containment plan; and does not separate passenger vehicles from cargo trucks.

Kalczynski disputes some of these claims, saying the integrity of the bridge is checked annually by a well-regarded firm and that containment plans have been shared with emergency agencies in Detroit and Windsor. He also notes the span has a working fire suppression system, which has been confirmed by local emergency officials.

Bridge officials contend the 2014 MDOT decision was politically motivated — retribution by former Gov. Rick Snyder, who was fed up with the controversial family’s efforts to thwart a second public span downriver, now being built. The agency, they note, initially OK’d the transport of Class 3 and 8 hazmat with a safety vehicle escort in a 2012 report.

The new Gordie Howe Bridge will be able to carry the hazmat classes in question.

But it’s unclear how much more traffic lifting the ban would create for the Ambassador, or how many hazmat loads would be diverted from area roads. All that’s known is that an estimated 2,500 to 3,000 hazmat loads cross the Blue Water Bridge each year, of all nine hazmat classes. There’s also another direct route for trucks carrying hazmat to get to Canada, and that’s via the Detroit-Windsor Truck Ferry, which runs regularly during business hours. The detour through Port Huron is otherwise 3 hours and 166 miles.

(The Windsor Star has reported the bridge company’s true aim is to get oil tankers across to fill its duty-free gas pumps on the Detroit side, but Kalczynski disputed that, saying those pumps are fed via pipeline.)

“We view this as a fairness issue,” said Kalczynski. “We’re in the midst of trying to analyze the number of additional crossings this might create on our bridge, but we should have the right to offer the same services (as other bridges).”

Fairness for business or safety for citizens?

Though his letter spoke of regional safety, Byrd was ultimately amenable to that line of argument.

“Any business is trying to make a profit and more money,” he said, acknowledging what he understood the bridge company’s intentions to be, “but it should be a level playing field for everybody.”

When pressed for specifics on the threat hazmat vehicles pose on area roadways, he conceded, “I’m not no expert on transportation.”

Byrd could not recall having received campaign contributions from the Morouns and their affiliates; he said his relationship with the family stemmed instead from its recent purchase of the Bel Air shopping center, on 8 Mile in his district, where “they want to do some development.”

Another supportive lawmaker was Tyrone Carter, who represents the communities closest to the bridge. The first-term Democrat received a $1,000 contribution from Matthew Moroun in October, and was in 2017 the beneficiary of approximately $20,000 that flowed from the Morouns in an effort to unseat his then opponent, City Councilmember Raquel Castaneda-Lopez. Carter lost that race and says he was at the time unaware of the negative campaign waged by the Morouns.

Carter learned of the hazmat proposal from Byrd, who he shares an apartment with in Lansing.

“I asked him about the particulars and I looked at it and it came down to fairness and due process,” he said. “If other bridges are able to do it, then why aren’t they?”

While the letter he signed advocates for the Morouns’ position, Carter, having since caught heat for his support, says he now only thinks the Morouns deserve only a hearing. A second one, as this was already debated prior to the 2014 decision.

Carter said he was initially unaware of community opposition and had received no pushback in the months since signaling his support. It was only in July, as the Aug. 4 primary neared, that he heard from an angry constituent tipped to the issue by Steve Tobocman, who previously held Carter’s seat and was backing one of his opponents.

Deb Sumner was the district resident who chastised Carter. 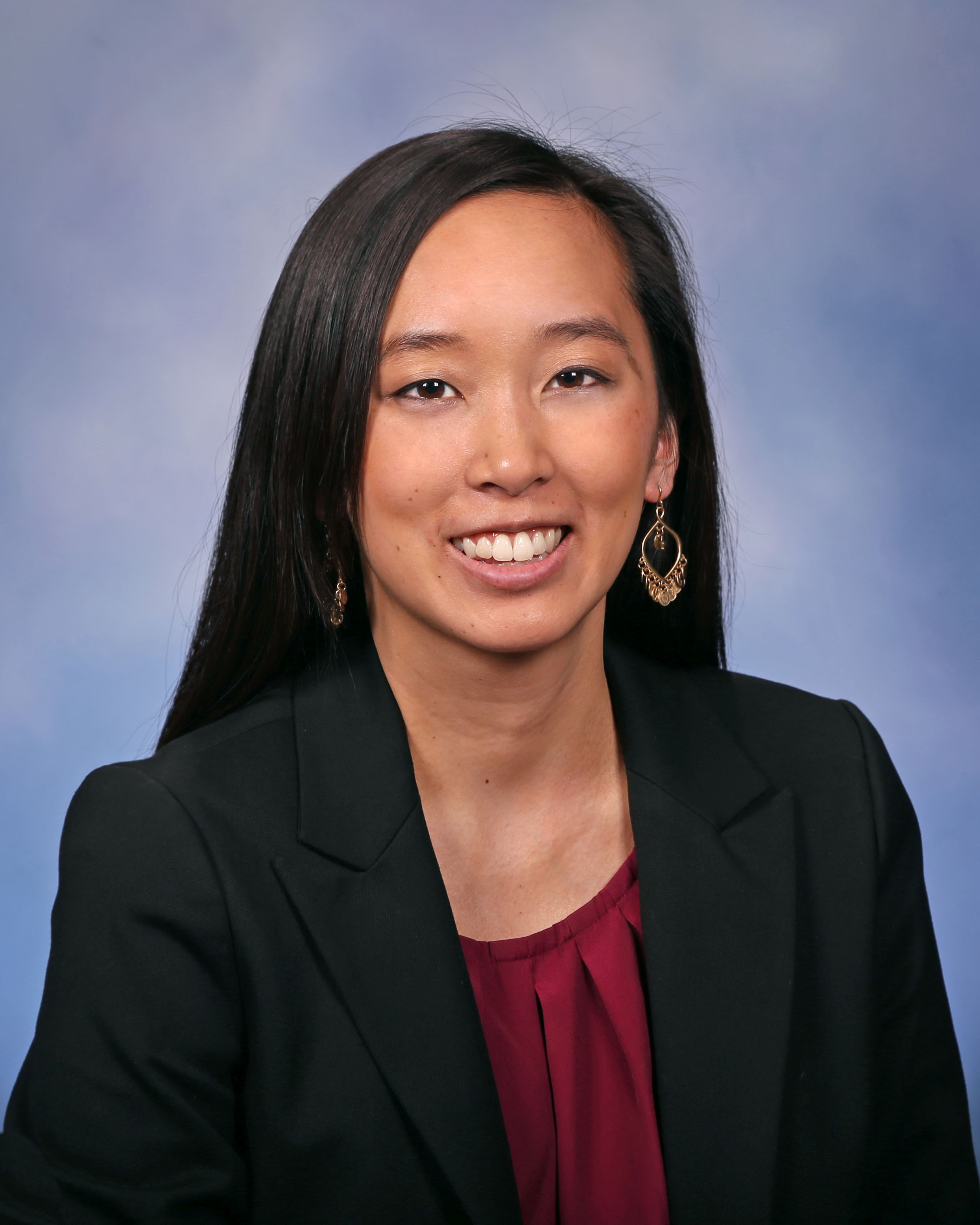 “The National Hazardous Material Route Registry may and should only be changed to enhance public safety,” letters sent to Whitmer by Chang and Tlaib say. “Three schools and two public parks lie within the vicinity of the bridge and plaza, and the bridge opening lies in a densely populated neighborhood, where 40 percent of residents are children.”

Tlaib warned against placing faith in the bridge company — “a bad actor, a repeat offender that puts profit ahead of safety.”

Now that Carter has learned more, he said, “I should have asked Wendell Byrd who’s behind this, is there a trap door somewhere?”

Chang said another lawmaker with whom she spoke also wished she’d known more before signing the letter to Whitmer. Rep. Cynthia Johnson, she said, signed both the letter in support of lifting the ban and a petition against it.

Sen. Betty Jean Alexander was the only other senator from Detroit not to sign. Her chief of staff, former state legislator LaMar Lemmons, says she had no need to.

“Since Betty was able to get elected without spending any money she has the ability to make her decisions free from the influence of special interest groups,” he said.

Letters of support also came in from beyond the state Capitol and Detroit. Macomb County representatives John Chirkun and Kevin Hertel wrote Whitmer in January.

Evans — who has over the years received at least $27,000 from the Moroun family — sent his letter last November, after a meeting with bridge executives.

“Policy positions are determined based on what is best for the county, its residents, and its businesses,” his spokesman, Bill Nowling said in an email.

Napoleon — who’s received at least $8,400 from the Moroun family — expressed his support to the state in October. His office did not reply to a request for comment.

In a May response to bridge officials, MDOT said the bridge company would need to submit a number of materials and letters of support to receive a reconsideration. The agency sought letters from Chang, Carter, Evans, and Detroit Mayor Mike Duggan “in lieu of conducting several public meetings.”

Duggan — another recipient of Moroun family money — has yet to say which way he’ll go. City environmental and transportation staff were still reviewing the proposal as of last week, a spokesman for the mayor said.

Kalczynski says he plans to submit materials to the state later this month.