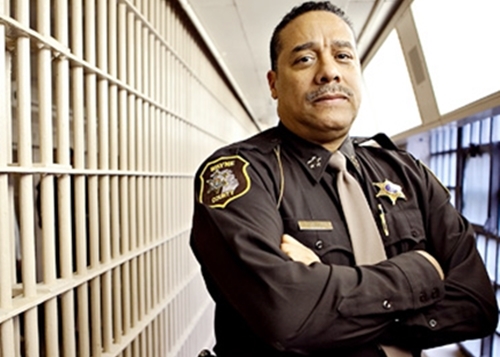 Wayne County Sheriff Benny Napoleon has been spending beaucoup campaign cash on things like gym memberships and Lions tickets, and is trying to play it off as not-illegal with excuses like “Don’t I need to be in shape and stay healthy” and "I need to be seen supporting the sports teams in the county."

Metro Times uncovered hundreds of thousands of dollars in questionable spending by the two-term sheriff, who cruised to a primary victory last week with little campaigning. Napoleon has received more than half a million dollars since his 2016 election, according to the alt-weekly.

Here's an itemized list of some of his more eye-popping expenditures:

• $541 for tabs at Hooters in Orlando, Las Vegas, San Diego and Washington, D.C.

Michigan law says campaign funds can pay for job-related expenses, but not personal items and services. Napoleon tells Metro Times all these transactions fall into the former category.

"Everything I have done in that account has been reviewed by my lawyer and my CPA," Napoleon says. "Everything on there is work-related or campaign-related."

Violators of the Michigan Campaign Finance Act can be precluded from running for office in the futue (Napoleon still needs to clear a November general election) or face jail time. There's no investigation into the transactions right now.