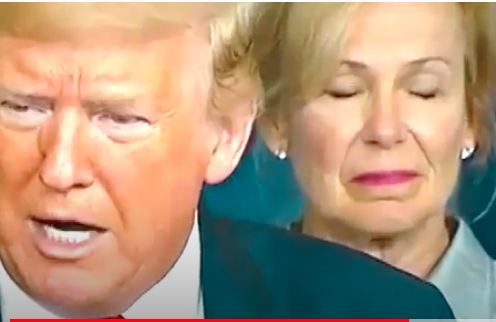 Scene from the video

David Weiss, aka David Was, an Oak Park native who was in the band Was (Not Was), has produced an anti-Trump video with a collection of TV and movie snippets of Trump and Charlie Chaplin set to a techno/hip-hop beat.

Weiss, a Los Angeles freelance writer and University of Michigan graduate, wrote the music for the video, which he shared with  Deadline Detroit. The Lincoln Project, founded by Republicans against Trump, plans to distribute it, he says.

How to out-trump Trump himself? Cut-and-paste his greatest self-immolating statements to a beat that just won't stop, add Charlie Chaplin "Great Dictator" clips and hit the blend button on the old mixmaster! Pour a cold beverage (anything but Clorox) and fasten your seatbelts. 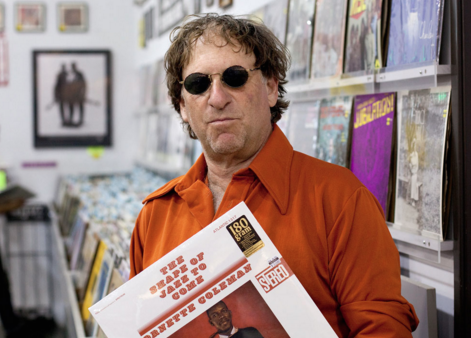 "Forced into a creative corner by the Covid demon, I had to purge my disdain for the continuing tragedy of King Donald the First, either that or go postal," Weiss writes. "But even that's more difficult now that they've cut the budget of the USPS! Shame upon shame, perfidy on top of perfidy."

"I knew when I started assembling the track that it needed a visual component and I was lucky to find Detroit native Mark Manos in LA to offer his time and passion to the project. His contributions have been invaluable."

Was (Not Was) was founded in 1979 by Weiss and fellow Oak Parker Don Fagenson, aka Don Was, who has produced albums for the Rolling Stones and Bonnie Raitt. Some of Was (Not Was) songs included appearances by Mel Torme and Frank Sinatra Jr. Their last album was released in 2008.