It's a pain in the butt, feeding those cans and bottles through the return machine, hoping against hope you can get them all in before the thing jams or fills up and the dreaded "call for assistance" screen appears. But it's something you do for the good of the state, and if it were really that awful, you'd give those cans to a homeless dude or kid raising money for Little Leage and let one of them collect the $5 or so in returns. 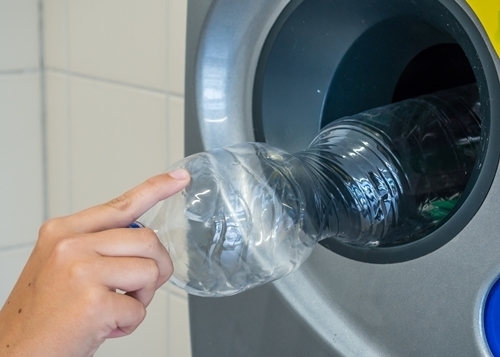 Those dimes add up (Deposit photo)

Now an industry group says it's time to take another look at Michigan's bottle-deposit policy, specifically where the money goes.

“Every year, millions of dollars that should be used on expanding and updating recycling infrastructure throughout the state goes into the department of Environment, Great Lakes and Energy’s budget — and it’s not entirely clear how it is spent,” Spencer Nevins, president of the Michigan Beer & Wine Wholesalers Association, said on Wednesday. “If we truly want to protect our Great Lakes, we must reinvest in this outdated program before it collapses under the weight of years of neglect.”

The organizations want a greater portion of the revenues from unredeemed bottle and can deposits to go to recycling programs, beverage distributors and police to help stop deposit fraud. But EGLE officials say doing so would take already insufficient funding away from programs to clean up contaminated sites statewide.

Most deposits go back to the purchaser, your reward for doing the chore described above. But the state collected nearly $43 million in unclaimed deposits in 2018, three-quarters of which it turns over to EGLE and the rest to retailers. The wholesalers want that formula adjusted to:

20% to beverage distributors charged with implementing and overseeing the bottle bill.

5% to law enforcement to combat bottle deposit fraud — the bringing in of large amounts of bottles and cans from other states and Canada to fraudulently obtain Michigan's dime refund.

The last item is a "Seinfeld" trivia question, of course.