A 37-year-old Detroit funeral director is charged with murdering his counsin.

Major Clora, Jr. shot his 58-year-old cousin outside the Clora Funeral Home Monday morning following an argument, authorities allege. The funeral home is on 7 Mile near Mound Road on Detroit's east side. 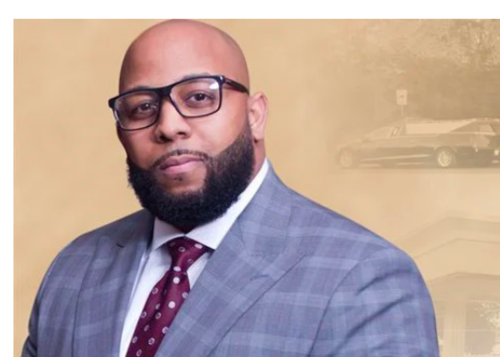 Clora faces charges of second-degree murder and felony firearm. He was released on a $100,000 cash/surety bond and is due back in court Aug. 20.

The alleged killer was named one of the Michigan Chronicle's 40 under 40 in 2015. According to an accompanying profile, he entered the death business in his 20s and was at one point the youngest person in the state to own a funeral home.

Clora is reportedly an alum of Cass Technical High School and the Wayne State University School of Mortuary Science, where he was the second Black class president. He's also said to be religious — believing "firmly in his faith in God and ... a member of Second Ebenezer Church."