Derringer: The president plans to spoil the election. Who will stop him?

“Michael Clayton” is one of my favorite movies, one for adults who appreciate the sticky complications of a broken world. Great performances all around, including a supporting turn by Sydney Pollack as a senior partner in a powerful law firm.

As the case at the center of the narrative is unraveling, George Clooney stands before his desk and asks what the corporate-whale client, guilty of peddling a poisonous herbicide, would do if their secret gets out.

“What would they do? Are you fucking soft? They're doing it!” Pollack’s character explodes. It stuck with me, maybe because journalism is a craft as obsessed with speculation about what they – the powerful of the world – would do as much as what they’re doing. 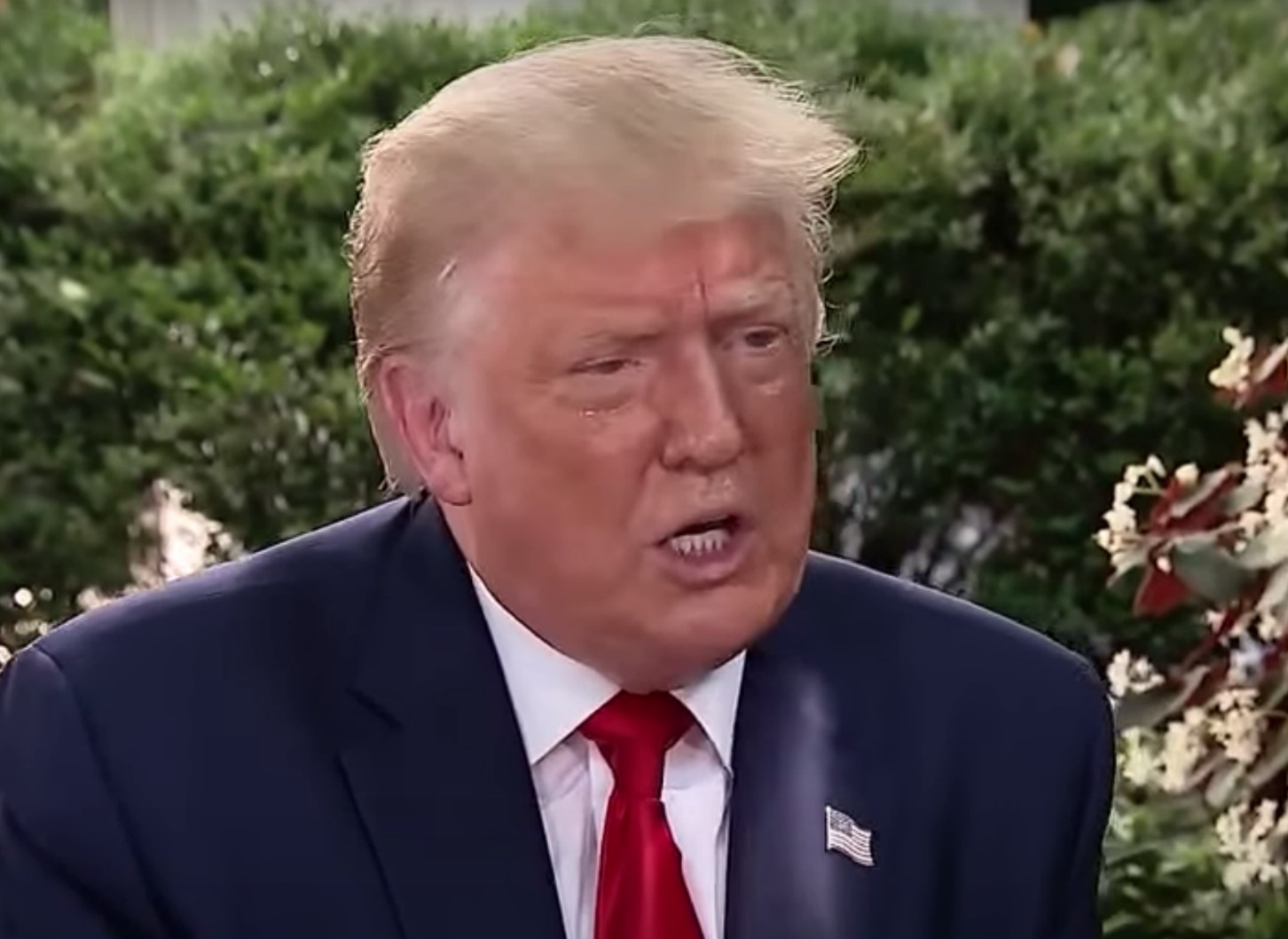 "That means they can’t have universal mail-in voting, they just can’t have it." (File photo)

Here’s another line, not from the movie, that resounds in my head these days, an internet trope: “the quiet part out loud.” Meaning someone is saying something that’s usually muttered when the mics are off, or whispered between allies, or obscured in flowery language.

This week, the president of the United States told Fox Business journalist Maria Bartiromo he doesn’t want to help the struggling U.S. Postal Service, and here’s why:

“Now, they need that money in order to make the post office work, so it can take all of these millions and millions of ballots. Now, if we don’t make a deal, that means they don’t get the money. That means they can’t have universal mail-in voting, they just can’t have it.”

That’s both the quiet part out loud and Sydney Pollack’s exasperation in one package. The president doesn’t want to allow millions of Americans to vote by mail – a perfectly legal practice, and one that is, frankly, none of his damn business – and he’s going to cripple the post office to do it. He already has a flunky in charge, laying the groundwork. We’ve all heard the anecdotes about long-delayed delivery of everything from packages to, yes, absentee ballots. And we all know the president doesn’t like mail-in, i.e. absentee voting, even though five states conduct their elections entirely by mail with no problems. He thinks voting by mail won’t be to his advantage, and he’s probably right. So what will he do?

Are we fucking soft? He’s doing it.

This is mind-boggling. This goes beyond a mobster saying you got a nice place here, be a shame if anything happened to it. This is the mobster saying, right into the informant’s concealed microphone, “Testing, testing, one-two. Is this thing on? I’m going to strangle the post office to keep people from voting.”

Now. There are those who would say, oh no, he’s not doing that. Nothing is keeping people from going to their polling places, standing in line for anywhere from a few minutes to a few hours, and casting their ballots the old-fashioned way. Sure. Nothing except a pandemic, fewer polling places, a lack of qualified poll workers – the list goes on. We all saw the photos from the Wisconsin primary in April, of voters in parkas and masks standing six feet apart on the sidewalk, a look of murder in many eyes. Multiply that times 50, add flu season and a heavy turnout, and ask yourself how likely it is that your grandma, or you, will be able to endure an hours-long line to do a civic duty.

It's not easy in the best of times

It so happens that, to quiet the voices screaming in my head, I signed up to work in the most recent election. Did the training and showed up as an inspector at a precinct on Detroit’s east side. Sixteen hours in a mask, for a payment of about $200. 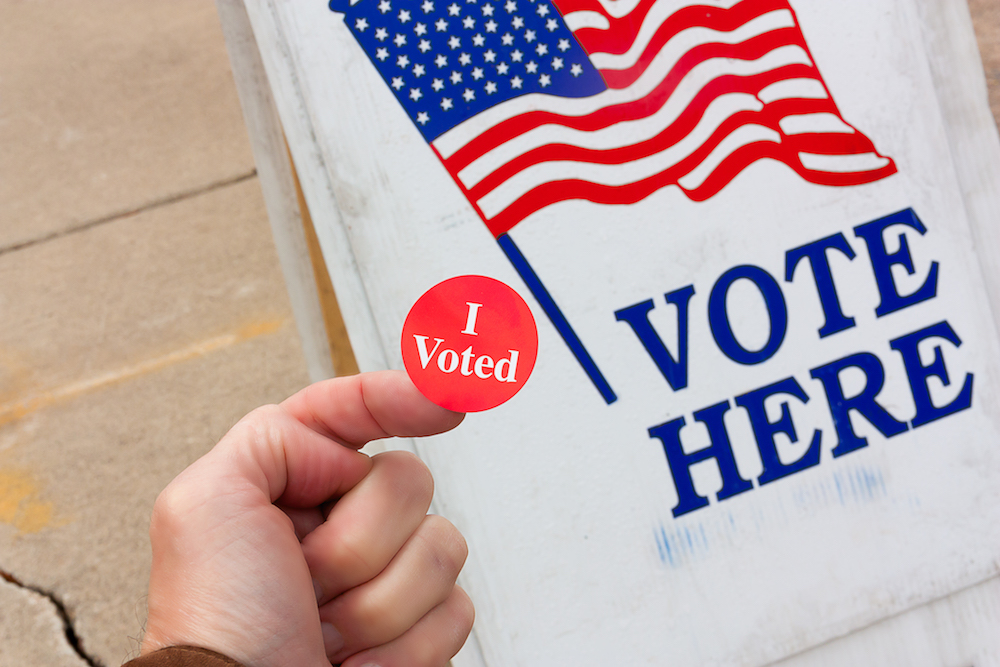 Toward the end of the afternoon, three people showed up together, a woman with her son and father. She handled the paperwork – the applications to vote, the ID-wrangling, etc. The father was old and unsteady on his feet, even with a cane, and his grandson held his arm the whole time. It was a slow and difficult process to get the three of them through; grandpa went to a sit-down booth we’d set up (with no light, because we didn’t have a long enough extension cord). The woman and her son got through their ballots – and there wasn’t much on them, this being a primary – then went over to assist the older man.

Finally, after about 20 minutes, they got him to his feet and this little trio made their slow way out. I wanted to give them a standing ovation and a lovely parting gift, but all I could do was reflect on what it took to get them there and back home on a warm summer day, in an election where most of the candidates were unopposed. And how much more it will take to get them all through it again in November.

And how despicable, how un-American, how anti-democratic, how criminal it is that the president of the United States wants to make it that much harder, for them and for millions more, in the most consequential election of my lifetime.

This piece started as a letter to our senators, Debbie Stabenow and Gary Peters, and my representative, Brenda Lawrence, but it got a little out of hand. The gloves have to come off. We are facing a president who, having benefited from Russian interference in 2016, is planning his own for 2020. And he’s saying so right out loud.

Are we fucking soft? He’s doing it. Now do something to stop him.

Michigan Mail-In Votes May Not Be Counted Due to Delays, Post Office Warns