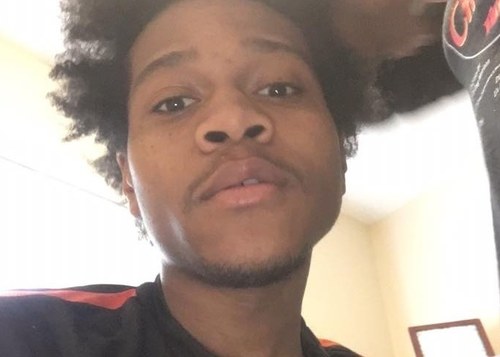 The Michigan Attorney General's Office has declined a request for an independent review of last month's deadly Detroit police shooting of Hakim Littleton, who was shot in the head while down after brandishing a gun at officers.

A coalition of 15 groups including the ACLU of Michigan and Detroit Justice Center had called on Dana Nessel to investigate the July 10 shooting in conjunction with several civil rights groups, “because those who should hold the police accountable have failed to do so.”

While video released by the department shows Littleton pulled a gun on officers, activists and others have called the shooting an “execution,” arguing the 20-year-old was no longer a threat by the time an officer shot a final bullet into his head. An autopsy released last week by the Wayne County Medical Examiner's Office found he was shot three times in the legs and once in the head.

The group contends the Detroit Police Department is incapable of conducting an impartial review. Craig defended the actions of officers immediately after the shooting and made a number of inaccurate statements, including the number of shots fired. He initially said eight rounds were found at the scene, but, in a narrated video, the group notes 10 shots can be heard.

In a statement, Nessel’s office said it would not pick up the case because a second review is already underway.

“The Wayne County Prosecutor’s Office has its own public integrity unit and there is no reason to believe they will not conduct a comprehensive, fair review of this matter,” Press Secretary Ryan Jarvi said in an email.

Such reviews are customary in Detroit police shootings, but the coalition argues they're insufficient because the unit is “not an investigative agency,” as its website states.

The Public Integrity Unit reviews existing physical and forensic evidence in a case and re-interviews existing witnesses, according to assistant prosecutor Maria Miller. However, she says the unit may also "develop, find, and interview new witnesses that were not previously interviewed,” which “can sometimes lead to finding other evidence." It can also contact outside experts to analyze forensic evidence, when needed.

The coalition said it was disappointed with Nessel's denial and frustrated that her office did not acknowledge its request. It learned the office would not pick up the case only when reached by Deadline Detroit for comment.

“In our communication to Attorney General Nessel ... we clearly set forth in minute detail the reasons for our suspicion that Mr. Littleton was murdered by police while he was in custody, completely subdued, with no remaining access to a weapon and posing no remaining threat to officers at the scene,” the coalition said. “A proper investigation could either corroborate or dispel this” but “the Attorney General’s silence in the wake of our demand merely serves to exacerbate this suspicion.”

The police investigation of the shooting, spearheaded by Michigan State Police with help from Detroit officers as part of a multi-agency task force that investigates high-profile shootings, wrapped within four days. It was forwarded to the prosecutor’s office July 14.

Craig has called the narrated video produced by the coalition "doctored." It is slown down with sound from another department video layered over it.

Deadline Detroit also coupled the only available audio from the incident with a more complete video following the shooting.

That video left it unclear as to whether Littleton was subdued before he was shot in the head. It shows Littleton turn toward officers from the ground, where police say he fired at least two shots. An officer then jumps on him and appears to struggle to restrain him. More shots are fired, though it's unclear who is shooting because the video is obscured.

An officer appeared to fire a final shot in Littleton's head approximately three seconds after he turned toward police from the ground.

The department declined to say whether Littleton was still in posession of the gun when he was shot in the head, citing the ongoing investigation. Craig said in a news conference that an officer kicked the weapon away from Littleton after the exchange, and department video appears to corroborate this. The coalition suggests it happened earlier in the shooting.