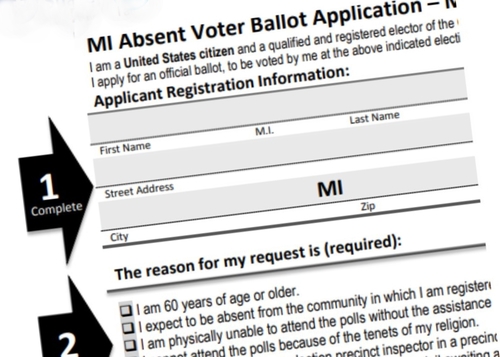 At least 11 percent of Detroit voters who ordered absentee ballots online never got them, but why remains a mystery.

Columnist Nancy Kaffer of the Detroit Free Press reports she was one of 459 people affected, but the Secretary of State's office and Detroit City Clerk Janice Winfrey can't seem to figure out what happened.

Jake Rollow, a spokesman for Secretary of State Jocelyn Benson's office, said all online applications are sent to local clerks and to those clerks' print queues through the master list of voters, called the qualified voter file, that all elections officials use, along with a message alerting the clerk that new applications have arrived. Rollow confirmed that all 459 of the ballot applications were made before the July 31 deadline, and that my application was placed in Winfrey's print queue.

From there, he said, the file shows my application was removed from the print queue. That happens when a ballot is either printed, or manually removed from the queue. Rollow said his team can't determine what happened after that.

Winfrey said my application never arrived in her office's system.

"It’s showing on our end that we just didn’t receive them," Winfrey said last week.

Kaffer also reports that some Detroiters who say they did receive and mail in their ballots say the tracking does not show them as accepted or received.

Benson has said more than 10,000 of the 2.5 million ballots submitted in last week's primary were rejected, but has not provided a specific reason as to why.