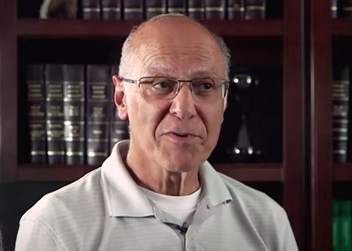 The Catholic Archdiocese of Detroit suspended Father Eduard Perrone in July 2019 with pay from Assumption Grotto Church in Detroit over allegations he molested an altar boy decades ago, the Detroit Free Press.

The church launched an investigation, and Perrone denied the allegation, which took place between 1978 and 1981 while he was an associate pastor for St. Peter Parish in Mount Clemens. He claimed the church built its case around a fabricated story created by a detective from the Macomb County Sheriff's Office.

The embattled priest found absolution in the justice system after suing a detective for defamation, alleging she fabricated the rape claim that got him suspended. The year-old lawsuit ended last week with a $125,000 settlement for Perrone — a rare win for an accused Catholic priest who convinced a three-person court advisory panel that he deserved compensation for being defamed.

Specifically, Perrone argued that the church built its case around a detective's "fabricated" report that he had sodomized an altar boy 40 years earlier, though the now-grown man has said that didn't happen, according to church and police records.  He said the detective also tried to corroborate the sodomy claim by pressuring another former altar boy into making accusations against him,  though that now-grown man has said he never saw Perrone harm a child and that the detective was trying to twist his words

Perrone, 72,  tells the publication he wants his job back. Ned McGrath, a local church spokesman, says the archdiocese awaits direction from the Vatican.

The Macomb Daily reported in July that the suit originally asked for $3 million.

The allegations of being framed centered around Macomb County Sheriff's Detective Sgt. Nancy LePage. The county's attorney says LePage did nothing wrong, according to the Freep.

Below is an interview in 2019 with the Church Militant, which describes itself as "a Christian militia which does battle against sin and the devil."