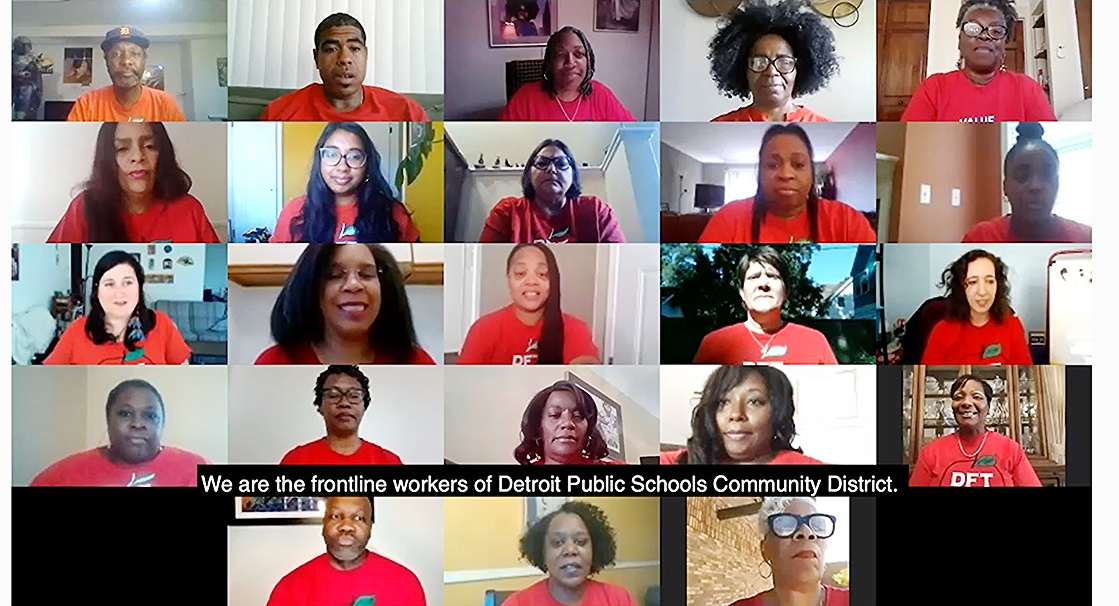 DFT members in a four-minute union video embedded below this article.

Here's another uncertainty for Detroit pupils and parents in a summer full of question marks: Teachers' union members vote Wednesday on whether to authorize a potential strike over Covid-related health and safety concerns.

Michigan Radio looks at the Detroit Federation of Teachers' position: 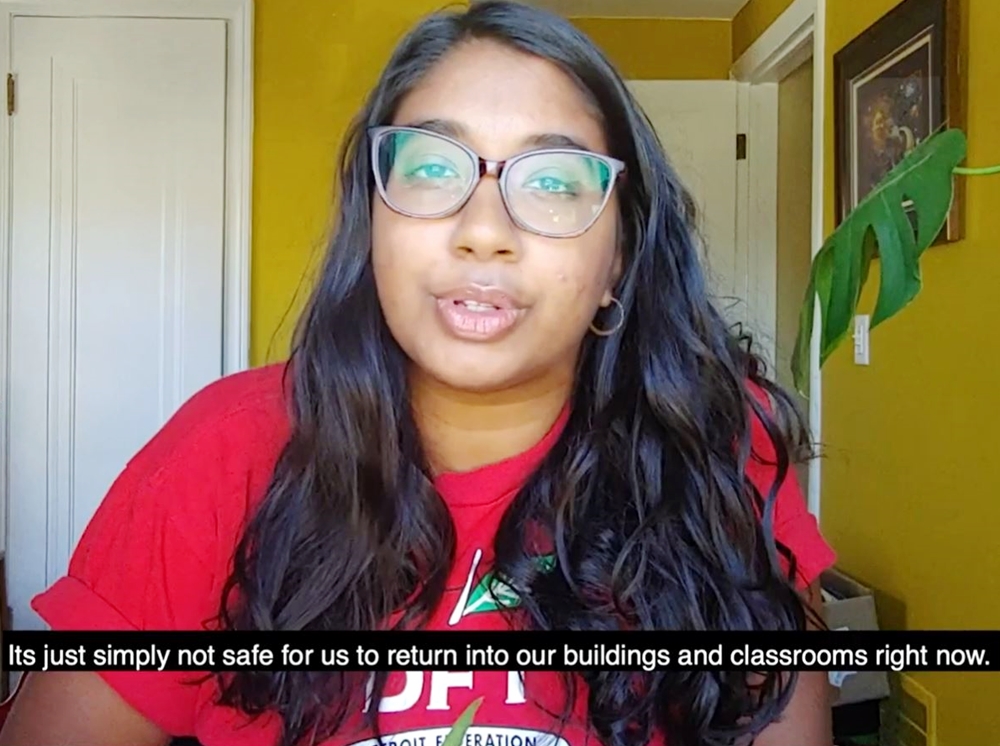 He says the school district had not talked to the union at all when creating a plan for return.

"We don’t believe that it's safe to return to schools right now -- not just for staff, but also for students." ...

The school board for Detroit meets on Tuesday. Martin hopes the board will change its mind on starting the school year in person.

The union's last walkout, which ran 16 days in 2006, was over proposed pay cuts.

The district didn't respond to requests for a comment on the strike vote, according to Michigan Radio and Chalkbeat Detroit. That education news site describes Superintendent Nikolai Vitti's earlier explanation:

[He] has said that the district's reopening plan is consistent with the federal and state guidelines for safely reopening schools, and that the plan would be adjusted if guidance changes. Vitti has also said the district is willing to consider assigning teachers who are in the high-risk category for Covid to online learning and negotiating hazard pay for teachers who work in school buildings.

Right now, the district is monitoring closely any uptick in positive coronavirus cases in Detroit. ...

Vitti cited the national American Federation of Teachers guidelines that schools should not reopen if the infection rate is 5% or higher. If Detroit's rate were to meet that threshold, Vitti said he would call for the closure of schools. ...

Dr. Joneigh Khaldun, the state's chief medical executive, said during a press conference Friday that the city has seen marked improvement. The rate of positive Covid-19 test results in the city is 2.6%, while the rate is 4.1% for the entire Detroit region, which includes nine counties in Southeast Michigan.