Twenty-one minutes of federal evidence against indicted Detroit Councilman Gabe Leland are posted by the Detroit Free Press, which invites subscribers to "listen to the transactions that are expected to end Leland's political career."

"The Free Press used the Freedom of Information Act to obtain the recordings and other records generated by the federal public corruption investigation of Leland's conduct," writes reporter M.L. Elrick. 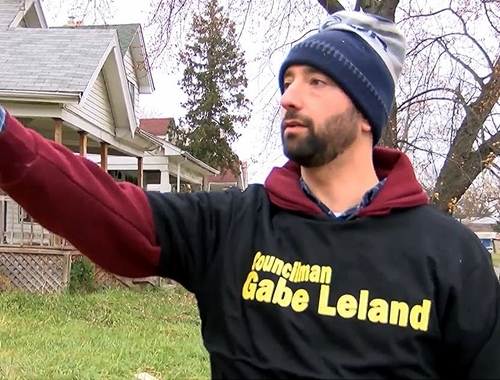 The council member in 2016
(Photo: YouTube/City of Detroit)

The 2017 recording below is from an FBI listening device hidden on businessman Robert Carmack, who wanted the councilman to block the city from selling land Carmack said he owned. The men met at Sting, a Michigan Avenue strip club on Michigan Avenue.

Topics of the late afternoon meeting, according to Elrick, included "just how Carmack would get the money [a $15,000 alleged bribe] to Leland."

As a result of Carmack's cooperation with the FBI, a federal grand jury in 2018 indicted Leland on bribery charges. The councilman, who represents District 7 on the city's west side, struck a plea deal earlier this year with federal prosecutors to resolve the case by pleading guilty in state court to a charge of misconduct in office.