Only Gretchen Whitmer knows if she regrets a pre-TV aside Monday night that old-school journalists report with asterisks. The governor should be amused -- flattered even -- by the badass image reinforcement she earns with "a moment of levity," as she puts it in a WXYZ interview.

In case you've been in a media-blackout quarantine, this is what has been watched over a half-million times:

And yes, she does say "mother fuckers"

What week is it, @gretchenwhitmer?

We haven't seen her phrase on clothing yet, though a Reddit admirer suggests that inevitable step: "Can someone make this into a T-shirt," asks a Grand Rapids user posting as BGAL7090.

Another Redditor comments: "This only increases my admiration for her."

While the raw talk (or "irreverent joke," as a Detroit News headline calls it) entertains some of those already on her side, it alienates others -- just as Rep. Rashida Tlaib did in January 2019 with the same compound-word choice in a call for impeachment at a reception after her swearing-in. 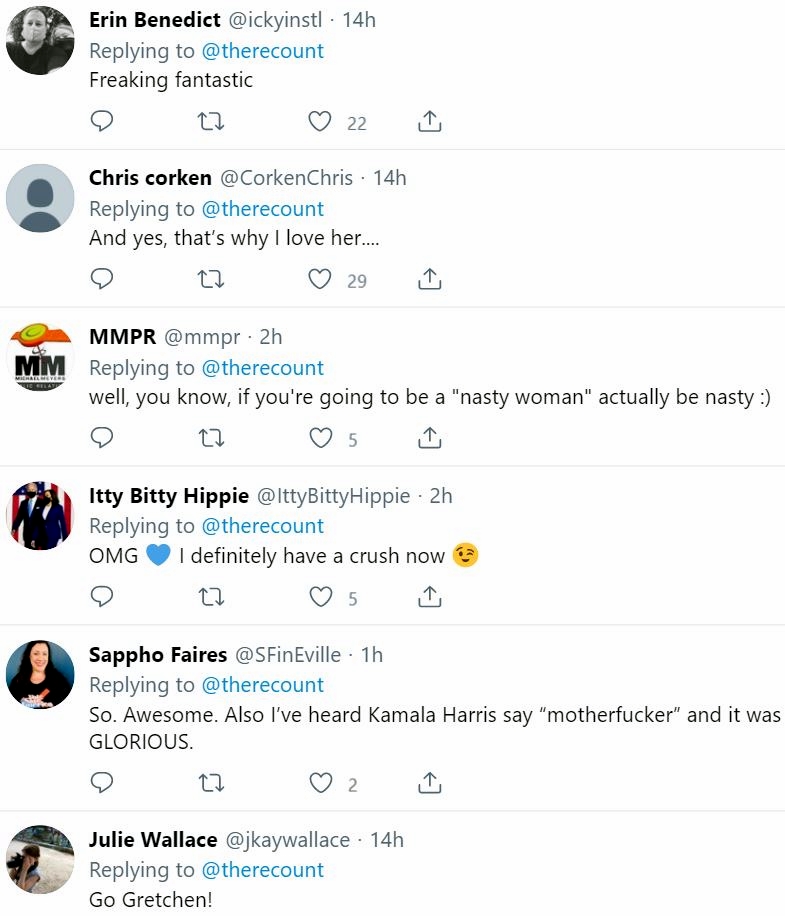 Twitter comments under the clip posted by The Recount.

"Not a good look for Whitmer. She should know better," tweets Scott R. Daniel of Novi.

Others are more understanding, forgiving or giddy. A social media sampler is below and at right:

And from candle entrepreneur Devin Stevens of Adrian, Mich., comes this instant offering: