As the saying goes, hope for the best but prepare for the worst, so here’s the nightmare scenario for many of you: It’s sometime in mid-November 2020. All the votes, in-person and absentee, have been counted, and once again, President Trump has squeaked out an electoral college victory. The country faces four more years like the last four.

You might be thinking, for whatever reason: OK, time to leave.

Some might call you a quitter. Stay and fight for your country! Join the resistance! But others, wise to the tides of history, might advise you to consider the millions of Americans who can trace their lineage to a conflict that made them refugees, or something similar. European Jews, Middle Eastern Christians, Chinese anti-Communists – all were smart or desperate enough to leave their homelands behind and make a new start here.

So where can an American be an expat? Whether your ambition is to lounge in sidewalk cafes and live off your savings or start a new business and make your fortune, you have choices.

First things first, though, this from Canadian immigration attorney Eddie H. Kadri, who lives and works across the river, in Windsor.

“Every U.S. election raises the overall temperature,” he said. “Your politics have become very destructive, so no matter who wins, it seems the sky is falling.”

In other words, he’s heard all of this before. That said, “Trump’s win in 2016 was simply the largest uptick in Americans looking to immigrate in my career,” he added. “Our government website crashed (on election night),” from panicked Americans assessing their options. 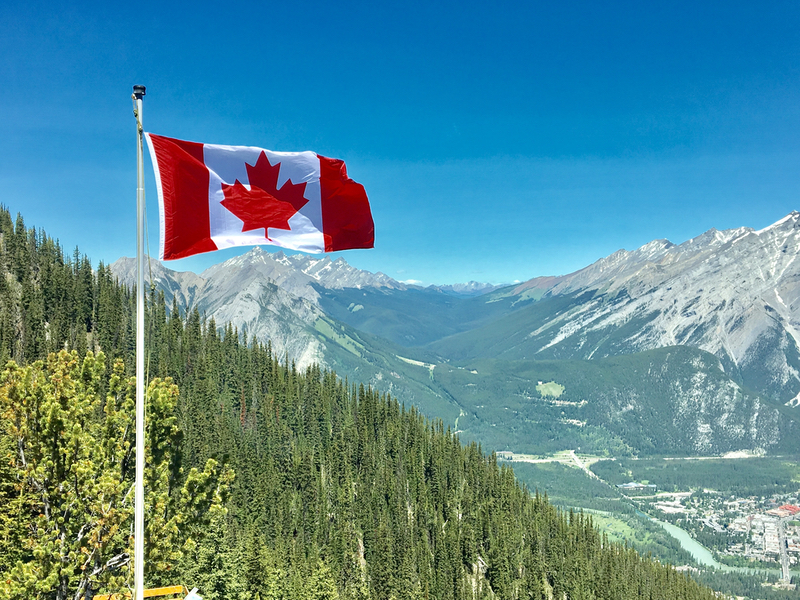 So let’s start with Kadri’s homeland, Canada. It would be the logical choice for many Americans – close by, English-speaking, functional Western democracy. And Kadri reports that Canada’s commitment to newcomers is strong enough that “the government made a statement, in the midst of (the pandemic), that Canada will continue to welcome immigrants,” Kadri said.

That said, it’s not as easy as simply crossing the bridge in a U-Haul.

While Canada has over 60 pathways that lead to permanent residency, most break down into two groups, he said: Work permits for skilled individuals, or being a “high-wealth individual.”

The first path has various sub-groups, detailed on the nation’s excellent immigration website. It’s easier to be welcomed to the Maritime provinces or a labor-starved rural area than, say, Toronto. But if you have skills and education, Hadri said, it’s worth a look.

High-wealth individuals are needed to invest in Canadian businesses. The bad news: You can’t just throw a few dollars into a startup; Quebec, for instance, wants an investment of at least $1.2 million over five years.

Maybe you’ve heard that Canada welcomes political refugees, and it does. But, Hadri notes, it doesn’t cover merely despising the American president.

What about south of the border? For a president who regularly whips up his base with claims of gangsters and human traffickers swarming into the U.S. illegally from Mexico, there’s a certain bird-flip to going in the other direction, to the other side of the still mostly non-existent wall. And maybe you speak a little Spanish. 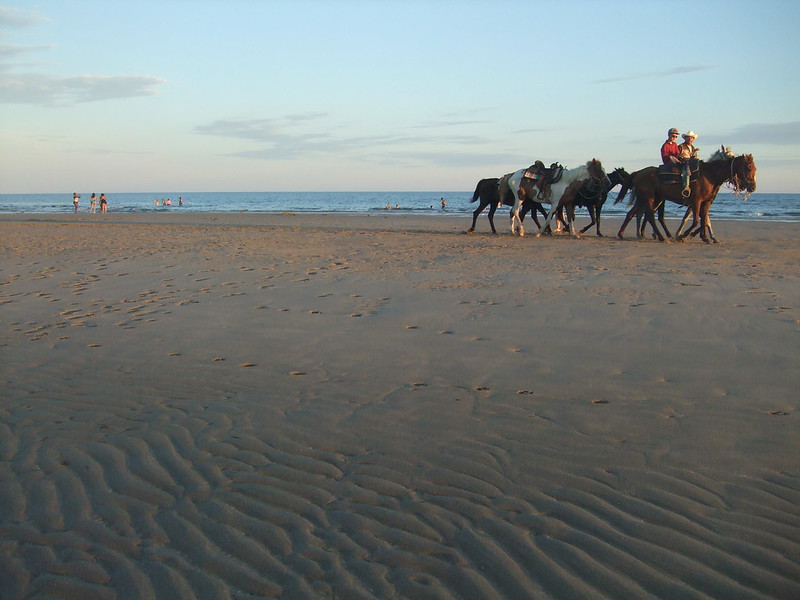 Good news! It’s easier than Canada, especially for retirees. In fact, it may be ideal for retirees; as a paragraph on this website states:

Temperate weather promotes good health. Enjoy ample choices in pastimes and healthcare facilities. The food is fresh and varied, and your pension goes further in Mexico—that is especially attractive to those on fixed incomes.

Yes it is. Retirees basically need to “apply for retirement status and prove they have sufficient monthly income (or substantial assets) to support themselves.” Given that the good life in most Mexican locales is available for under $2,000 a month, that’s good news.

For younger people, there are other routes to permanent residency. As in Canada, it helps to be an investor, a skilled professional, an artist or refugee.

But say you’re an optimist. Maybe you just want to get out of the U.S. on an extended walkabout – your own personal apology tour, if you will. Mexico makes it very easy to be a long-term tourist. Standard tourism visas run for 180 days, nearly six months. You can then return to the U.S. and almost immediately turn around and re-enter Mexico for another six months.

There’s also a temporary long-term resident permit, which can last anywhere from one to four years.

Maybe you want to get the hell off this whole damn continent. Any other options? Of course. You want to make your heart hurt? Get this: 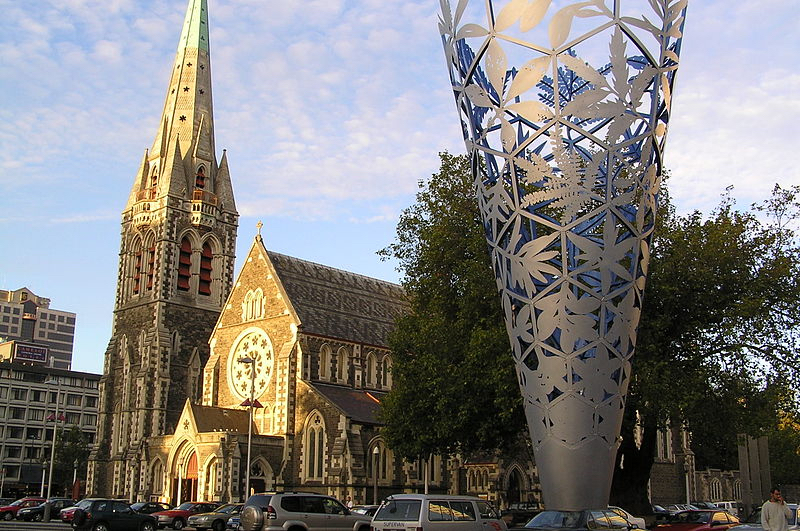 It helps that we’re refreshingly detached from the political turbulence affecting so many other parts of the world. We enjoy a long tradition of relatively calm and polite political debate.

What is this paradise? New Zealand. English-speaking (with a charming accent), democratic, healthy – they licked Covid – and with a female prime minister. Let’s do this!

Again, this is a country where, if you have the right skills, your skids will be greased. The country has a point system for evaluating potential immigrants, the better to fill shortages in skilled employment, especially in rural areas. You may have heard that sheep outnumber people in NZ, and they do. So “veterinarian” is definitely on the long-term skill shortage list.

What about Australia? The welcome mat isn’t quite so broad, but there are ways over the threshold – work for an Aussie company, family links, investment, retirement.

The downside to down under? Don’t plan on many trips back home to see the ones left behind. Flights are long and expensive.

One country deserves mention, if only for its novelty – Svalbard, technically a Norwegian territory. It has no restrictions on migration, so all you need to do is show up. The catch: The archipelago is way, way, waaaaay up in the Arctic Ocean, “midway between continental Norway and the North Pole,” according to Wikipedia. So, you know, golf season is very short. Only about 2,600 people live there, and it helps if you speak Norwegian or Russian, and don’t mind four months of darkness a year. 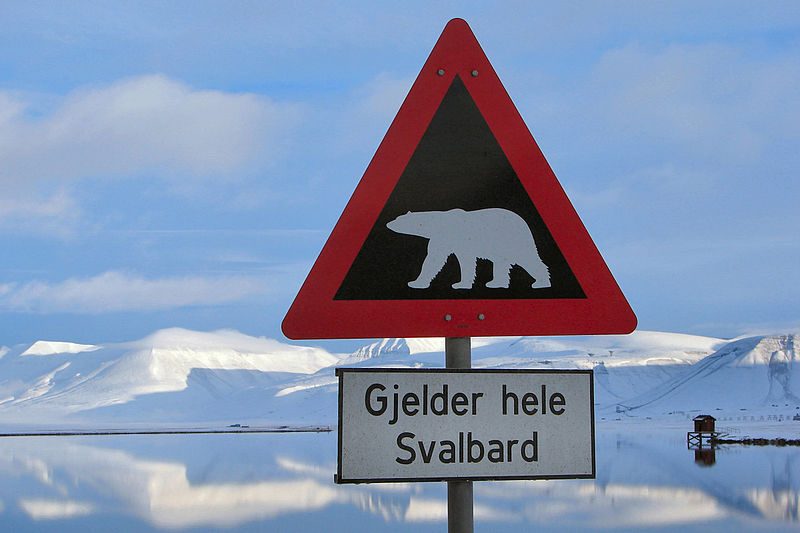 In Svalbard, no immigration hassle, many bears (Photo: Wikipedia)

The world is big, and most countries allow at least some immigration. You know how to use the Google. But this may be the point in a fairly lighthearted piece to bring the focus back home. Despite the political climate, the U.S. is still seen as the land of opportunity for approximately 1 million souls who arrive every year, hoping to gain a foothold.

The U.S. foreign-born population is now about 44 million. And for those who seek to join them, the road is far rockier than it was in, say, 2016. Ruby Robinson, managing attorney for the Michigan Immigrant Rights Center, points to various policy changes made by the Trump administration that not only restrict who can come, but have had a chilling effect on those who are only thinking about it.

They’ll likely find someplace else, and will do what immigrants have done throughout history, i.e., bring hustle and smarts and new blood to new places, energizing and enriching them. Maybe you’ll meet some of them on your journey. Tell ‘em America says hi.